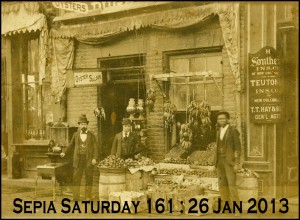 Today’s prompt is a photograph of the Dughi family store in Raleigh, North Carolina, taken about 100 years ago. Although I was not familiar with the surname Dughi, a quick visit to ancestry.com informed me that the vast majority of immigrants with the surname came to the U.S. from Italy.

As I have come to learn from marrying into a family that immigrated from Italy, produce merchants and grocers were common occupations among Italian immigrants. Most people in Texas associate the surname Morales with Mexico – or other Spanish speaking countries. My husband’s family, however, came to the U. S. from Sicily and the name is not uncommon there.

The M. Morales noted on the sign is Martin (Matteo) Morales, my husband’s great-grandfather. He was born in Mezzojuso, Sicily in 1856. I have not pinned down his arrival – census records are difficult to read, but my best guess is 1887. Martin settled in Houston, Texas. “& Sons” were Simone (my husband’s grandfather) and Joseph. Although the business dealt in other fruits and produce, bananas took precedence. When the family talks about the business, they refer to it as “the banana house.”

The 1920 U.S. Census lists Martin as having no occupation, so perhaps he had retired by then and turned the business over to his sons. He died in 1924.

The picture above is cropped from the photograph below. We don’t know the identity of anyone in the picture, why the deer is hanging there, or when the picture was taken. The truck on the right appears to be a delivery truck for the business, although most of the lettering is cut out of the picture, so I guess I can’t be sure. The 1929 City Directory for Houston has the following listing:

You can see a portion of the slogan on the far left of the picture. My husband is in possession of a promotional item from the business. It is metal and rather heavy. The slogan is a little different. 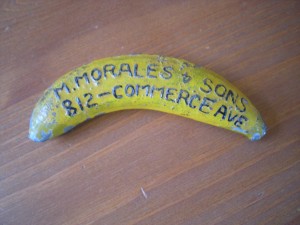 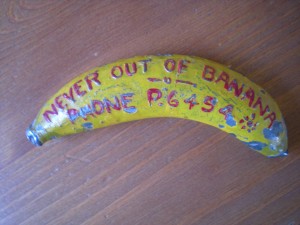 The banana house was located at 812 Commerce Ave. which is near the convergence of Buffalo Bayou and White Oaks Bayou. Boats and barges traveled up the ship channel and delivered produce and other goods to businesses in this area. Railroad lines were also located nearby. Commerce Avenue became known as “Produce Row.”

This area of Houston experienced two major floods in the early 1900s – in 1929 and 1935. We have several undated pictures of flooding in the area in our collection of family photos. It seems likely that the banana house was flooded, but we don’t know for sure. 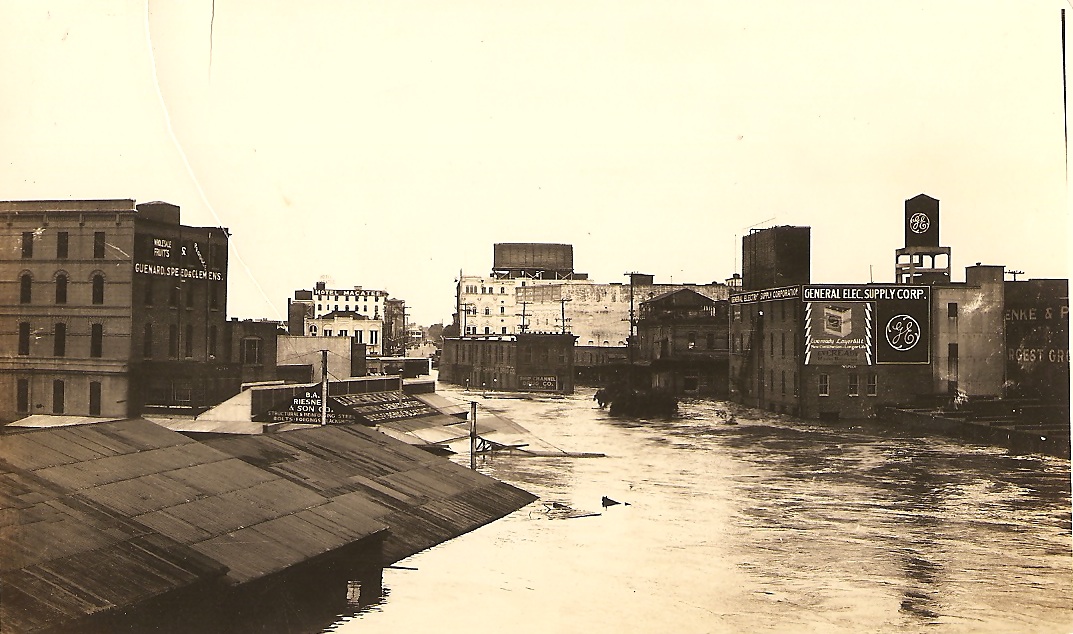 A law firm purchased the building (formerly two structures) located on the 800 block of Commerce in 1971 and renovated it for use as office space “with the goal of maintaining the original integrity of the structure.” Their website provides some history of the building and a really small picture that looks a bit like our picture above. We have heard that there are photos of the old building inside. (Once again, I am unable to embed the street view from google maps.) It looks like the end of the block where 812 would have been is a parking lot.

The only other picture we have of the banana house is a rather grainy copy of Simone (Mooney) in the office. 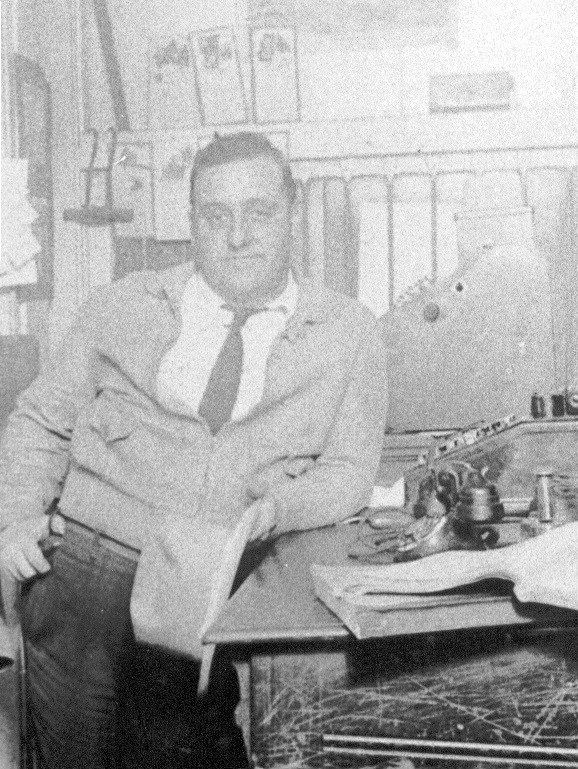 I sure wish we had a better copy so we could see more detail. When I emailed this picture to another member of the family, she wrote back, “Uncle Mooney was the happy go lucky Morales and he seems so somber in this picture.” Also undated – I’m guessing 1940s. Mooney retired when he was fairly young and died in 1968.

Fresh Air on NPR has an interesting interview with Dan Koeppel, author of Banana: The Fate of the Fruit That Changed the World. Listening to it while driving during traffic one day, I learned that the variety of bananas our grandparents ate were destroyed by a fungus and that the bananas we eat today (apparently much inferior in taste and durability) are also at risk of being wiped out in the near future. There’s a good bit of banana history and culture in the interview, if you are interested.

I feel I must end with a banana song. Since the business slogan was “We Are Never Out”, I thought Yes, We Have No Bananas to be the logical choice. (What a silly song to sing in that beautiful dress!) My husband, however, thinks Please No Squeeza da Banana is a better choice.

Now stop squeezing the bananas and go shop at some other Sepia Saturday merchants.

P.S. The Mandola family were also grocers in Houston. Damian Mandola (perhaps you caught him on his cooking show on PBS several years ago) operates three locations of Mandola’s Italian Market in Austin, TX. Each has a wall (photo 5 in the gallery) dedicated to historical photographs of Italian grocers – mostly in Texas. The photo of the banana house is there as are photos of the Ferraras – my husband’s great-aunt and uncle, who had a grocery store in New Orleans.