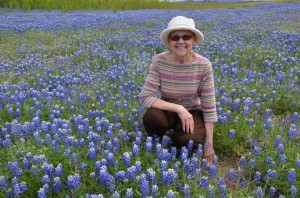 A recent picture of me

As those of you who follow my blog know, I was diagnosed with a rare lymphoma last year and had several months of chemotherapy followed by a stem cell transplant. When you have a stem cell/bone marrow transplant, the medical staff refers to the day of your transplant as your “new” birthday. As the time approached for my transplant, I wrote the following message to my friends and family on Facebook and my Caring Bridge journal:

I turned 60 in October and wasn’t able to celebrate quite the way I wanted to. I have a “new” birthday coming up – the day I receive my transplant. And I thought of a way I would like to celebrate.

I like to collect stories. It was one of my hopes in starting my family history blog – sharing the family stories I know and hoping others in the family would share more family stories with me. Not all of you are blood family – but you are my family and so what I would really like for my new birthday are stories from you. About anything, really – but personal and true…. how we met, a time we shared together, the worst (or best) date you ever had, when you got your first car or learned how to drive, your proudest or most embarrassing moment, something silly one of your kids did, why you love or hate beets, a story about a relative we share, or about your own special grandmother or whomever. Ridiculous or sincere. All are good!

You can email me, or private message me on Facebook – but I like letters I can hold in my hand and read again, so when I know my room number I’ll let you know how to send me mail in the hospital.

My new birthday will be February 12th.

I got my birthday wish and the stories shared are treasures to me. I just can’t resist sharing some of the stories I received!

So today, I’m sharing three stories sent to me by a dear friend, Kathryn. She emailed them on three separate days, giving me three days of pleasure reading them while I was in the hospital. I printed them out today and held them in my hands and read them again. 🙂

I hope that in sharing them, I’ll encourage you to write down your stories too! 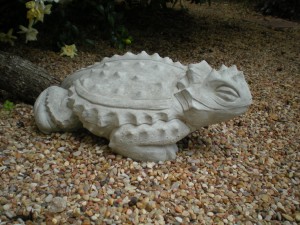 In my career as a “professional” substitute teacher there are lots of stories.  This is one of those that makes you ask “what are the chances????!!!”

As the choir teacher’s sub I tried to get ALL (38-40) of the boys’ choir quiet and standing still on the bleachers….a nearly impossible task.  To make it more difficult, the choir room is always freezing cold, therefore most of the boys had their arms inside their shirts. (Of course boys think bashing into each other is mandatory when their arms are inside shirts).  Broken noses and black eyes in the making…I could visualize the accident and explaining to administrators how the injuries happened. I, the inept substitute, would be to blame (of course).

I finally achieved some calm.  Instructing them to take their arms out of their shirts I described in detail how important arms are in breaking a fall…unless they really liked broken noses.  Most of the boys abided and stood with both arms in sight.

A second reminder brought most of the remaining hidden arms out.

And the third all but one.

I looked sternly at the one boy who only had one arm out of his shirt and told him I was talking to everyone and expected BOTH arms out.  He looked around, surprised that I was talking to him.  He then said, “OH, I only have one arm!”

I glanced at several other boys with a questioning, horrified look asking for confirmation.  They verified, “Yea…he only has ONE arm!”

I stammered my apologies and that if I’d have known about his situation I would NEVER have asked him to show me both arms!

He shrugged and said, smiling, that it was no big deal!

What are the chances?

That boy will go far in life with his acceptance, both of himself and others!

When I was a kid we had all sorts of pets.  Of course there were the “normal” ones…all dogs, as our mom hated cats. (One scratched her when she was small).  There was Bootsie, black with the obligatory white paws. And our Scottish Cairn terriers and West Highland terriers–Piper, Drummer, Cailin, and Laddie.

But we did end up with some odd ones that came through our household. One was my brothers’ favorites–a big red-eared turtle.  Our mom was out one morning and our housekeeper, Mary, was babysitting when the turtle snapped onto one of my brother, Bruce’s fingers.  He came screaming through the backyard with the turtle flailing with every shake of Bruce’s arm but the turtle did not let go.  Oh, no….turtles can hang on tight!  Mary tried to pry the turtle’s lips (I don’t think that turtles really have lips, but…!)  Nope, can’t pry turtle lips apart even with an ice pick! Bruce was wailing by this time so Mary called my daddy at his medical office, sure that Dr Lindsay would have a solution. Nope. Daddy was in the middle of his very busy morning, annoyed that he was bothered by such a silly thing as a turtle stuck on his boy’s finger.  He only confirmed to Mary that the turtle would let go when it thundered. And hung up. No clouds in the sky that day. Daddy apparently didn’t know the answer.  Bruce yelled louder as his little finger was turning blue. And that turtle still was hangin on.  Mary, the ever-caring, brilliant woman of the world called her husband, Mr. Willie (a jack of all trades and our yard-man) who instantly had the solution.  He told Mary to light a match under the turtle’s belly and he’d let go.  Sure ‘nough, the turtle quickly let go.  Bruce’s finger took a while to mend, but all was well, thanks to Mary and Mr Willie.

Sadly, we were given baby chicks for Easter…pink, blue, green dyed ones.  We loved getting them. They were so soft, so cute, and cheeped so urgently for us to play with them(at least that’s what we thought!)  We kept them in special bed/boxes we decorated for them.  Rolled them around in dolly buggys, wrapped them up in little blankies, put them in our doll house.  I didn’t want to leave mine outside so I put him in my pocket.  And then forgot and sat on him.  So sad.  Poor Easter chickies.  I to this day feel badly for those chickies.

Also in our backyard we had a corner with no grass where we played in the dirt…kind of like a pitiful-kid’s sandbox since Bryan has really sandy soil.  We found a big tarantula that lived in a hole in our dirt corner.  She was pretty and brown and furry, about as big as a 6 year old’s hand.  We would make mud-pies that she would march around and over.  We had cups of water to make those mud towers and always left some fresh water for her to drink.  Soda crackers were stuffed in her house for her snacks and we KNEW she loved them…and us for bringing her those treats.

Mr Seigbornson brought Daddy 3 chickens to pay him for his medical services one day.  Mr Seigbornson was a proud man, a farmer who couldn’t pay in currency but was fair. He didn’t want to make a big deal out of not paying with money but chickens instead so he went to the back parking lot(always shaded), found my Dad’s car and put the chickens inside.  My dad came out hours later to find the frightened fowl who made quite a mess in their cooped (I couldn’t resist!!) up surroundings!  I don’t know what happened to those chickens….I think our neighbors didn’t appreciate the noise.

Wiiiillllliaaaaaammmmm (you have to say it like a goat talks!)was a goat that one of my dad’s patients brought to him as payment.  William was mighty cute and we loved him.  My mom did not love him since he ate ALL of her garden down to the dirt. Banana trees, strawberries, flowers, etc. We would let him in the house and he would clickity-clack around the wood floors until Mommy would find out and shoo him out.  He went to a new home “out in the country”. (Or else he was a cabrito dinner for El Vira Gonzales, Daddy’s nurse!)  Daddy got probably 3 different Williams through the years as I remember. When I was in high school and my two sisters were in college at A&M we took William (the last) to the Dixie Chicken.  The Dixie Chicken was a rickety beer joint across the street from campus with free stale crackers, 25 cent Lone Star beer, dogs laying around, tables with lots of names and things carved into them and domino games always being played.  Perfect place for Aggies!  We figured since folks could bring their dogs we could bring William (the last). He fit right in!

I wonder if our kids will think back on their childhood pets and think how boring we were to only have one dog, one parakeet and a few guinea pigs! Though I must say, Stewy the parakeet was quite amazing with his vast vocabulary and well-timed comments!

That’s it for today. Weren’t her stories fun? Now go and write your stories!

2 thoughts on “Treasure Chest Thursday: Stories for my New Birthday”