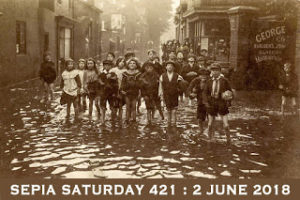 Last week, I wrote about the July 1963 Protest at Gwynn Oak Park in Baltimore. Today’s prompt image is useful to tell the rest of the story. If you missed last week’s post, I invite you to take a look. 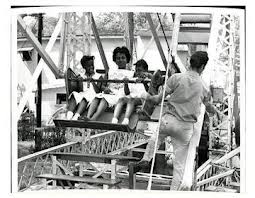 Under pressure to integrate Gwynn Oak Park during the late 1950s and early 1960s, the Price family, owners of the amusement park, claimed that integrating the park would be financially disastrous. But after Gwynn Oak Park integrated on August 28, 1963, the Washington Post ran an article in September with the headline “Gwynn Oak Park Integration Called Financial Success” and reported that the first weekend of September the park earned more money than it did the same weekend the previous year. The transition went smoothly and everyone was seemingly pleased with the outcome.

Eight years later, however, attendance at the park was down and Gwynn Oak was struggling. The owners blamed their financial problems on integration, but by 1971 the times were changing. More Americans owned cars and society became dominated by the automobile; the trolley lines were gone; and big theme parks like Six Flags were on the rise.

Most of the old trolley parks around the country closed. 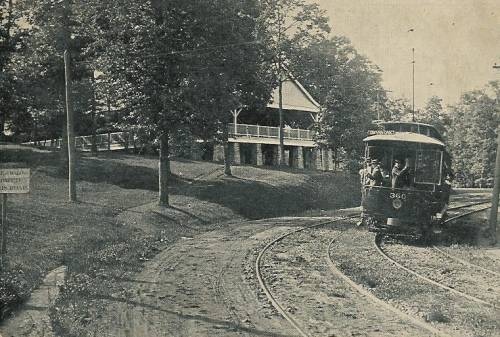 In 1971, the owners of Gwynn Oak took out a loan for half a million dollars, but this wasn’t enough to keep the park afloat and in good repair. In early June 1972, an inspection by county officials found that fourteen of the park’s thirty-nine rides were unsafe.

I found this trailer for a DVD that uses old family footage at the park interspersed with the abandoned ruins.

The county took over the park, which remains open as a picnic and recreation area. Most evidence of the former amusement park is gone. A plaque explains the historical significance of the site. 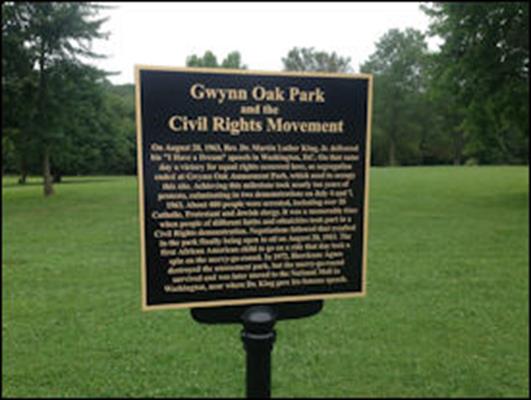 But that is not the end of the story.

Amazingly, the merry-go-round was spared by Hurricane Agnes and was put up for sale. 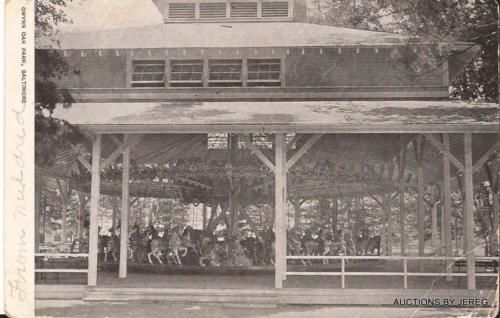 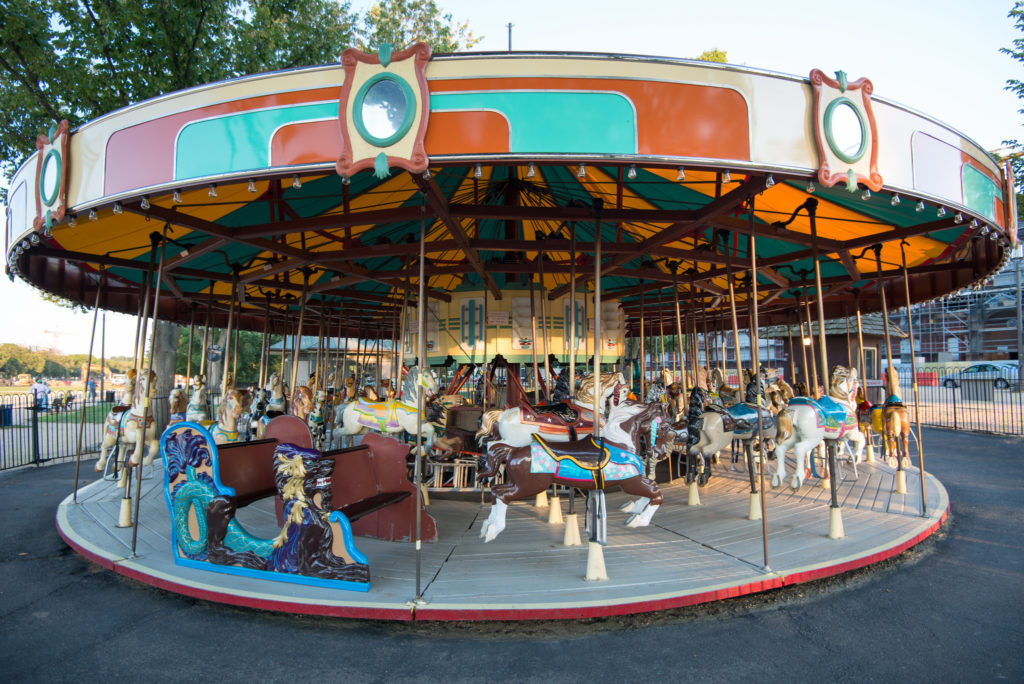 Gwynn Oak’s old merry-go-round got a new coat of paint and a new name: the Carousel on the Mall. In 1996 a sea dragon was added to mark the 150th anniversary of the Smithsonian. Later a spinning-tub car was added and the ride’s pipe organ was replaced by a CD player.

The Carousel on the Mall sits within view of the Lincoln Memorial where Rev. Dr. Martin Luther King, Jr. stood on August 28, 1963 and made his “I Have a Dream” speech – on the same day that a black child first rode this merry-go-round in Baltimore, MD. 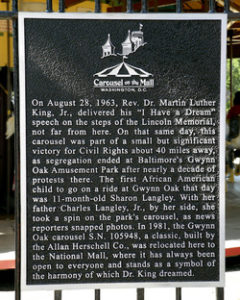 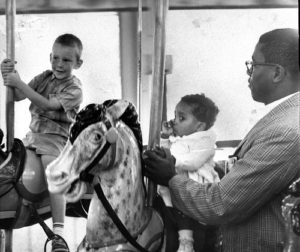 Please visit Sepia Saturday and see how others have interpreted the theme image.

Nathan, A. (2011). Round and Round Together: Taking a Merry-Go-Round Ride into the Civil Rights Movement. Philadelphia: Paul Dry Books.