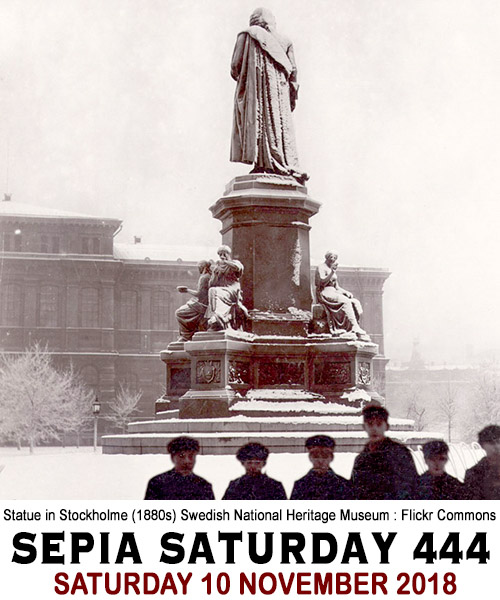 When I first looked at the prompt photo, I was so focussed on it being a picture of the back of a statue that I completely missed the people facing forward. That being the case, it reminded me of some photos I have taken of backs.

Oh my gosh! I thought I was a week ahead with this post and instead I’m a week behind. Guess what else I didn’t notice about the prompt photo until just this minute when I went back to edit this again for the 10th time – THE DATE!!! Oh well. I’ve spent time on this, so out it goes!

I have been plagued by plantar fasciitis for several months, but I used to walk regularly. I mostly followed the same route around the neighborhood, which can get pretty boring, so I started looking for something to take a picture of on each walk. Sometimes a theme would emerge and I would take a series of pictures with my phone and post them on Facebook when I got home because I knew my friends wanted to see them! 😉

One day I was almost home and noticed that a house not far from mine had a little statue of a pig in the front yard, but the pig faced the house and not the street. It’s back was to me. So, on my walk the next day, I looked for objects facing away from me and I would end with the pig. 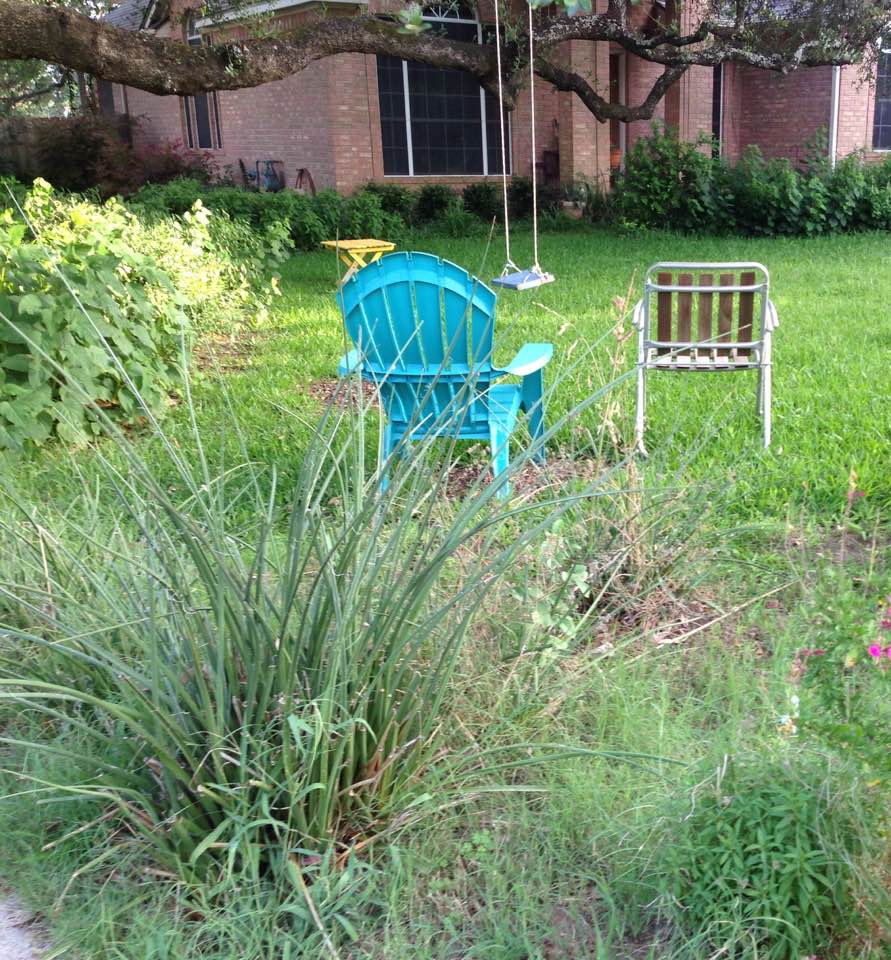 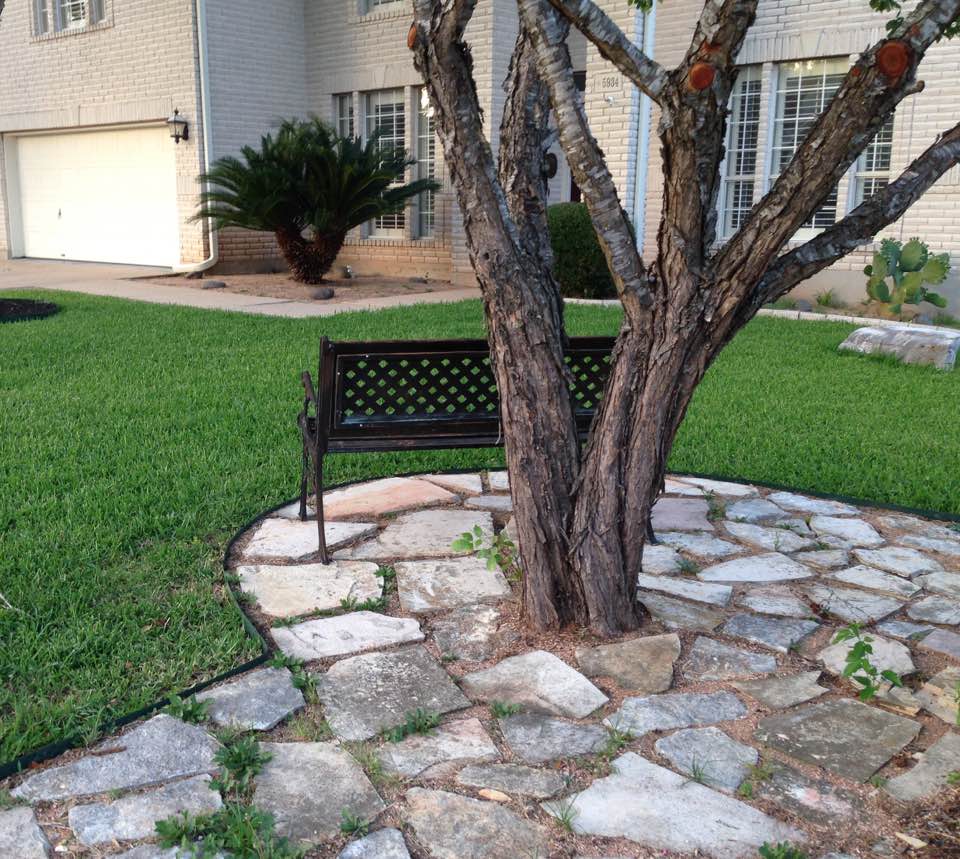 There was another backward facing little animal in another yard, but my photo was blurry. I get nervous that someone will think I am doing something nefarious, so I quickly take a shot and hurry off. And I don’t want to get on someone’s lawn either. This is not a recipe for good photos.

Just as I approached the house with the pig, the owner drove up and parked in the driveway. I really wanted the picture, but I knew I would have to explain myself. I told the woman that I entertain myself while walking by taking photos of things I notice along the way and that I wanted to take a picture of her pig because the day’s theme was things with their back to me. She said, “Oh here you go!” and she turned her back to me so I could take a picture of her back along with her pig. What a good sport! 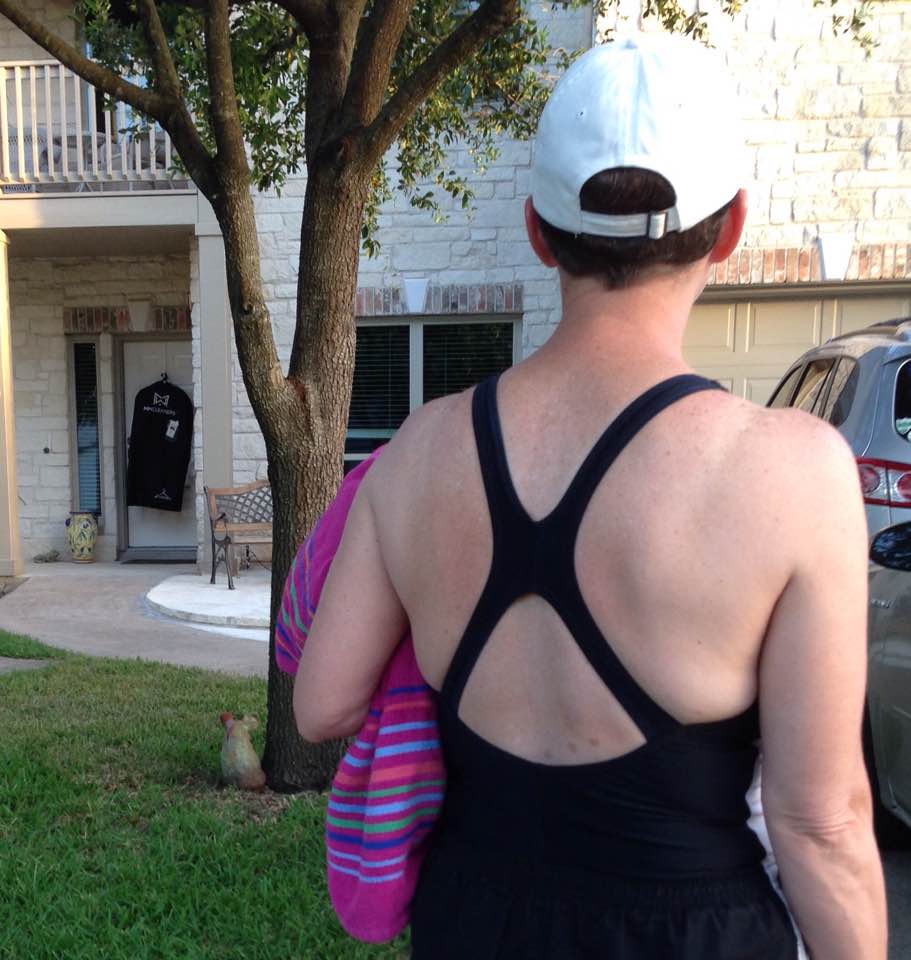 In case that’s not enough backs for you, I looked for more!

Here is one I took at a stoplight one Easter weekend. 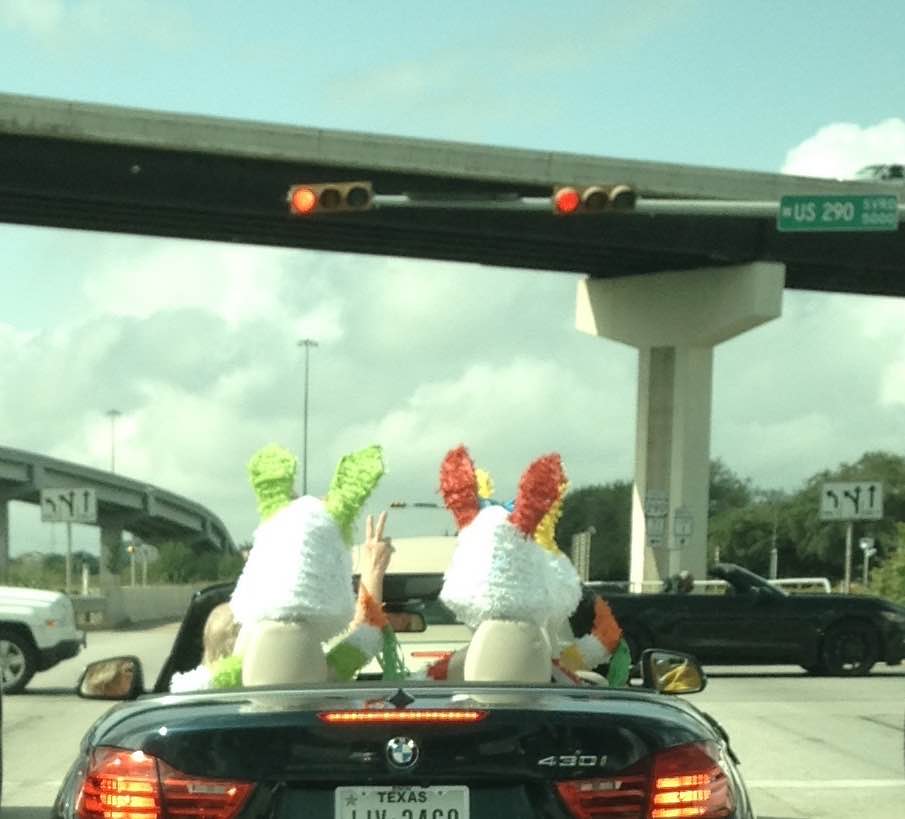 After being out of town for a week, I enjoyed the view from the patio and so did Lola. 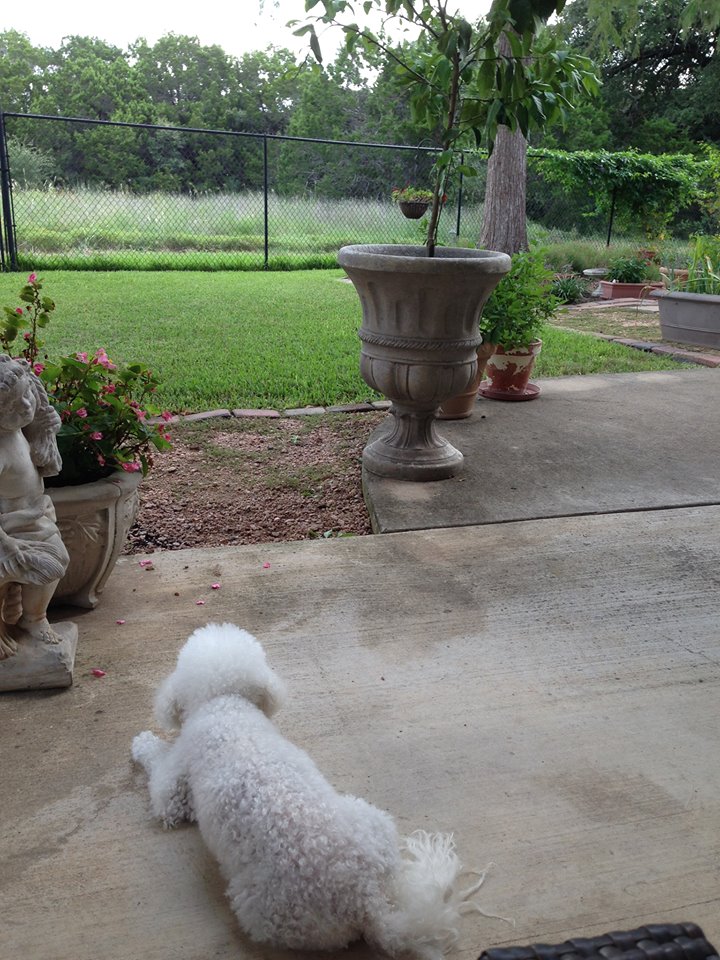 Unfortunately, we lost our sweet Lola in May. In August, my son’s dog came to stay with us for a week. He made himself at home next to me on the patio furniture, but Dreamboat (our daughter’s dog who lives with us), was having none of it. He refused to join us and turned his back to us at every opportunity.

The big dog, Matty, lives with us now too. Dreamboat has come to accept his presence, albeit begrudgingly.

Austin has a wonderful new public library and I was fortunate to attend the preview. I spied a friend through a window taking a photo of other people. He was working. I was just playing around. I hoped I didn’t photo bomb his picture. He never said anything.

The rise of a hill gave me this view of the backs of folks in front of me in our local MLK Day parade 2018. 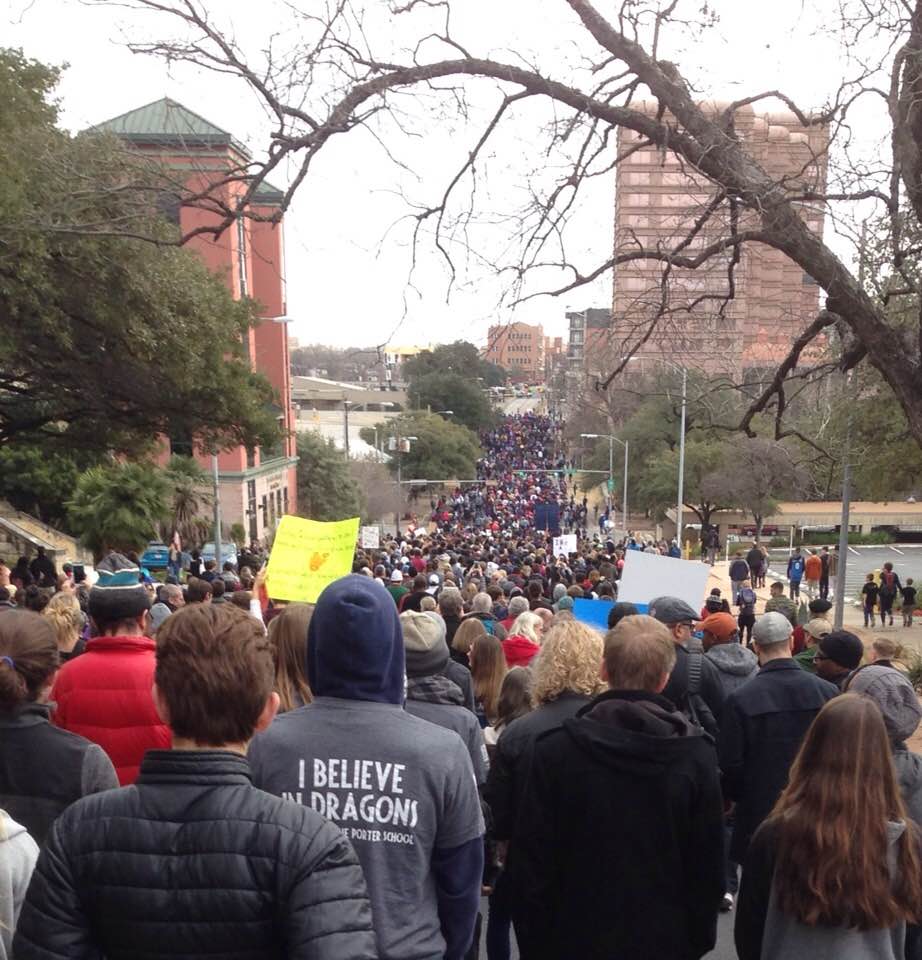 Sometimes a photo from the back is the only view easily available, yet still provides context. 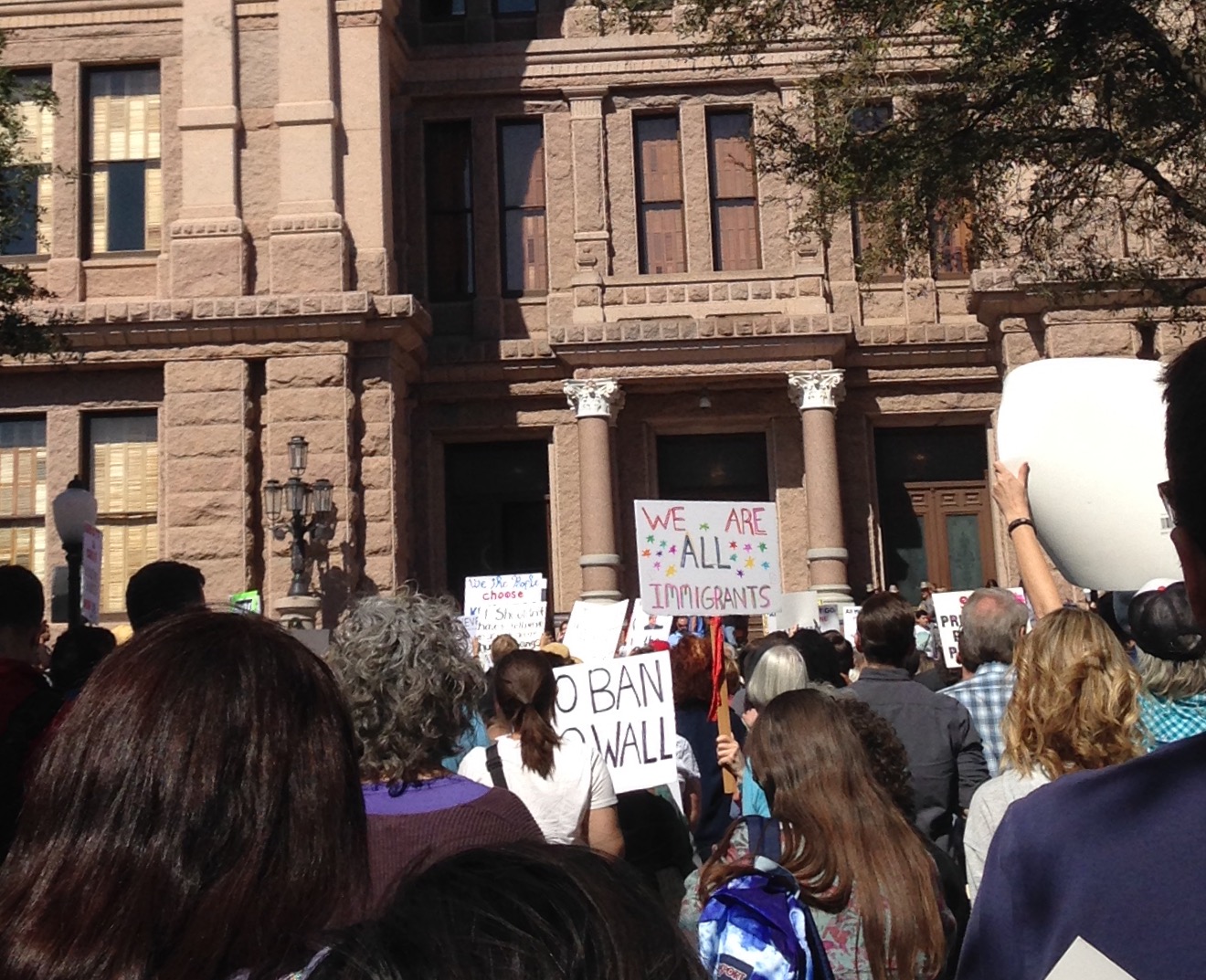 Sometimes I take a photo from from way in the back trying to capture the person at the front… and find that when I crop out all of the extraneous backs, the focus of my photograph is out of focus. I have several photos like this one of Father Greg Boyle at a book signing. 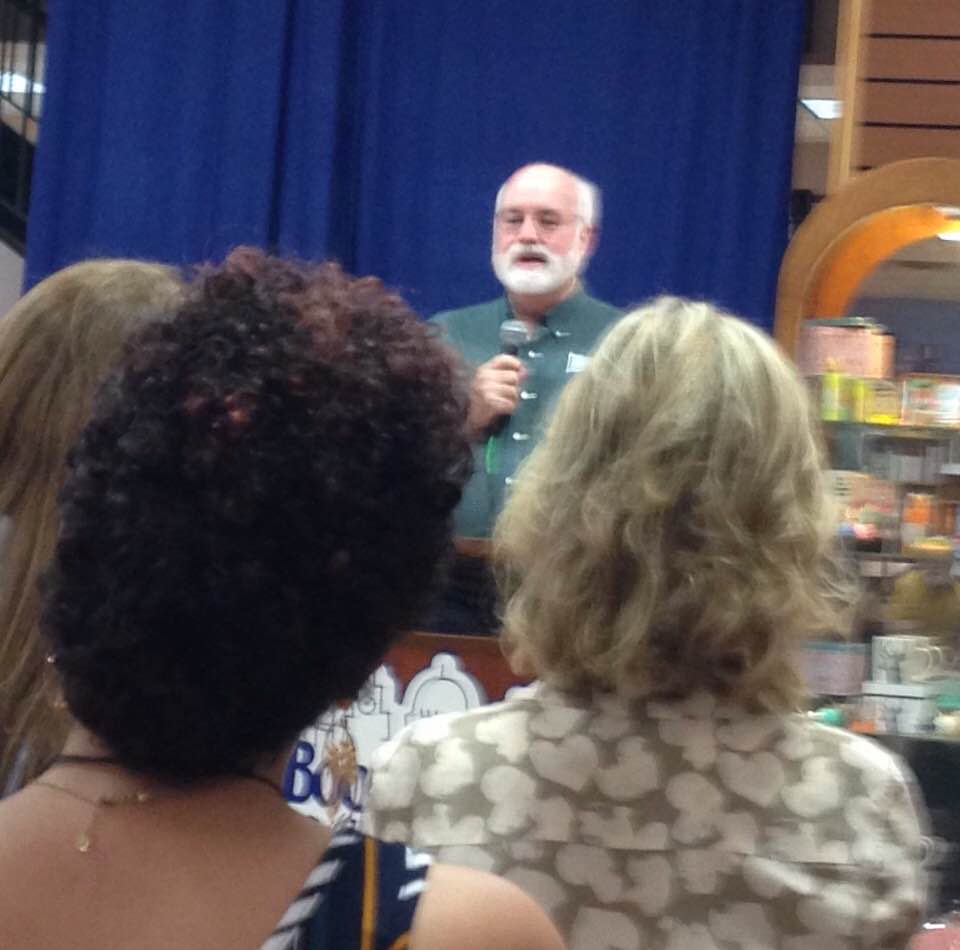 An elder’s back touched by small hands on the day of our pastor’s last service before retirement. 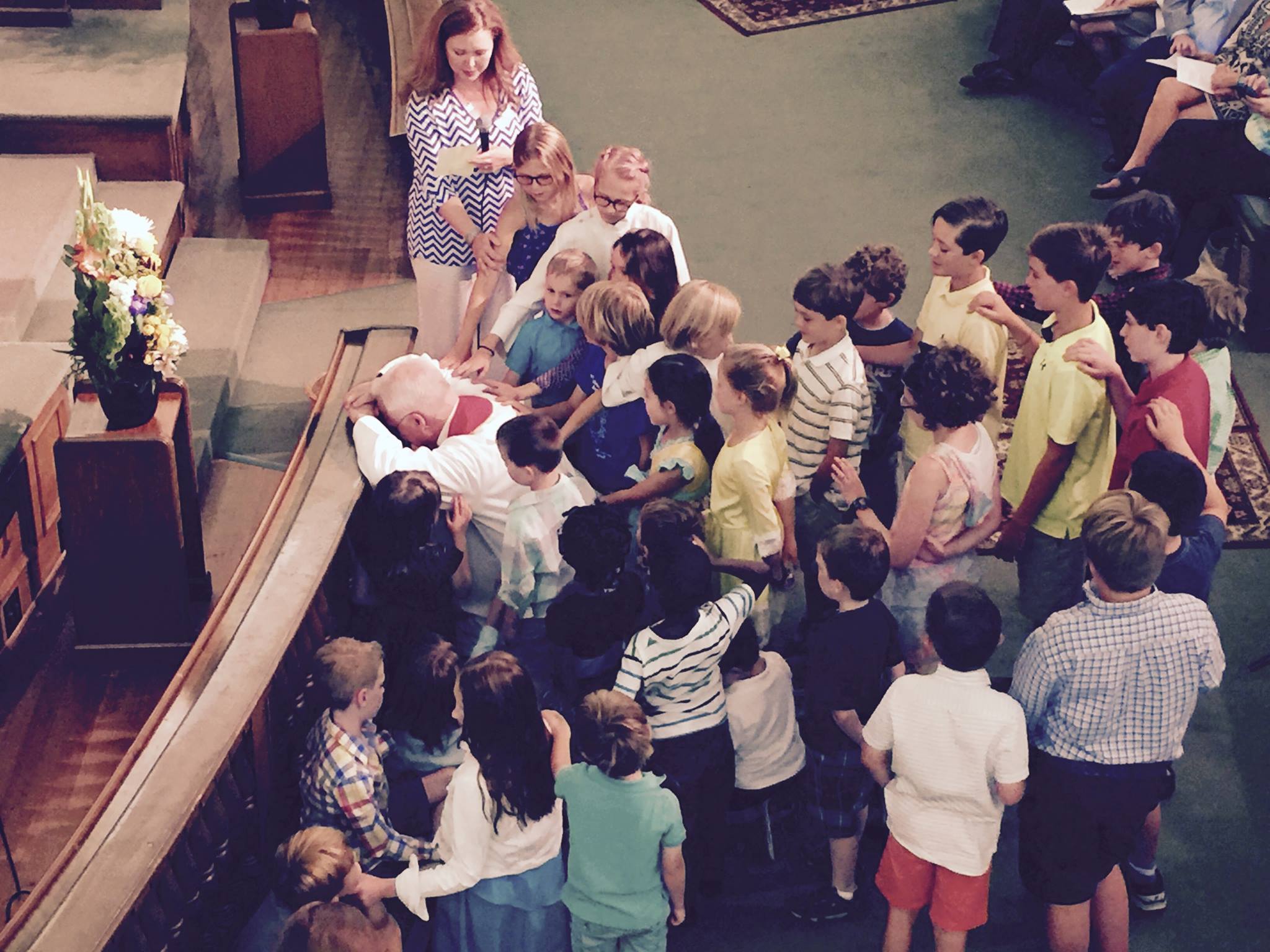 This photo of my great uncle Norman Webber with his nephew Myron on the left and niece Zelma on the right is perfect from the back. 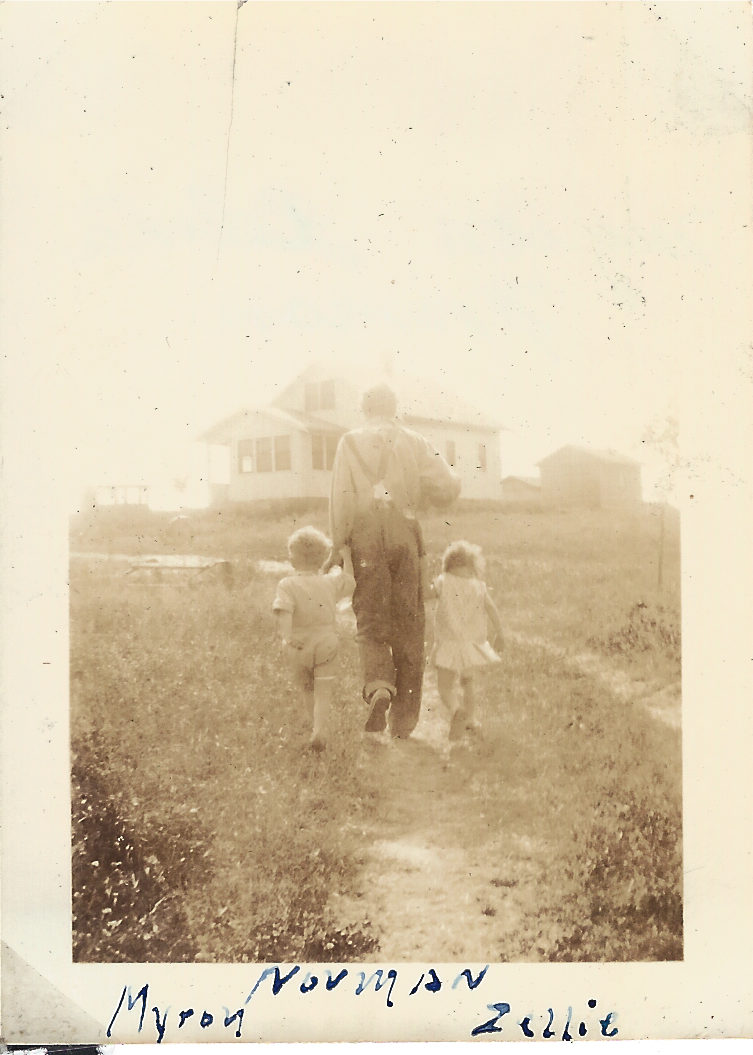 We had a very long, hot summer in 2011 – 90 days of triple digit temperatures. It was hard on the animals too. Almost every day I would find a little place where dirt had been dug out and I finally saw the culprit – a squirrel trying to cool off by putting his tummy in the hole. I took lots of pictures of squirrels trying to beat the heat and finally got this one that says it all. Every summer when the temperature reaches 100, this squirrel in a hole becomes my profile pic. 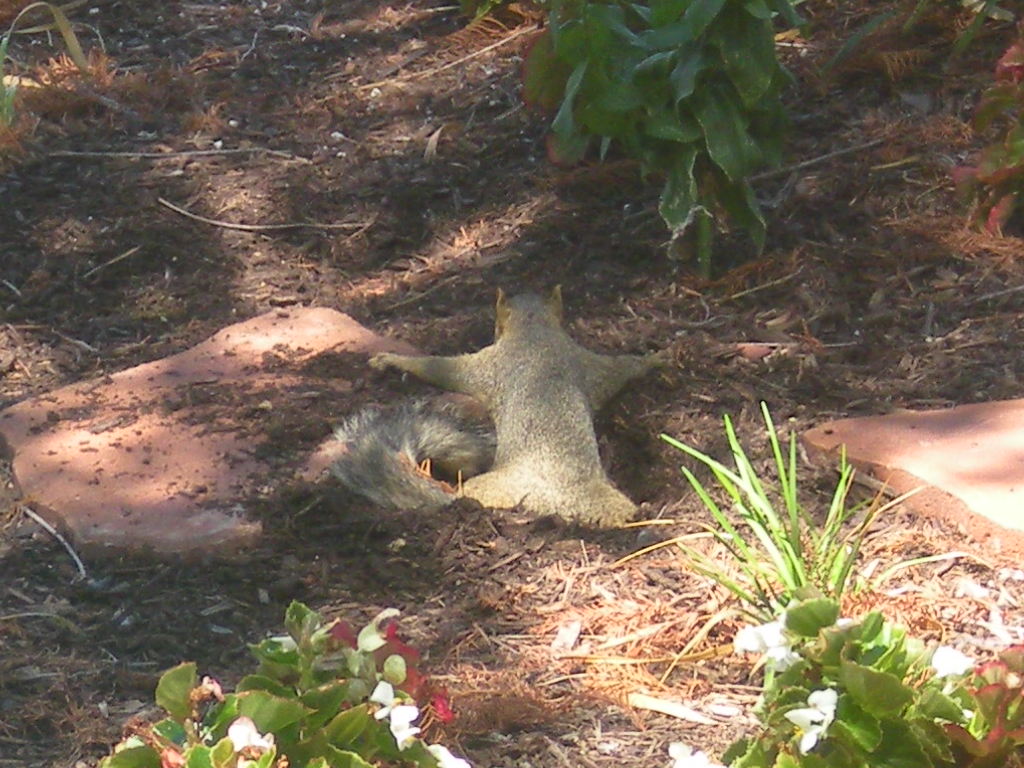 I’ll end with a newspaper clipping with a front and a back view. It pictures participants in the Krazy Day parade in Ottumwa, Iowa in 1959. My mom is the one with the big smile. I think she was adorable. From every angle. 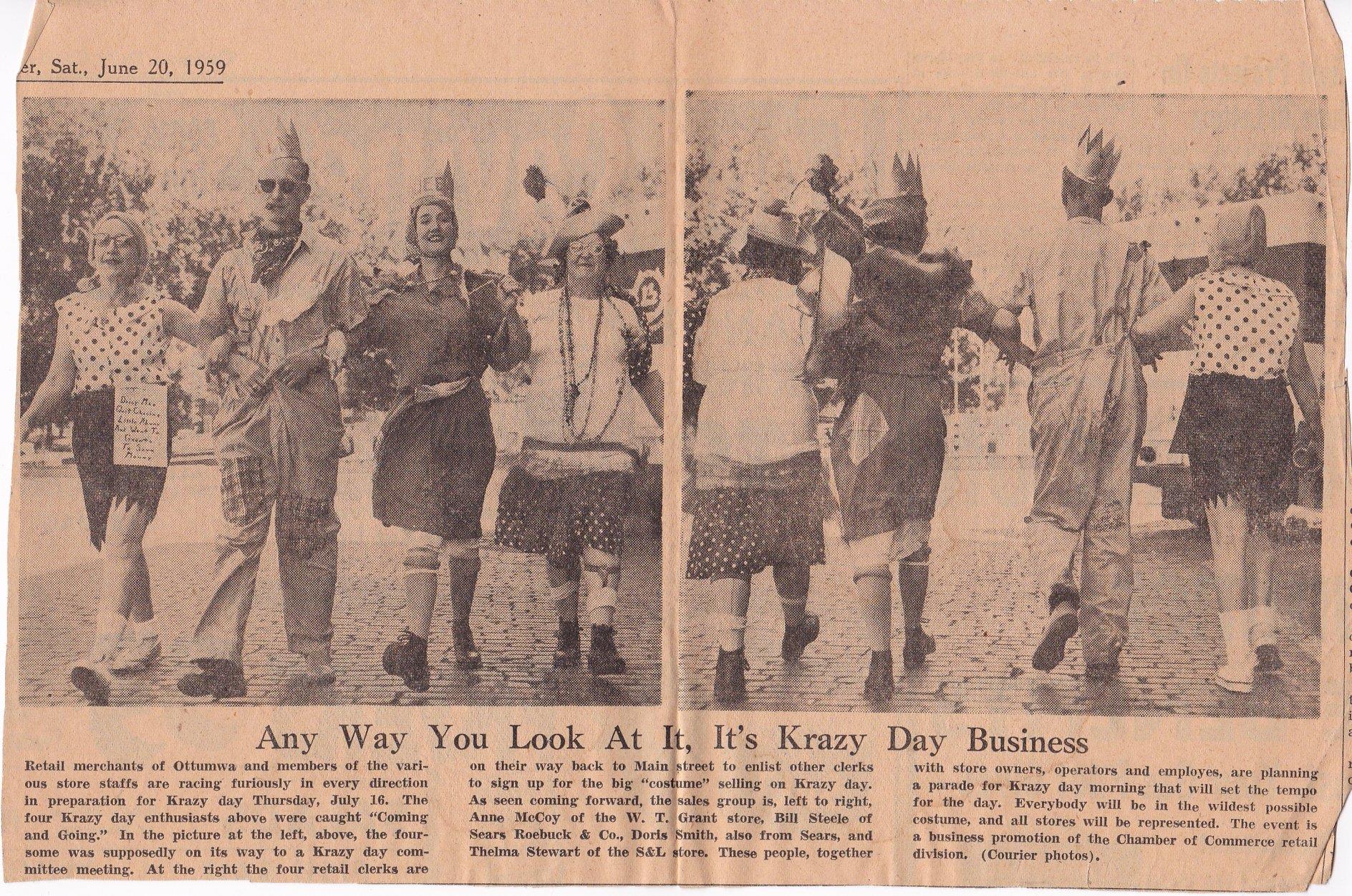 I accidentally traveled backward instead of forward in time when I wrote this. If you’d like to see how others interpreted the prompt, please visit Sepia Saturday.

8 thoughts on “Sepia Saturday – Back To Me”