My attempt to share stories for each letter of the alphabet featuring our life in Austin B.C. (Before Children) 1975-1985. The 70s were a long time ago. 26 stories might be a stretch for my brain. I am way, way behind, but intend to make it to Z! Today I have made it to S.

Look at those sweet faces! 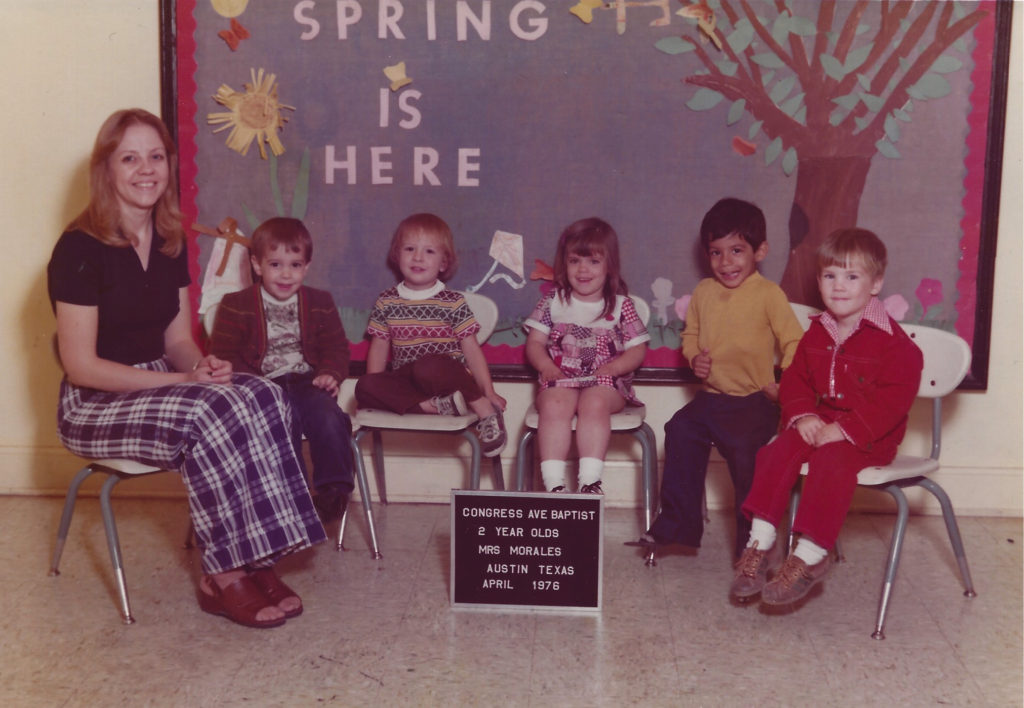 There might have been a Ryan, a Michael, a Valerie?
Too many years have passed.

They were sweet children, but they were two. Two-year-olds have a reputation for a reason.

We moved to Austin in the fall of 1975. My husband took a job with Mary Lee Foundation at the Live Oak campus, and I was hired as a teacher for the two-year-old class at Congress Ave. Baptist Preschool. As you can see, the class size was small. As it should be!

Ostensibly, the children were potty trained, but two-year-olds are unreliable little humans who often wait until the last minute has passed. Unreliable moods and behaviors too. Helpless one minute and fiercely independent the next. “Me do it!!!”

As I recall, the little girl was prone to both, a problem when she waited too long and refused help.

I had much younger siblings and did a fair amount of babysitting growing up, but being confined for 5 hours in a room with a bunch of two-year-olds on a rainy day, well – sometimes I bumped against the limits of my patience and creativity and just wanted to sit on the floor and cry like a two-year-old.

Let’s take a closer look at one of those sweet faces. He’s the one with a story I remember. 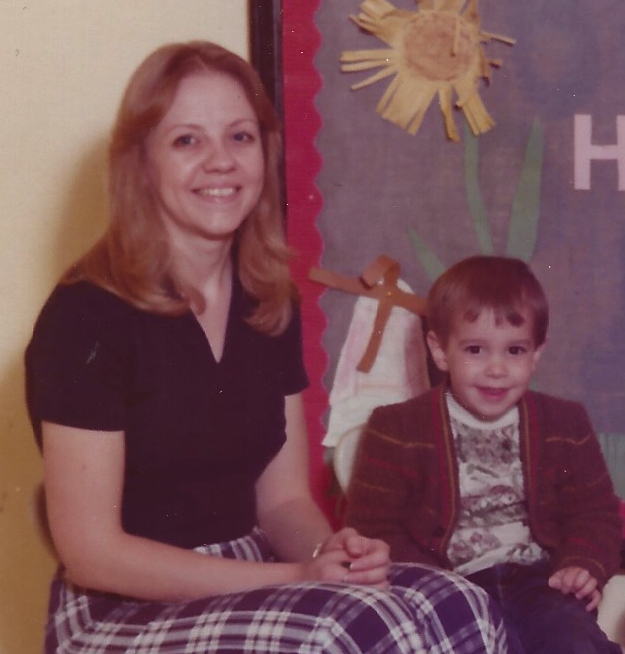 I’ll call him Michael, which might be his name. On one particular day, Michael had the impulse to bite. Repeatedly. He didn’t seem particularly out of sorts, but any time one of the other kids exposed a body part in front of his face, he just opened his mouth and bit an arm or a shoulder – whatever was available. Fortunately, none of the bites broke the skin or left a lasting mark.

The first time it happened, I looked him in the face and gave him a firm, “No biting!” And the second time. By the third time, I was face-to-face and put my shushing finger up against his lips and said, “No biting!” I don’t know how many times he actually bit someone, but I seems like he got every kid at least once.

I told his mother about the biting when she picked him up. The next morning, Michael’s mother approached me with a worried expression. “Did Michael bite you? Last night he kept saying, ‘I bite teacher.'”

I guess I made some kind of an impression on him.

Thankfully I don’t remember him having another day like that one.

On a side note: During the summer, there was a woman who coordinated recreation, including trips to the pool and some other fun activities. I really liked her and her energy with the children. Later, we met up again at First Methodist, where we are both still members.

Also – I made those pants. 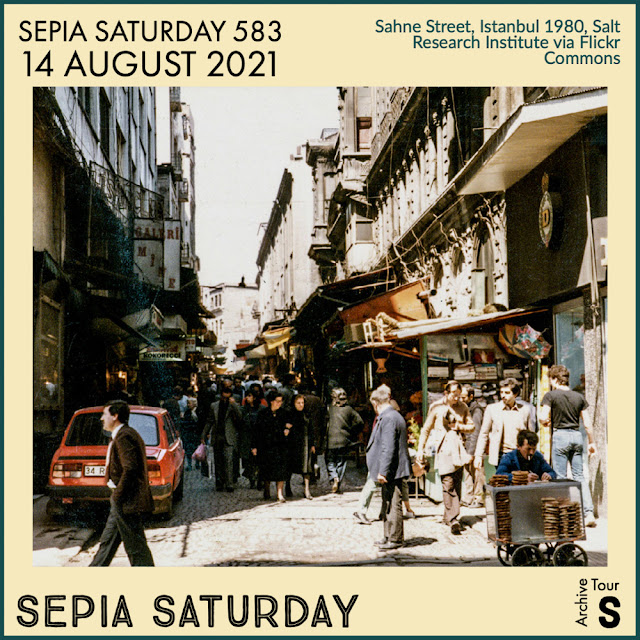