I am such a bad genealogist. Better than I used to be. But still not so good at keeping notes on everything I acquire. I’m excusing myself on this one because it was before I knew better.

I received these copies of pages from a Coates family Bible from someone at sometime. My Aunt Wilma may have sent them to me. I don’t know who has the Bible or when the copies were made. If you know something I don’t, please fill me in. 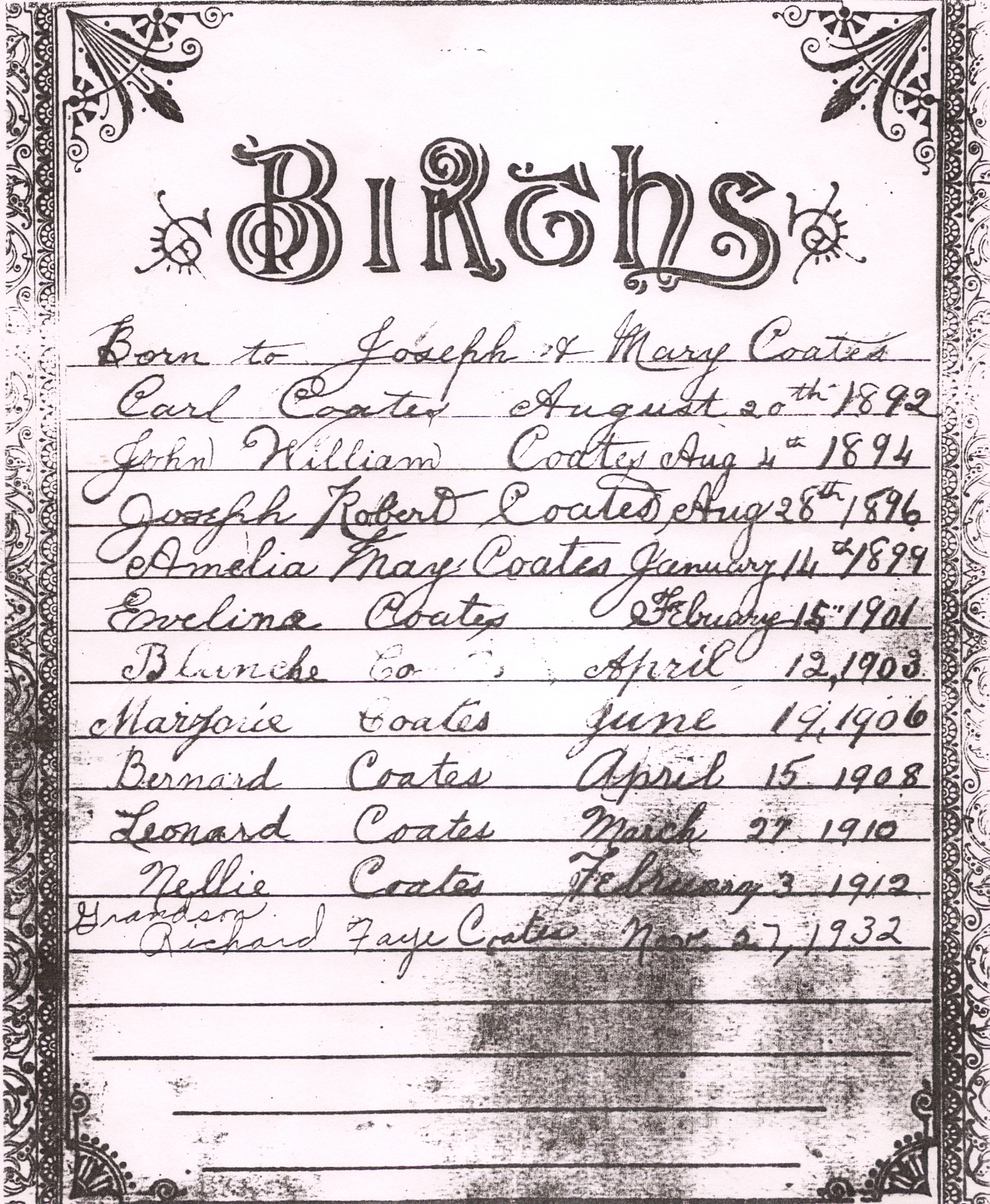 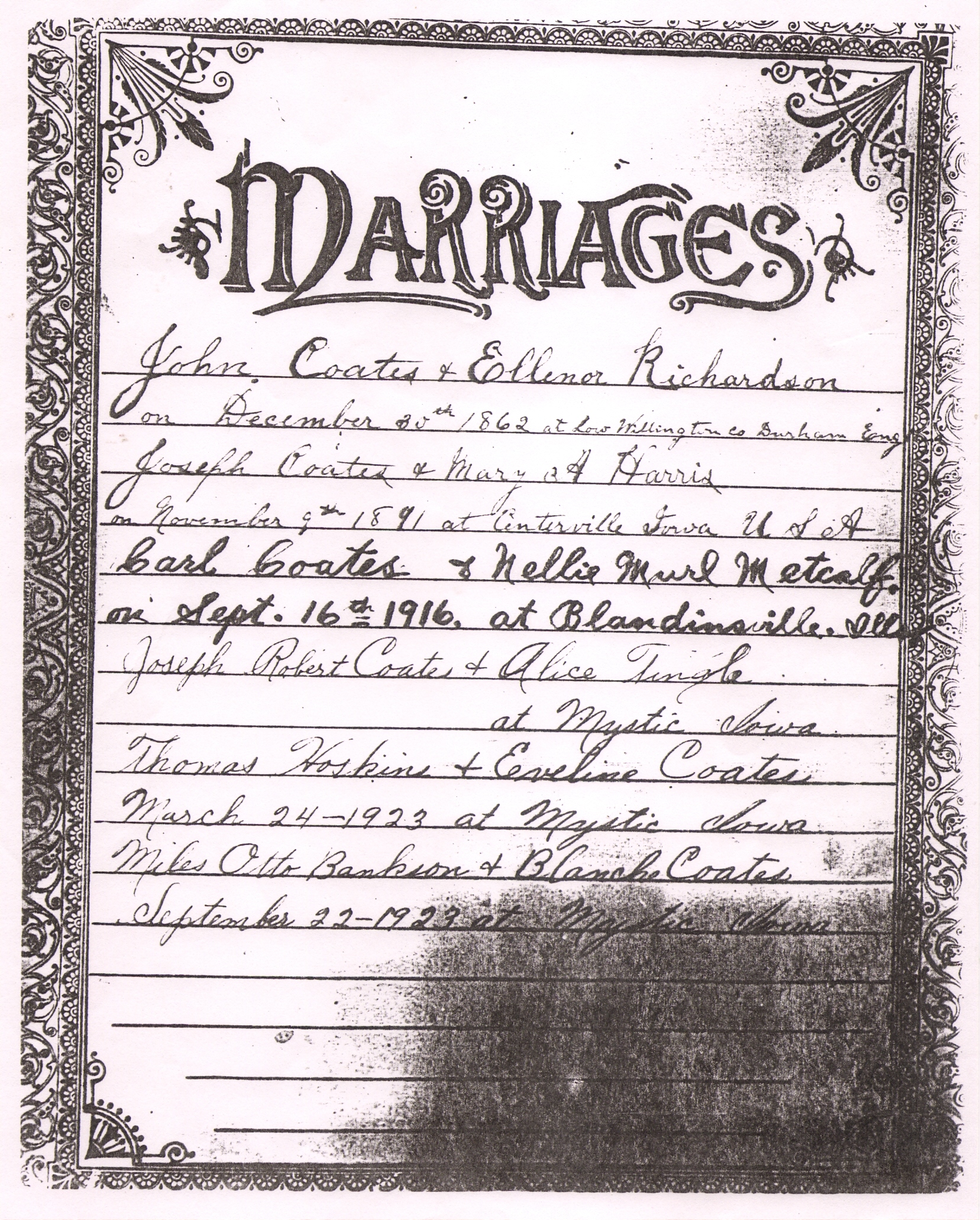 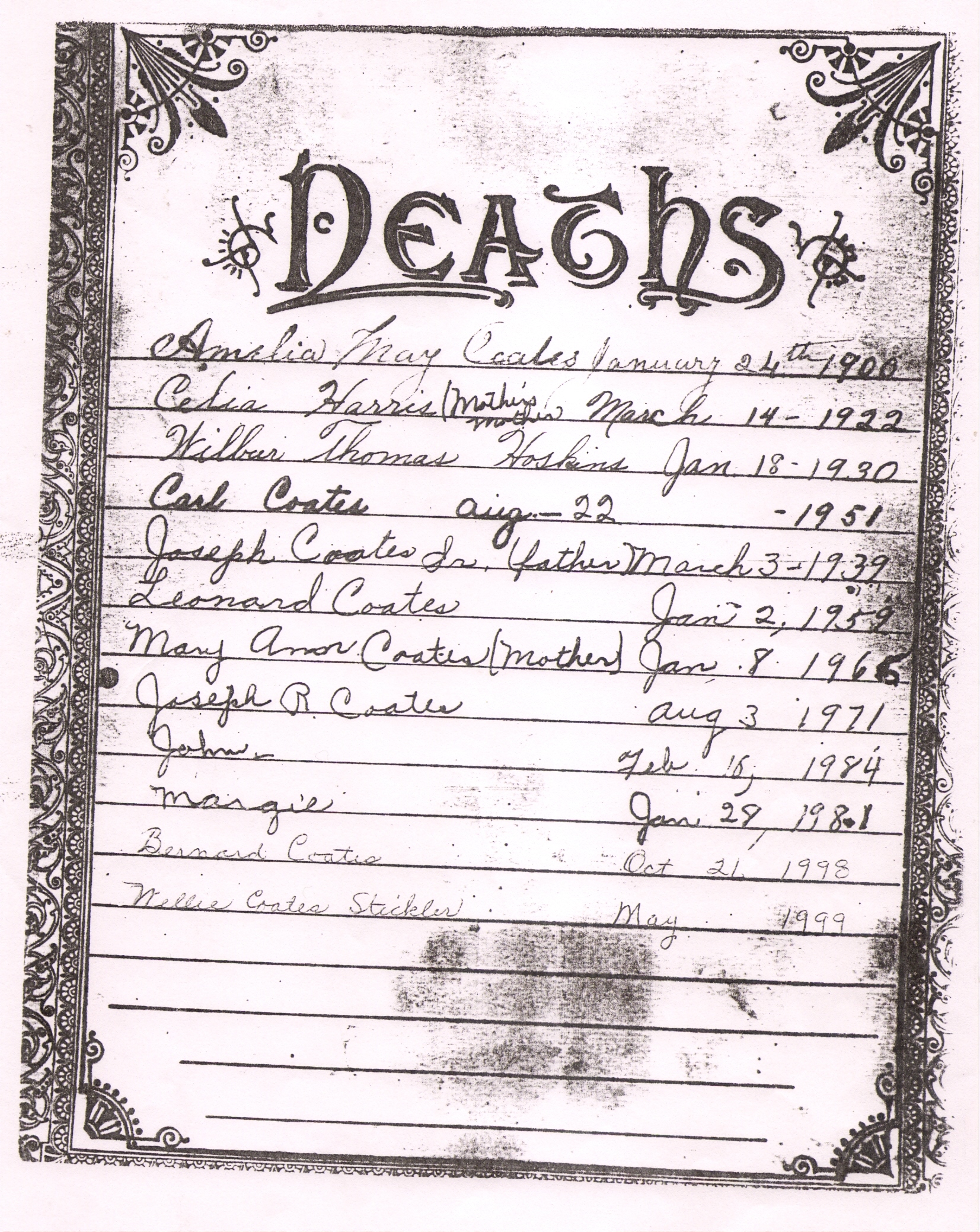