With the presidential election on everyone’s mind, here is a bit of memorabilia from the 1940 presidential campaign.

This first scan is the Reorder Blank for the First and Second Flights of Rainbow Fliers in support of the re-election of Franklin Delano Roosevelt. These came from the papers of my grandparents, Eveline Coates and Thomas Hoskins. As you can see above, the Rainbow Fliers were from the Women’s Division of The Democratic National Committee. At the bottom of the order form is the suggestion:  if this second flight of fliers is assembled in sets for distribution, the most pleasing effect can be obtained by arranging them in the order in which they are listed above.

Mine look a little drab. Surely this rainbow was brighter in 1940.

Rainbow Flyers were fact sheets on colored paper used in the fight for women’s suffrage. They were handed out at events, left in mailboxes, or otherwise distributed to promote the cause of a woman’s right to vote. This approach was successful in the suffrage movement, and was adopted by women working in the Democratic party in subsequent presidential election campaigns.

I don’t recall hearing my grandparents talk about politics or their voting habits. Perhaps these flyers were left in their mailbox, but that doesn’t seem likely since it is a complete (almost) set including a reorder blank. Maybe Grandma went to a meeting and picked up a set… Maybe Grandma picked up several sets to hand out to her friends and neighbors… Maybe one of Grandma’s friends tried to entice her to get involved and left her with a complete set to study… I’ll probably never know. 1. All in Seven Years - The New Deal Record 2. Electric Power for the People

Seems odd today that electricity was a major issue in a presidential campaign. 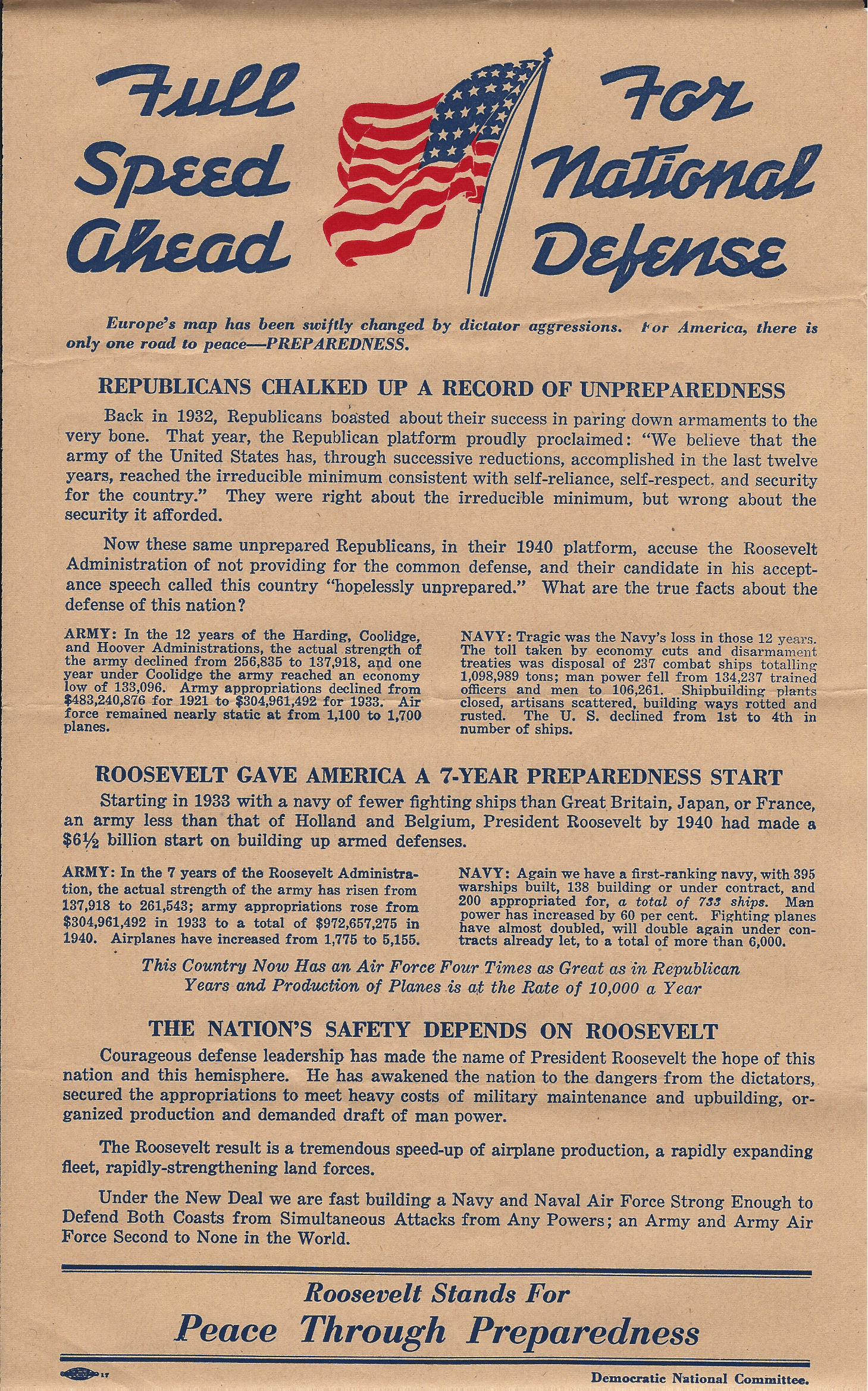 7. Full Speed Ahead for National Defense 11. We Can Afford Life and Liberty If you haven’t voted yet, get to the polls tomorrow! I’ll be there too.

6 thoughts on “Rainbow Fliers from the 1940 Presidential Campaign”