Note: As described by the creator, Julie Goucher at Anglers Rest, “The Book of Me, Written by You” is an opportunity to remember, explore and rediscover things and memories of our own and perhaps those relatives you know in addition to sharing oral history. Ultimately, this is the creation of a legacy for the future. 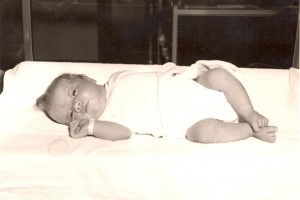 Some people have heard stories about the day they were born, but not me. Maybe the fact that my parents separated and divorced by the time I was two has something to do with it.

What I did know is that I was born on October 13th, a Tuesday, at Ottumwa Hospital in Ottumwa, Iowa and that the doctor who delivered me was Dr. Perkins.

I talked to my dad on the phone this week and asked if he remembered anything about the day I was born. He has always had a fantastic memory and is quite a story teller, so I thought he would remember some details, even of this event that took place almost 60 years ago. 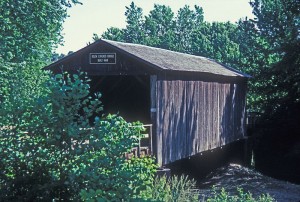 What he seemed to remember most was the day before I was born. He and my mother went for a drive around a scenic area not too far from where they lived – along the North and South Skunk Rivers in Iowa. My parents lived in Mahaska County, near the towns of Fremont and Hedrick. The north and south tributaries of the Skunk River converge in Keokuk County, which borders Mahaska County to the east and I believe this is where they spent the day. He remembers this as a very enjoyable time, spent looking at the scenery and driving at a leisurely 15-20 miles per hour.

Dad remembered the exact time of my birth – 12:54 P.M.(!), but he seemed a bit foggy on when they actually went to the hospital. Dad remembers Dr. Perkins coming by the house and telling them to get ready and go on to the hospital. He would be there when they arrived. We decided Dr. Perkins must have come by first thing that morning. The closest hospital in the area was in Ottumwa, about 15 miles from their home.

He remembers them both being nervous, but especially my mother. This was at a time when mothers were usually sedated and fathers were sent to the waiting room, so I believe that is what happened at my birth. When I asked if everything went off without a hitch, he said, “Well, no. It wasn’t real easy. It took a while,” but he didn’t give me any further details. Dad said he was very concerned by the marks on my head – from the use of forceps – but that the marks soon went away.

After spending the day at the hospital with us, Dad left to go home for the night, but he didn’t feel like going home and needed something to settle his mind. The movie “Shane” was on at the theater, so he went to the movie before going home. He doesn’t remember if he fell asleep in a chair that night or if he went on to bed.

I was sure that I have my baby book around here somewhere, but I haven’t been able to find it. 🙁 I did find some other documents from my birth, though.

The hospital gave my parents a certificate of my birth – not official, although at the time you could use it to verify a baby’s birth for a variety of purposes – as clearly stated on the bottom of the certificate. I don’t think it would do me much good today, though. Should I decide to run for President, I guess I’ll need to provide a government issued document to prove my birth.

The back of the certificate has my footprints and details my weight and length. 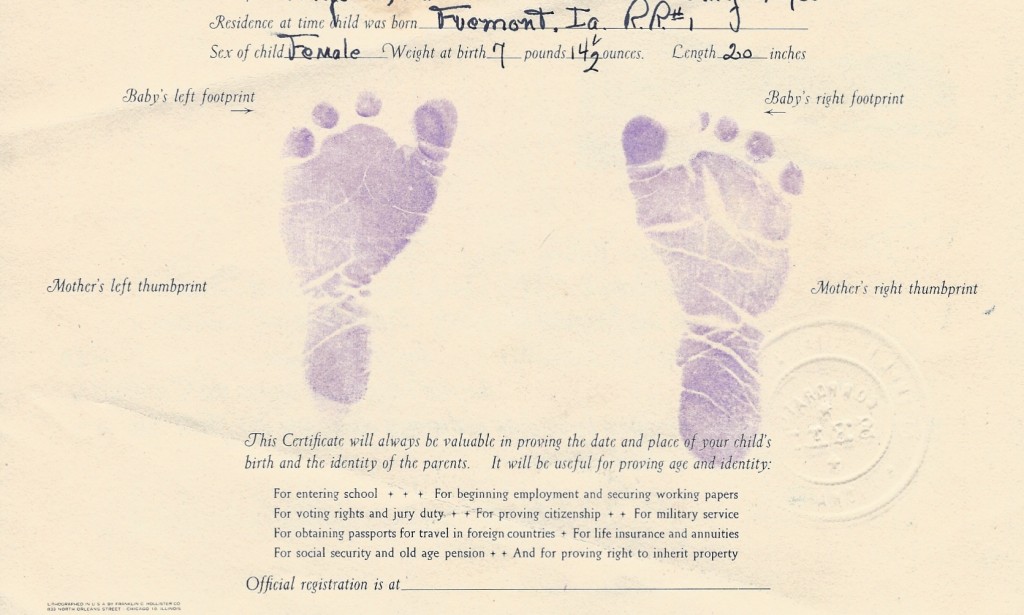 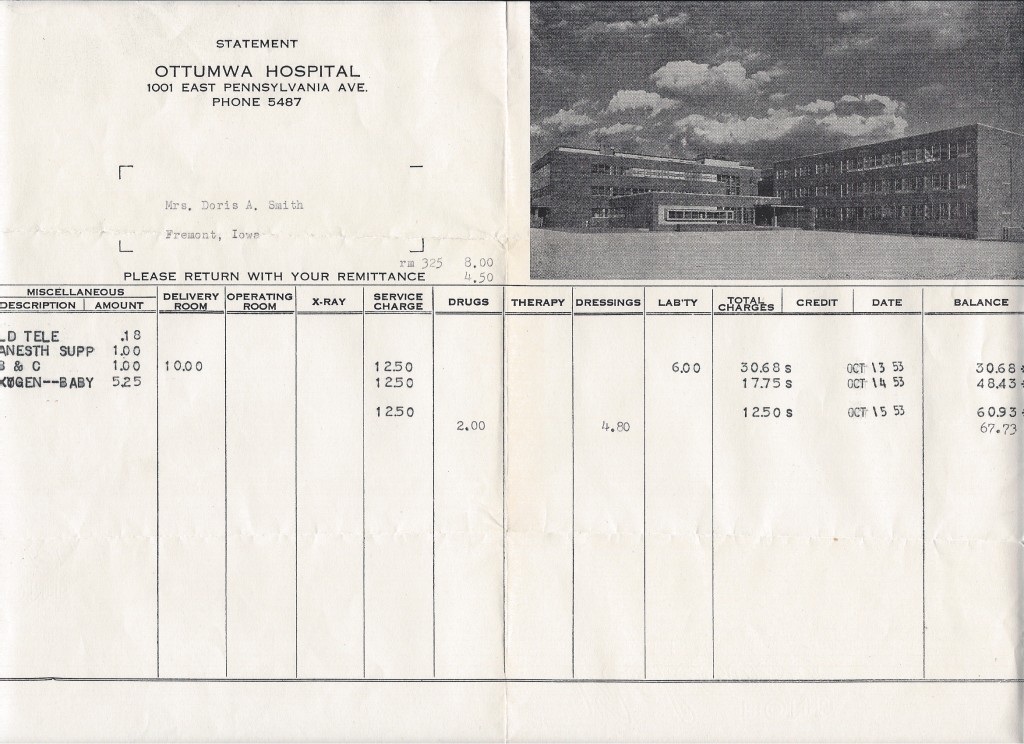 And here is the front of my birth announcement. 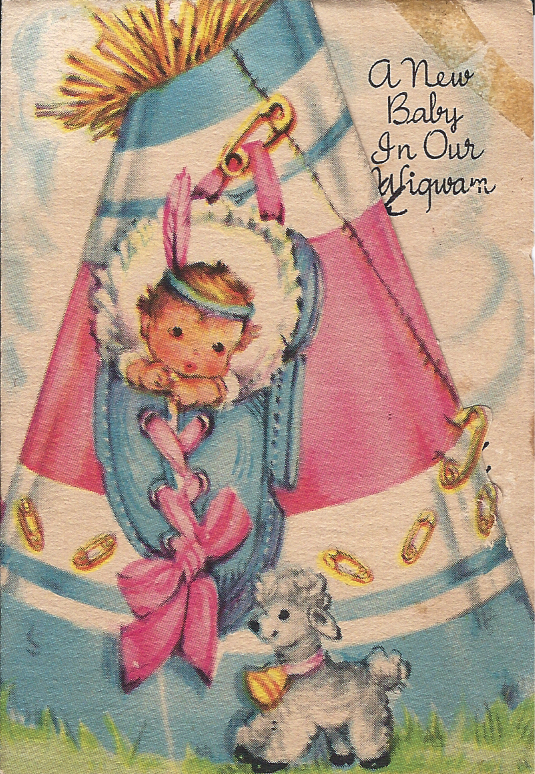 Thanks to participating in The Book of Me, I was prompted to ask my father for more details about my birth and I am happy that I did. I belonged to a little family that didn’t exist for very long. It was good to hear the memory of a happy time for everyone involved.

If you are interested, I found this video from 1950 about what to expect when delivering a baby. It gives a little insight into the medical practices and mindset of the day.

If any family members around at the time I was born have other details, I’ll hope you’ll leave a comment or email me!