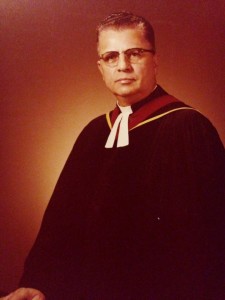 Rev. Fred M. Webber was serving as co-pastor of Pisgah-Mt. Pleasant Federated Church in Greenfield, Ohio when he delivered this sermon in August of 1988.

FMW (Fred M. Webber) began with a reading from the Old Testament. The same passage was the basis of the sermon he delivered the previous week – Exodus 16: 2-15.

2 And the whole congregation of the people of Israel murmured against Moses and Aaron in the wilderness, 3 and said to them, “Would that we had died by the hand of the LORD in the land of Egypt, when we sat by the fleshpots and ate bread to the full; for you have brought us out into this wilderness to kill this whole assembly with hunger.”

4 Then the LORD said to Moses, “Behold, I will rain bread from heaven for you; and the people shall go out and gather a day’s portion every day, that I may prove them, whether they will walk in my law or not. 5 On the sixth day, when they prepare what they bring in, it will be twice as much as they gather daily.” 6 So Moses and Aaron said to all the people of Israel, “At evening you shall know that it was the LORD who brought you out of the land of Egypt, 7 and in the morning you shall see the glory of the LORD, because he has heard your murmurings against the LORD. For what are we, that you murmur against us?” 8 And Moses said, “When the LORD gives you in the evening flesh to eat and in the morning bread to the full, because the LORD has heard your murmurings which you murmur against him–what are we? Your murmurings are not against us but against the LORD.”

13 In the evening quails came up and covered the camp; and in the morning dew lay round about the camp. 14 And when the dew had gone up, there was on the face of the wilderness a fine, flake-like thing, fine as hoarfrost on the ground. 15 When the people of Israel saw it, they said to one another, “What is it?” For they did not know what it was. And Moses said to them, “It is the bread which the LORD has given you to eat.

41 The Jews then murmured at him, because he said, “I am the bread which came down from heaven.” 42 They said, “Is not this Jesus, the son of Joseph, whose father and mother we know? How does he now say, ‘I have come down from heaven’?” 43 Jesus answered them, “Do not murmur among yourselves. 44 No one can come to me unless the Father who sent me draws him; and I will raise him up at the last day. 45 It is written in the prophets, ‘And they shall all be taught by God.’ Every one who has heard and learned from the Father comes to me. 46 Not that any one has seen the Father except him who is from God; he has seen the Father. 47 Truly, truly, I say to you, he who believes has eternal life. 48 I am the bread of life. 49 Your fathers ate the manna in the wilderness, and they died. 50 This is the bread which comes down from heaven, that a man may eat of it and not die. 51 I am the living bread which came down from heaven; if any one eats of this bread, he will live for ever; and the bread which I shall give for the life of the world is my flesh.” 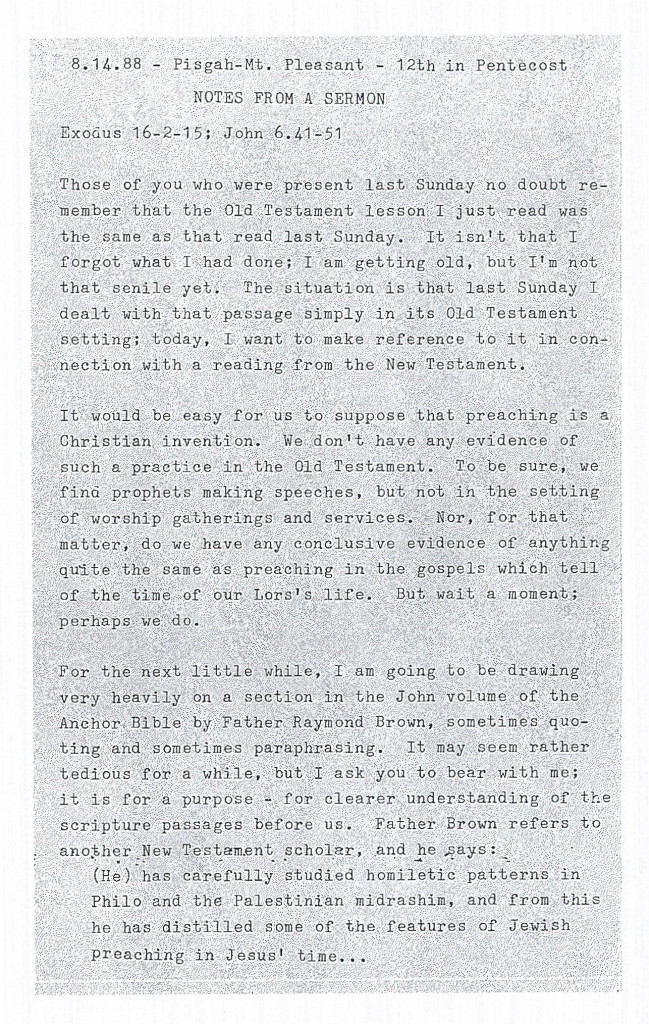 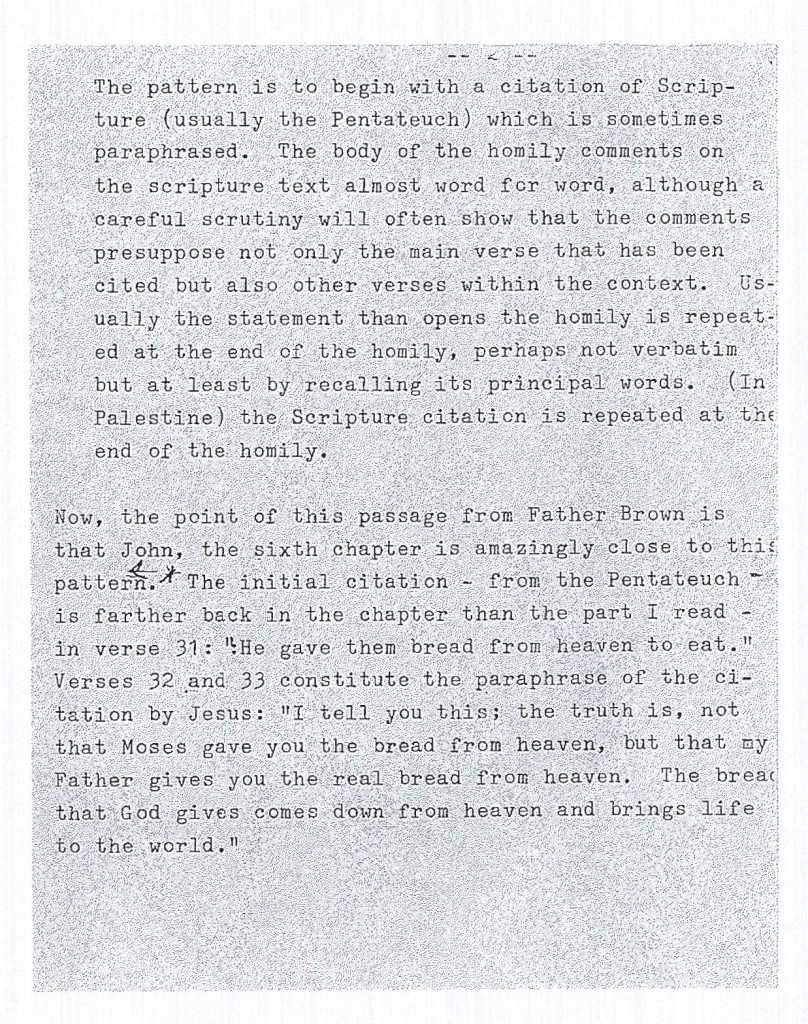 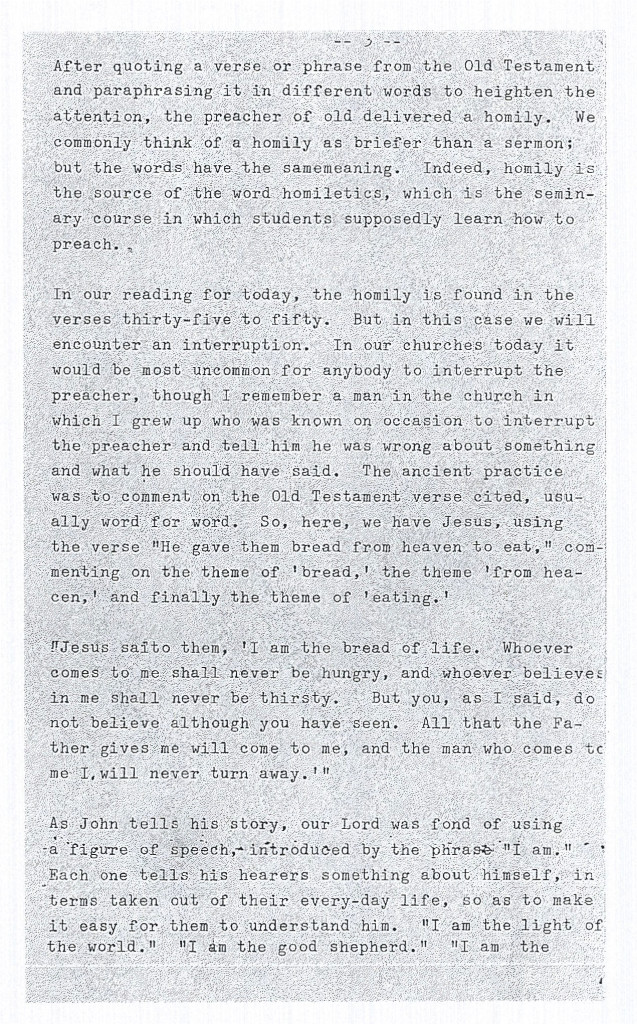 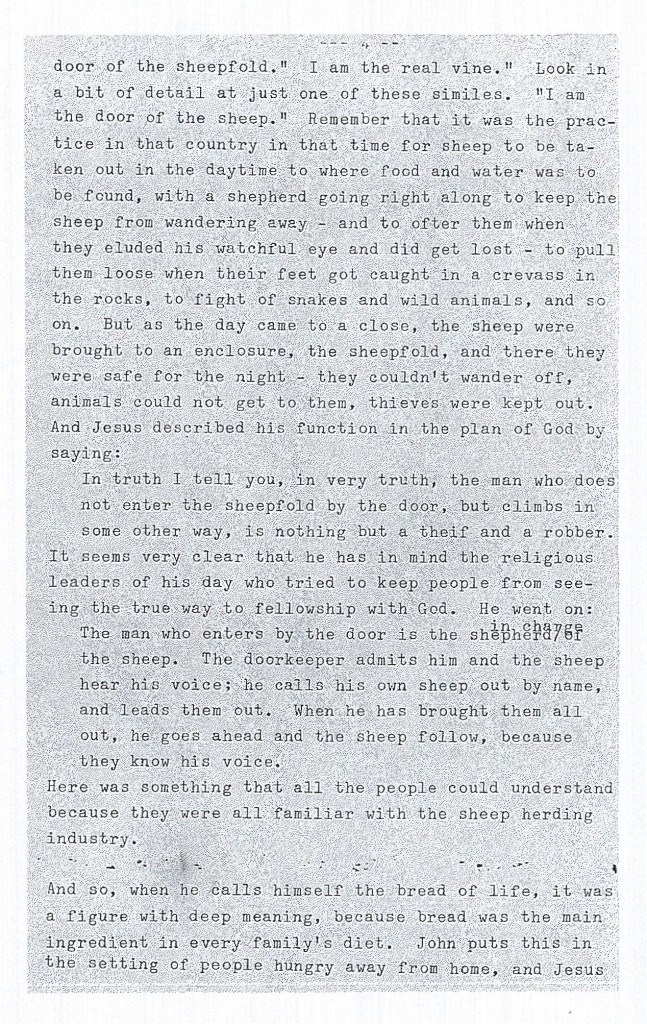 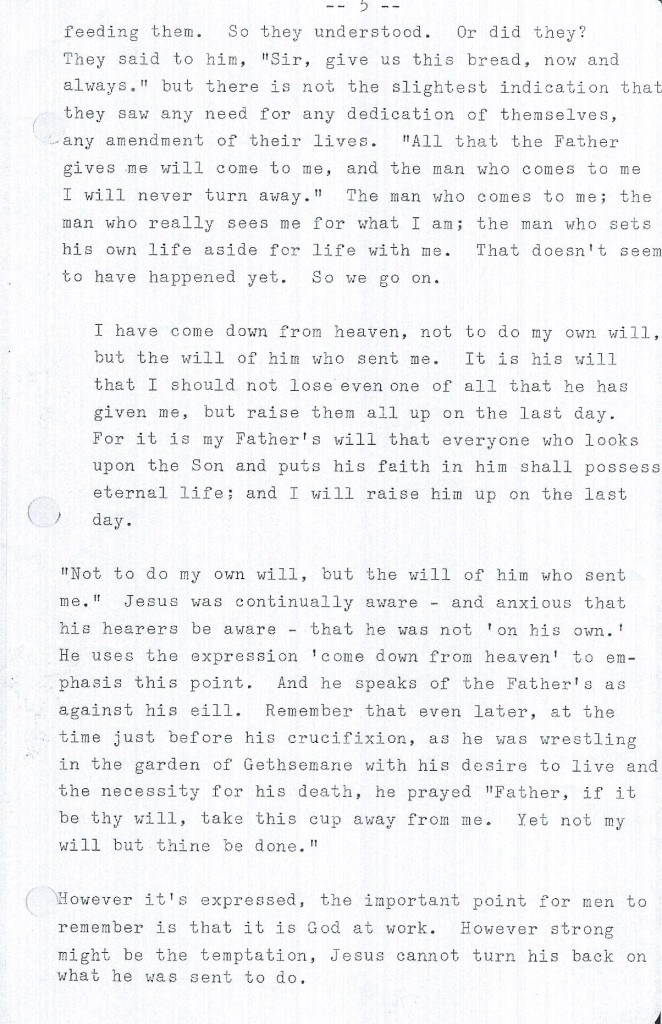 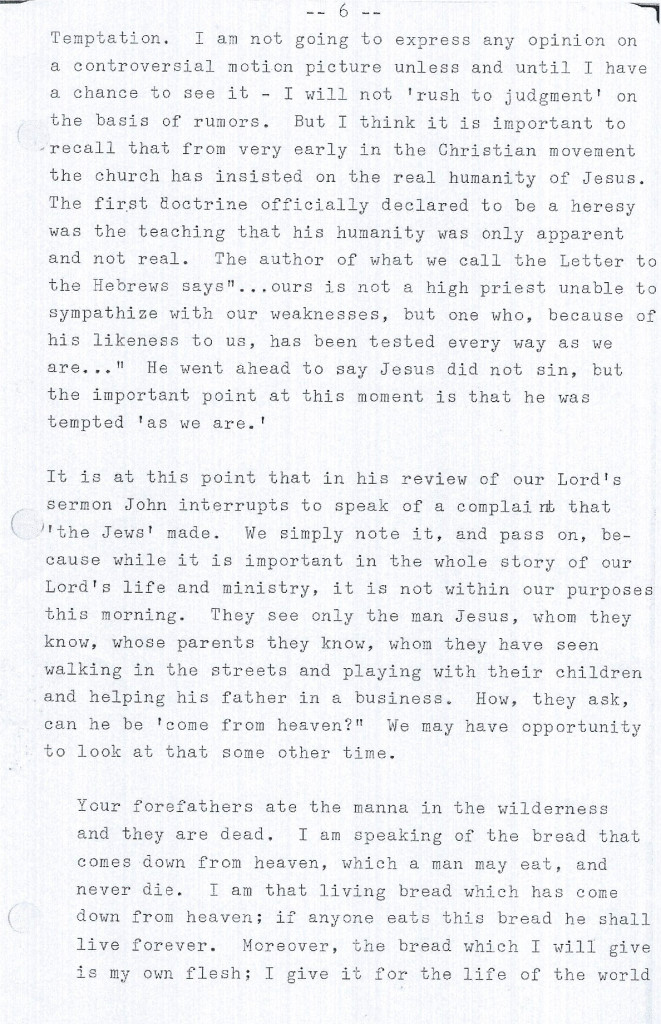 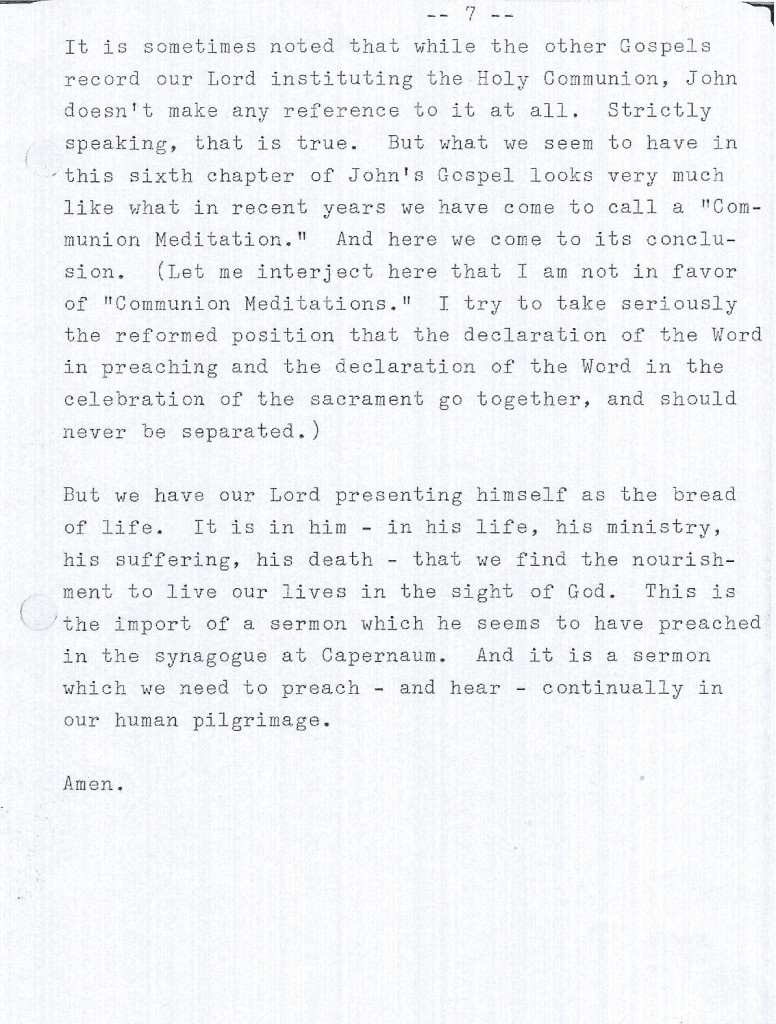 For other posts about great-uncle Fred M. Webber, Abbie’s brother, visit his page.