An Austin story B.C. (Before Children), sometime between 1975-1985.
A series of stories for each letter of the alphabet. The 70s were a long time ago. 26 stories might be a stretch for this old brain. We’ll see.

Our first home in Austin was at the River Hills Apartments on Royal Crest Drive. It was a cute little studio apartment: living room and kitchen downstairs; bedroom, bathroom, and walk-in closet upstairs. A sliding-glass door opened onto a tiny fenced patio. It was fully furnished in fabulous 70s décor – shag carpet included. Our apartment wasn’t the popular avocado green or harvest gold; it was the popular-but-not-quite-as-popular orange color. Did that orange have a descriptor? I don’t recall, but you can see it in this photo. 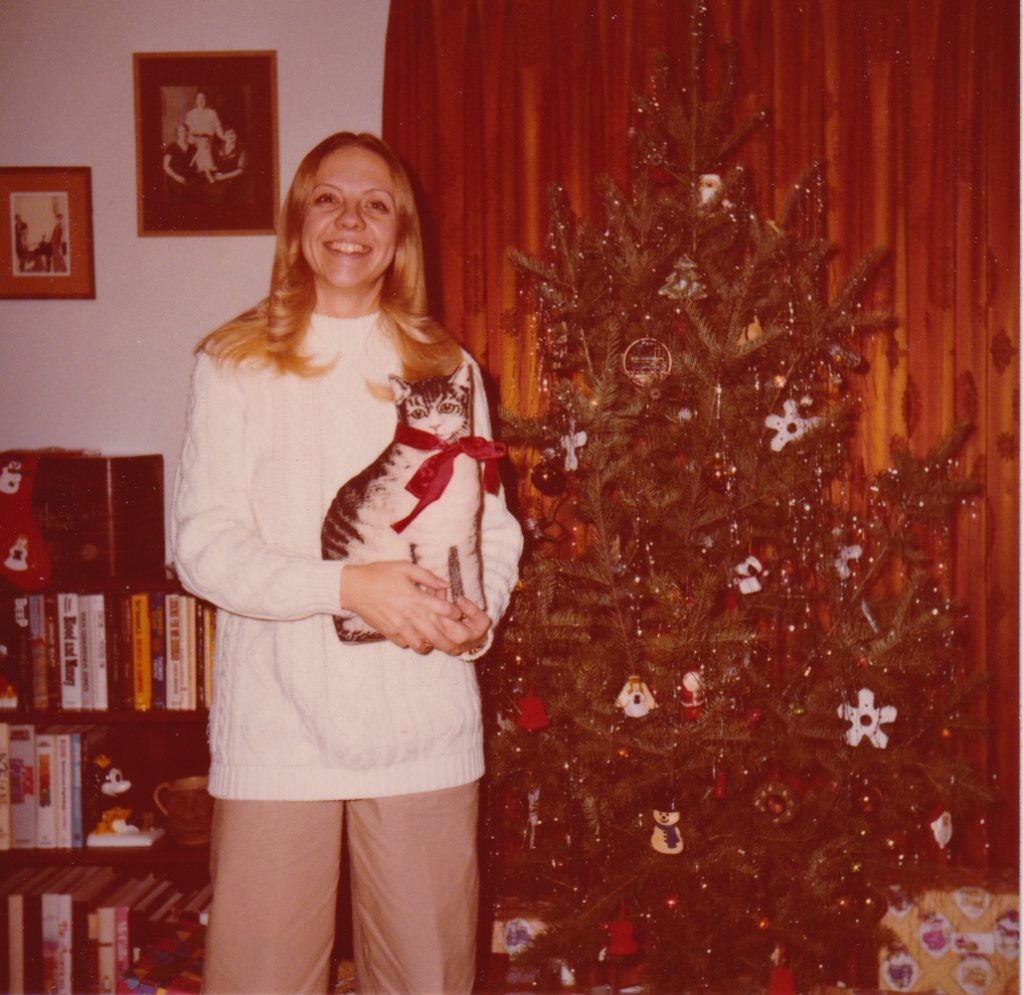 I don’t remember any furniture on our tiny patio, but we did try to grow a few plants. One summer we noticed “droppings” out there. Did we have rats? Were tiny bunnies squeezing through the fence? Then … no more droppings. The following summer, droppings again.

One day around dusk, we were out on our little patio and we saw them – dozens of bats flying out of surrounding apartments – and ours! The siding on the upper level of our apartment was warped, offering entry and a home to the little migratory mammals. 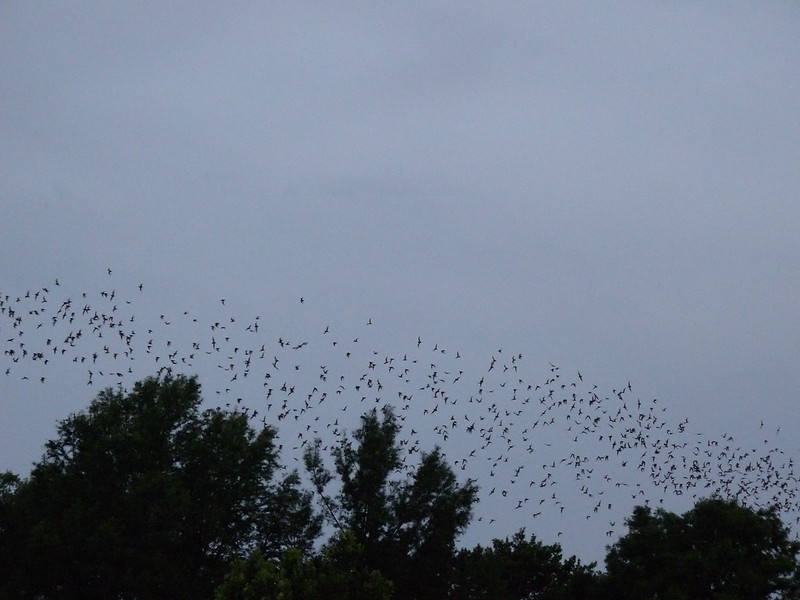 We promptly called the management, expecting a remedy. Nope. Bats come out at dusk when the maintenance people have gone home for the day. No one was available to nail the door shut when the bat family went out for dinner.

Martin began to research the problem the old-fashioned way: a land line phone during business hours and the library. Protected species; no poison; repel with moth balls….yadayadayada. No help to be found.

One day around sunset, Martin went upstairs. He yelled. I ran up to see what was going on. A bat was flying around the bedroom. We ran back downstairs.

Okay. So it was only one bat. But it was one bat too many.

We called the apartment office. They were on it! A kid with a tennis racket showed up at our door. We directed him up the stairs and he was off to the match. A powerful forearm stroke in the backcourt closet for the win.

Now we were spooked living in our lovely apartment. It was hard to fall asleep at night.

Since the management wasn’t going to do anything, we decided we had had enough and should find another place to live. But before we could find somewhere to go, another bat made it inside. This time it was night and we didn’t fool around. We called 911. A firefighter came to our rescue. A firefighter is exactly the person you want when you have a bat in the living room – thick protective jacket, helmet, thick leather gloves. Totally batproof! After the firefighter carried the bat out and left (with our sincere and profuse thanks), we left too – finding comfort at a hotel downtown. But not before hearing another bat (bats?) banging around in the air conditioning vent. We closed all the vent covers, packed a bag, and were out of there.

Next morning, we were fortunate to find an apartment manager who took pity on us and rented us an apartment that had just freed up. (Apparently water beds were not allowed in third floor apartments.) We couldn’t pack fast enough. On one of my trips downstairs to load up the car, I noticed a dark stain on those orange living room drapes. A stain? No!! A bat! Asleep – on the drapes!

We drove back by our old apartment several months later and again, months after that. It was vacant. We don’t know how long it remained vacant. Of people, I mean.

In 1980, the Congress Avenue Bridge was renovated and the new design unwittingly led to the proliferation of bats in Austin. It provided the perfect roosting place for the Mexican free-tailed bats that migrate to central Texas each spring. People weren’t happy about the growing number of bats in our city.

Then Merlin Tuttle moved to Austin in 1986 and relocated his fledgling conservation organization, Bat Conservation International. He worked to change the status of bats from scary rabid vampires to welcome guests.

Now bats are part of the culture and landscape of Austin. The 1.5 million Mexican free-tailed bats that roost under the Ann W. Richards Congress Avenue Bridge comprise the largest urban bat colony in the world. It is a popular tourist attraction. 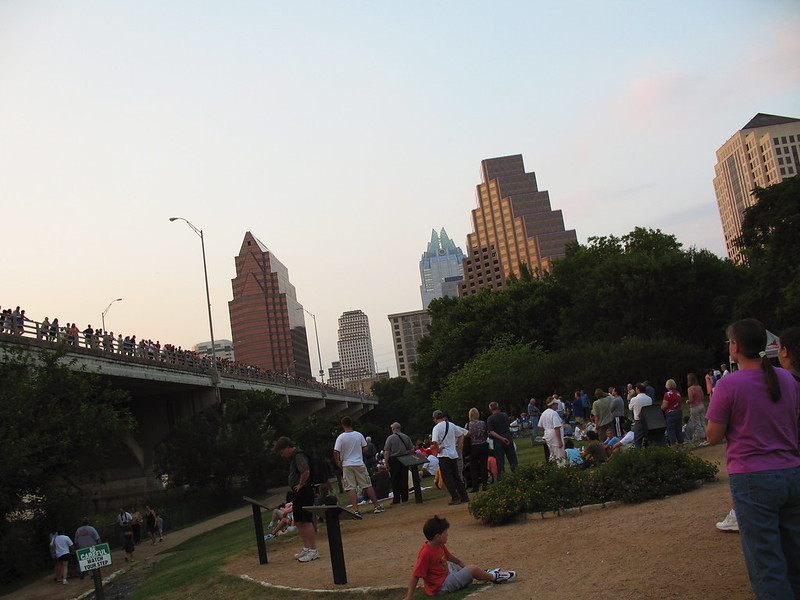 or from the water. 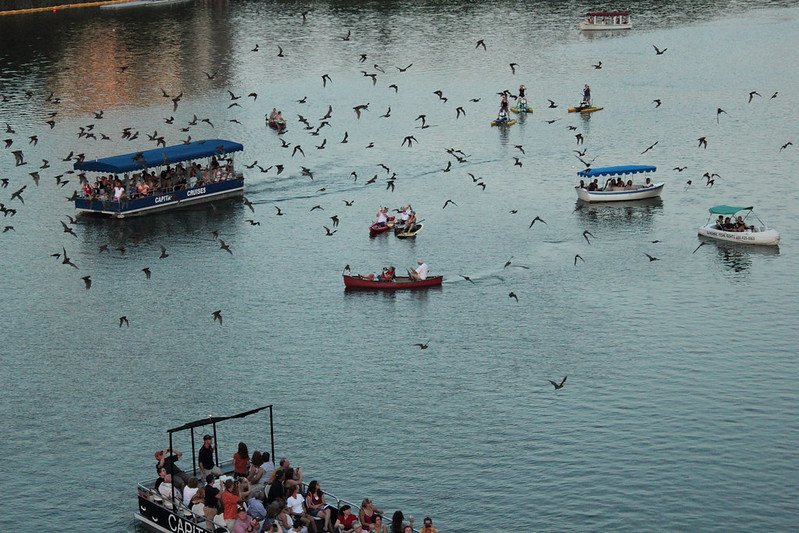 Austin even has a statue to celebrate our seasonal guests. 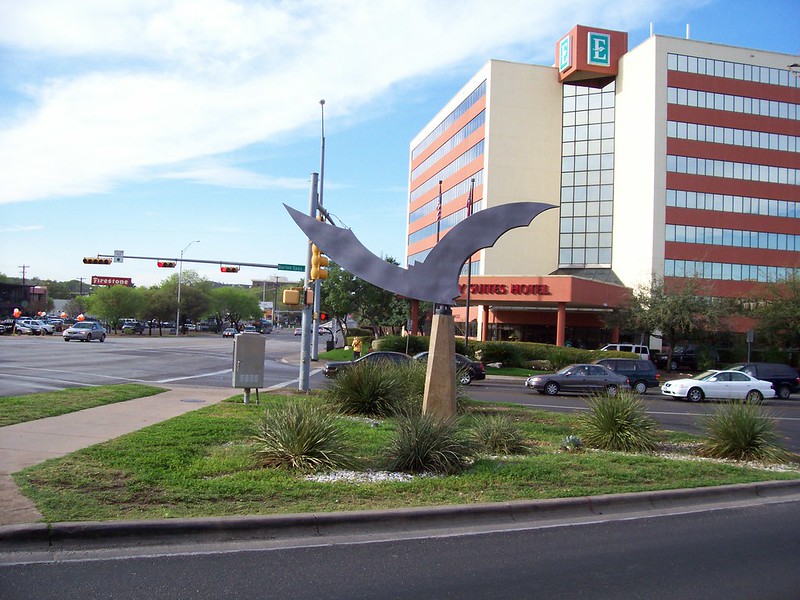 I was asking my husband to help jog my memory for a few details as I was writing this. He said he prefers not to remember traumatic events. When we hear that little clicking sound bats make when we are out at night, we still get a little spooked. Can you blame us if we haven’t been to the bridge to watch thousands of bats emerge? 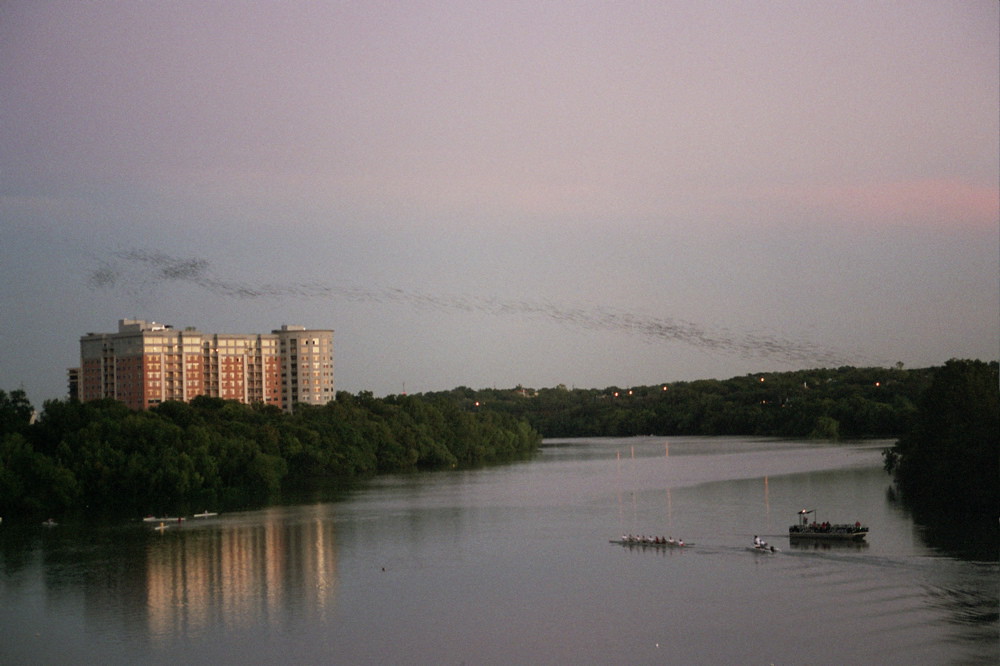 This is my contribution to Sepia Saturday this week, where the prompt photo depicts a grand and sedate living room. At dusk perhaps?? 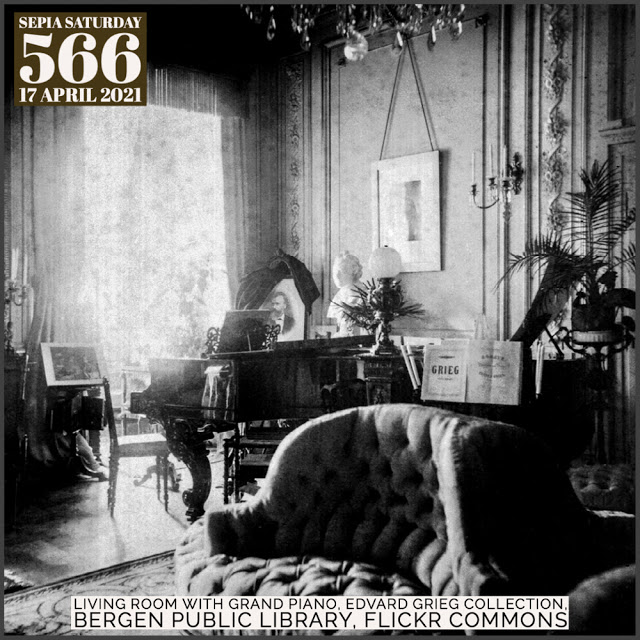