Fred Webber was known for his vociferous reading, for his “can do” attitude, and his considerable capability in many aspects of life. These were often combined in his famous – and much repeated – line, “If you can read, you can do anything.” (The Strange-Webber Connection, Spring 2000) 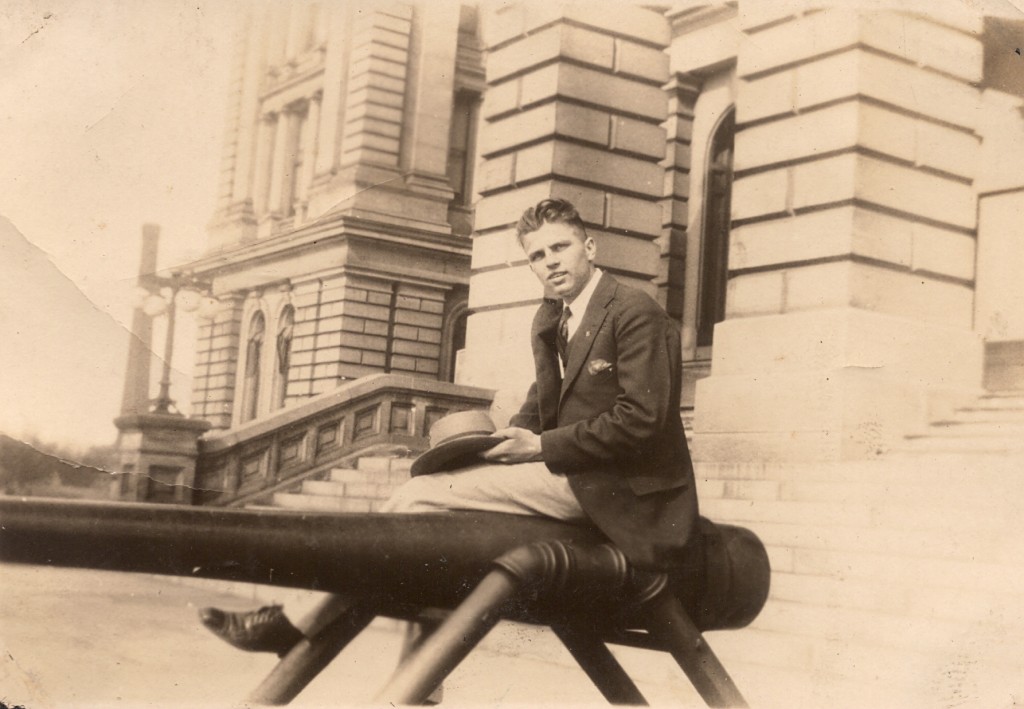 Fred proved his belief in the power of reading on more than one occasion. His daughter Dee shared this story in the family newsletter:

My father always said, “If you can read, you can do anything.” One evening at 198 Center Street (Hamburg, NY), Mother challenged this somewhat by saying that some things took talent, such as baking a pie. She felt that making the pie crust was something of an art.

The next thing I knew, Daddy was out in the kitchen gathering all the ingredients for an apple pie. He read the recipe, baked the pie, and later served us one of the best apple pies I have ever eaten. He didn’t even have the good sense to be modest!

Baking his first apple pie certainly demonstrated the truth of Fred’s philosophy, but he didn’t stop there. Fred further proved his case by building his own home (in his 60s) in Carol Valley, PA.  As reported in “The Strange-Webber Connection,” Fred wasn’t adverse to accepting help from others, however:

Bea reports that “Daddy couldn’t figure out how to get the stairway to the second floor. Ed came out for a weekend and looked at it, did some calculations, said he had it and off they went to the lumber yard.”  She also reports that she herself did some of the surveying when her dad was building the basement of the house. “I would say, ‘It’s off by a hair’ or ‘a tad’ and somehow we came to know how much was what.” Bea always asked her Dad to double check her surveying, though he said he didn’t need to. Carol Webber did not just sit and watch either – she mixed a lot of cement.

I would whole-heartedly agree with Fred’s assertion, except for the fact I can’t make a decent pie crust even though I am able to read.

10 thoughts on “Wisdom Wednesday – “If you can read, you can do anything.’”