I am sharing several posts about my great-uncle and great-aunt, Fred and Carol Webber, this week. The 80th anniversary of their wedding was Tuesday.

I don’t really have any memories of Fred and Carol Webber. We lived many states away from one another and we didn’t often visit relatives at the same time. But here I have a photograph of what was probably our first introduction to one another. I look quite happy in his arms. 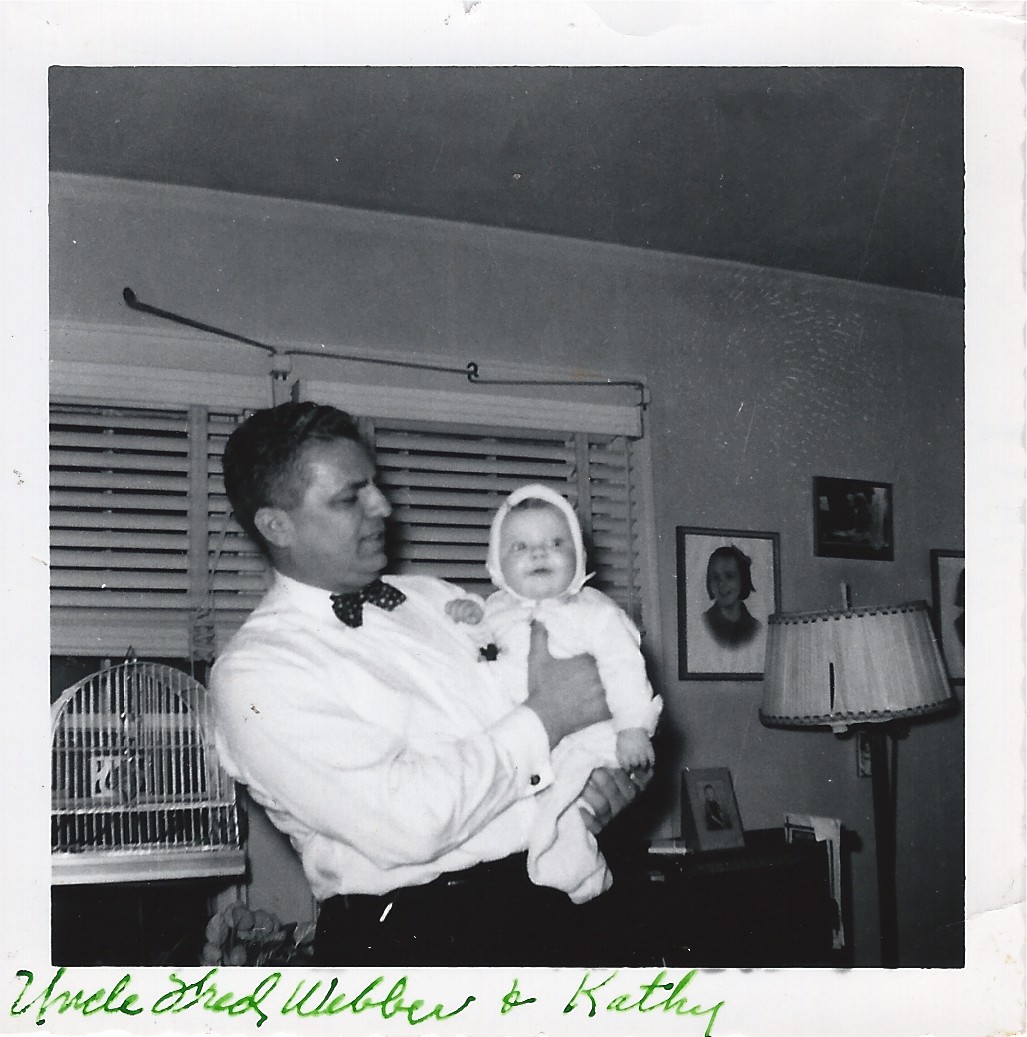 This picture was taken at the home of my great-grandparents, Dorinda Strange Webber and Myron David Webber. There was a lot of picture-taking that day, so I’m going to add a couple more. The back of one of the pictures says that I was 4 months old, so these must have been taken sometime in February 1954. 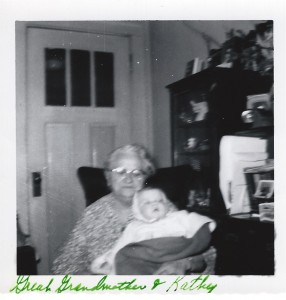 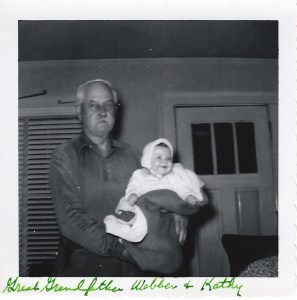 The 2nd treasure for today is a family story. I meant to include it here, but didn’t yet have permission from the story-teller to use it. As told by Fred’s and Carol’s son Ted (“The Strange Webber Connection” Spring 2000):

One of the greatest things I heard about Fred Webber I heard after he died. Mom told me this story and I think it is nothing short of being a great love story. Excuse any poetic license I may use in telling this story, because I don’t remember each and every detail. I have told this story to my friends and they also find it to be an amazing story.

It seems that Mom received a call that Dad would be late. Maybe the call came late and Dad had to go out late. It doesn’t really matter. What matters is that he was gone, was out the entire night, didn’t call and let Mom know where he was. Quite assuredly, Mom was upset over the evening. Dad came back to the house the next morning, got dressed for work, went to work and said not a word about the incident.

It was years later, maybe at the going away party when they left Hamburg, that a woman came up to Mom and told her how much Dad meant to her. It seems that on the night in question, this lady had to have her son committed to a mental institution. She was totally stressed out and Fred Webber was there for the entire night helping her with what had to have been the most difficult night of her life.

To me this story tells the whole story of Fred Myron Webber. He lived to serve other people. He loved others and loved making life better for others. That he did what he did and kept his sanity is hard to believe.

Thanks for sharing this wonderful story, Ted!