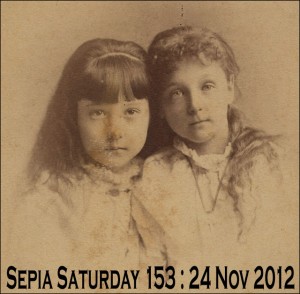 Today’s prompt image is a photograph of Lala Williams and Elgie Crook from the Samuel Bell Maxey Collection at the Texas State Archives. Upon first glance, we might assume that the two young girls are sisters. We would be wrong – but not entirely. Elgie’s mother and Lala’s father were siblings. Elgie’s mother died when she was a little girl and she was sent to be brought up by her uncle. The cousins grew up as sisters.

And so I have chosen a picture of two (older) girls who are not exactly sisters, yet they are. 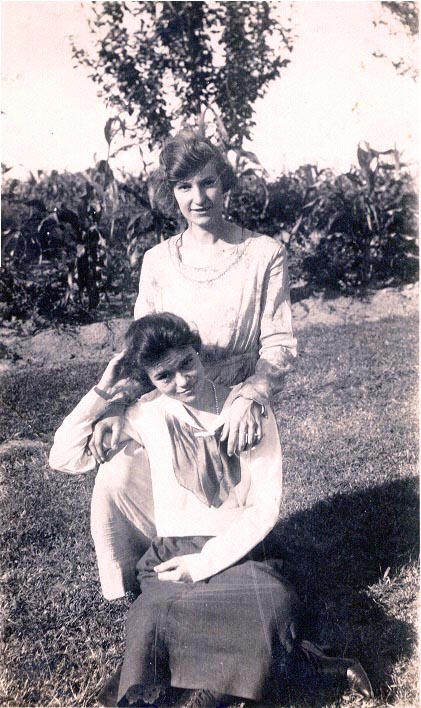 The young woman kneeling is my grandmother, Eveline Coates. She is pictured with Edna Hoskins. On the back of the photograph, my grandmother wrote “Pals”.

And so we know that she and Edna were close.

Eveline and Edna grew up in the small communities of Walnut and Mystic, Appanoose County, Iowa. In the 1920 U. S. Census, their family homes are separated by one house. Eveline and Edna both married in 1923 – Eveline in February and Edna in August. With the marriage of Eveline Coates to Thomas Hoskins, Eveline and Edna became sisters…in law.

I have a picture of Edna that may have been taken on the same day. 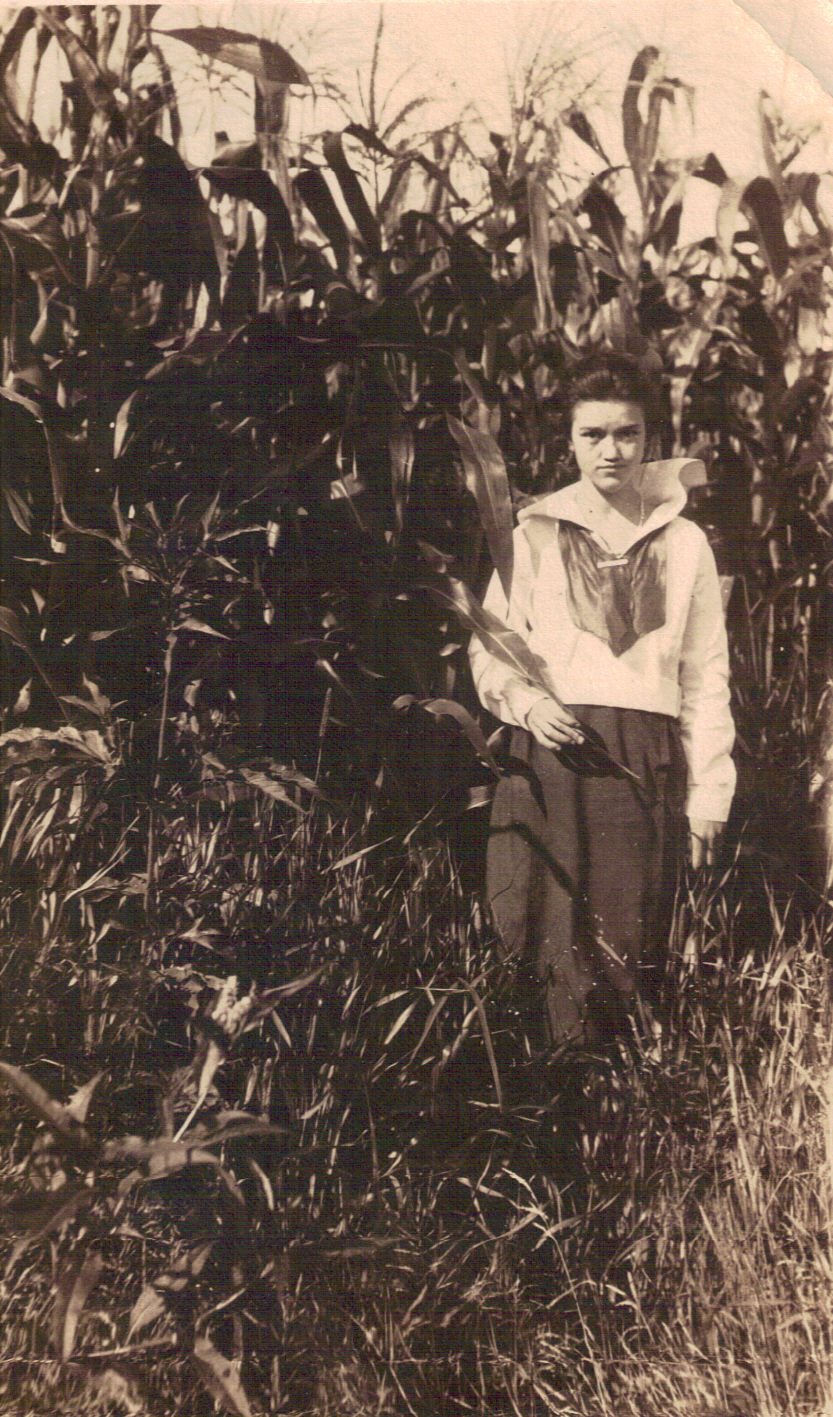 I think Edna looks happier in the company of Eveline. Or maybe she just didn’t want to stand in the cornfield.

And here is a picture of Eveline wearing the same dress – but this doesn’t look like it was taken on the same day. Her hair is different. She is in a different location. And she has a pretty lace hat. 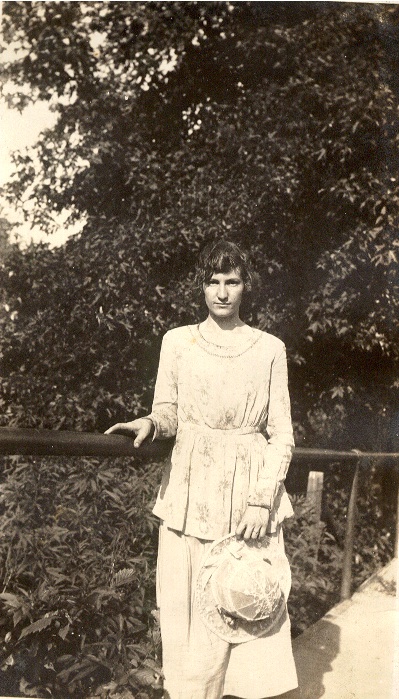 It is hard to tell, but Eveline may be wearing a ring on her left hand – possibly her wedding ring, which would date this picture (or both?) as 1923 or later.

A few years ago, I found a heritage craft in a magazine that I took inspiration from and made this little tribute to Eveline and Edna. 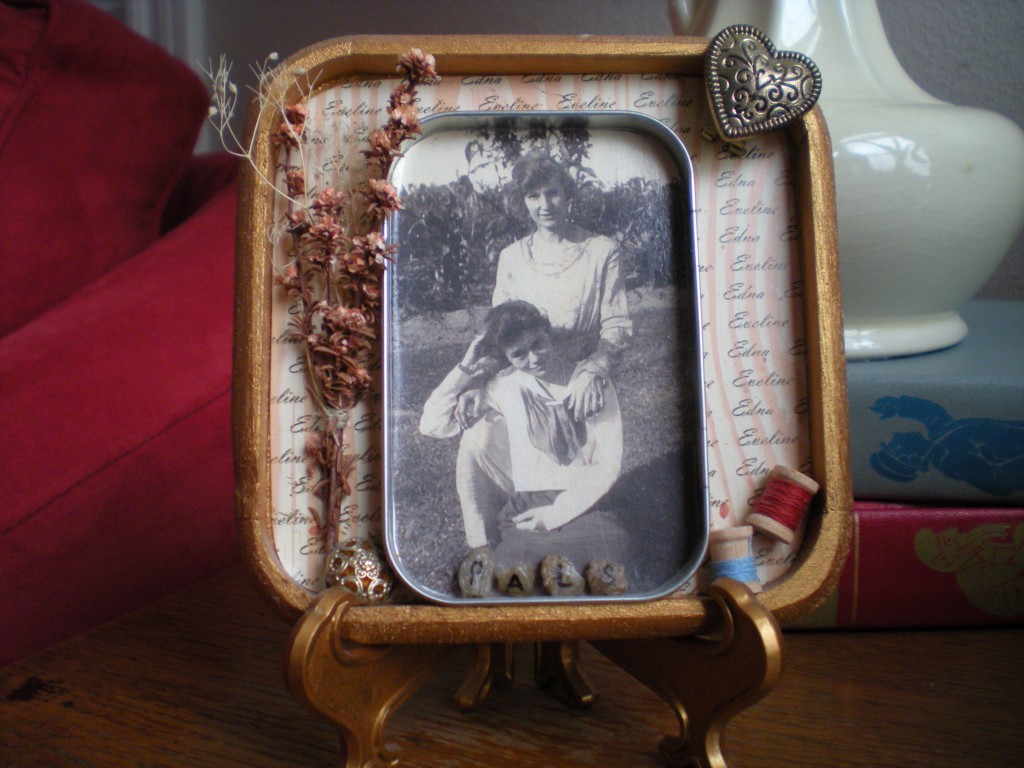 To see what others have created with today’s sisterly prompt, visit Sepia Saturday.

31 thoughts on “Sepia Saturday – Sisters, But Not”