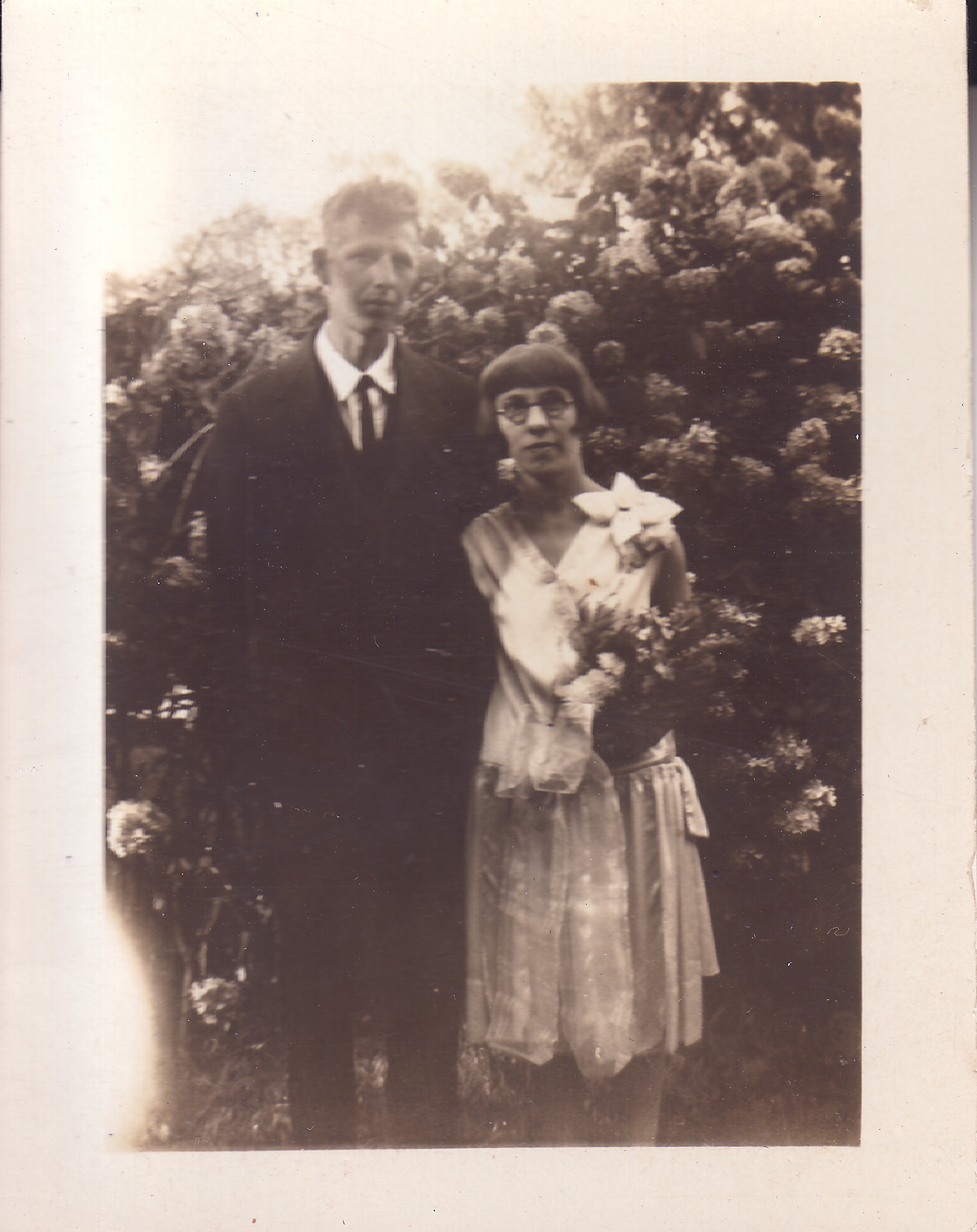 Norman was the first child of Myron David Webber and Dorinda Rebecca Strange. He was my grandmother Abbie’s older brother and my great-uncle.

This quote from a Webber family newsletter sheds light on how Norman, who lived in Iowa met Irene, who lived in Minnesota:
Their first summer in Iowa City, Myron, Dorinda and 6 of their children lived in a tent in City Park – with no sleeping bags. It was a momentous summer – here in the park, Norman met Irene, who was in town visiting her cousin Phil Norman.

And here we have a picture of Irene, Norman, and a woman whom I would guess is Irene’s mother. The photo is identified with these words:
1926
In Tyler
Showing my ring
Irene Irene looks really happy, but she’s not giving us a good view of that ring!

Twenty-three guests signed the memory book at the wedding. There are no names from Uncle Norman’s family. 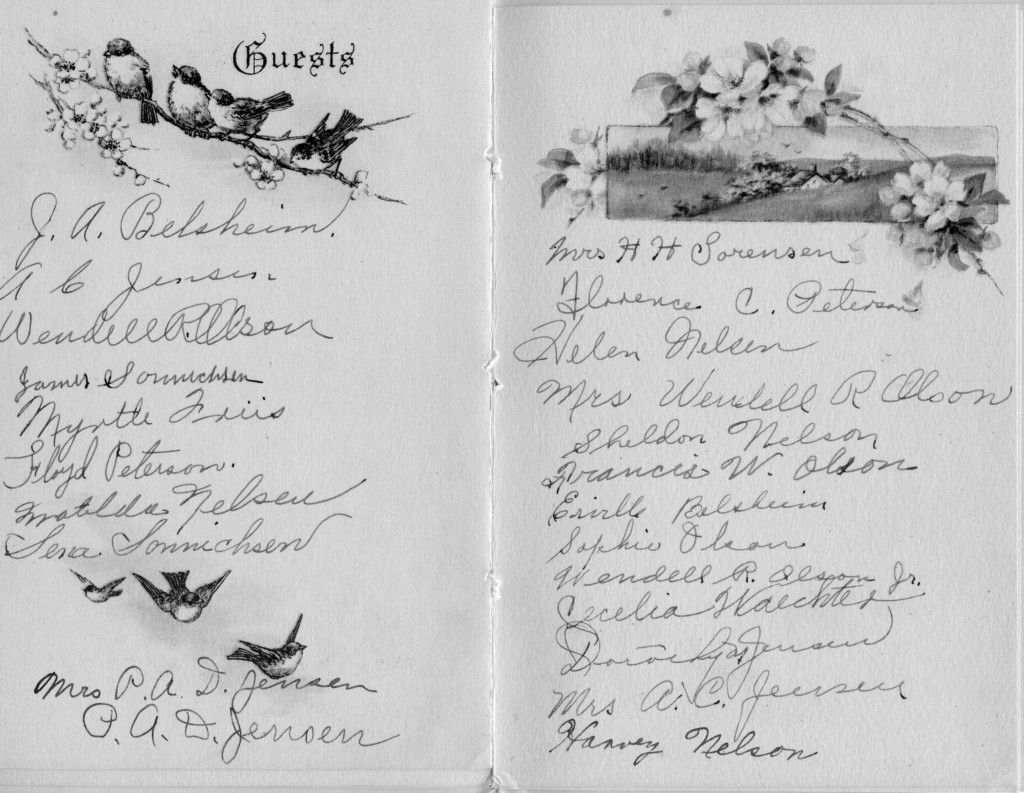 Attendees of the wedding of Norman and Irene Webber

Cousins have been emailing back and forth the past few days helping me by sharing information and documents. (Thank you, thank you, thank you!) Some had heard that there was a rush to the altar, but no one knows for sure. Whether or not this was a “shotgun wedding” – perhaps due to a false alarm – it was a marriage that lasted and all agree that their love for one another was genuine. 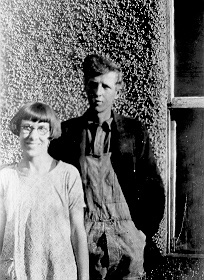 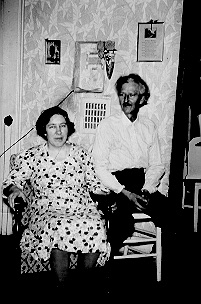 And here we have Norman and Irene opening gifts on their 25th anniversary at the home of Ersel Webber Addis and Laird Addis. 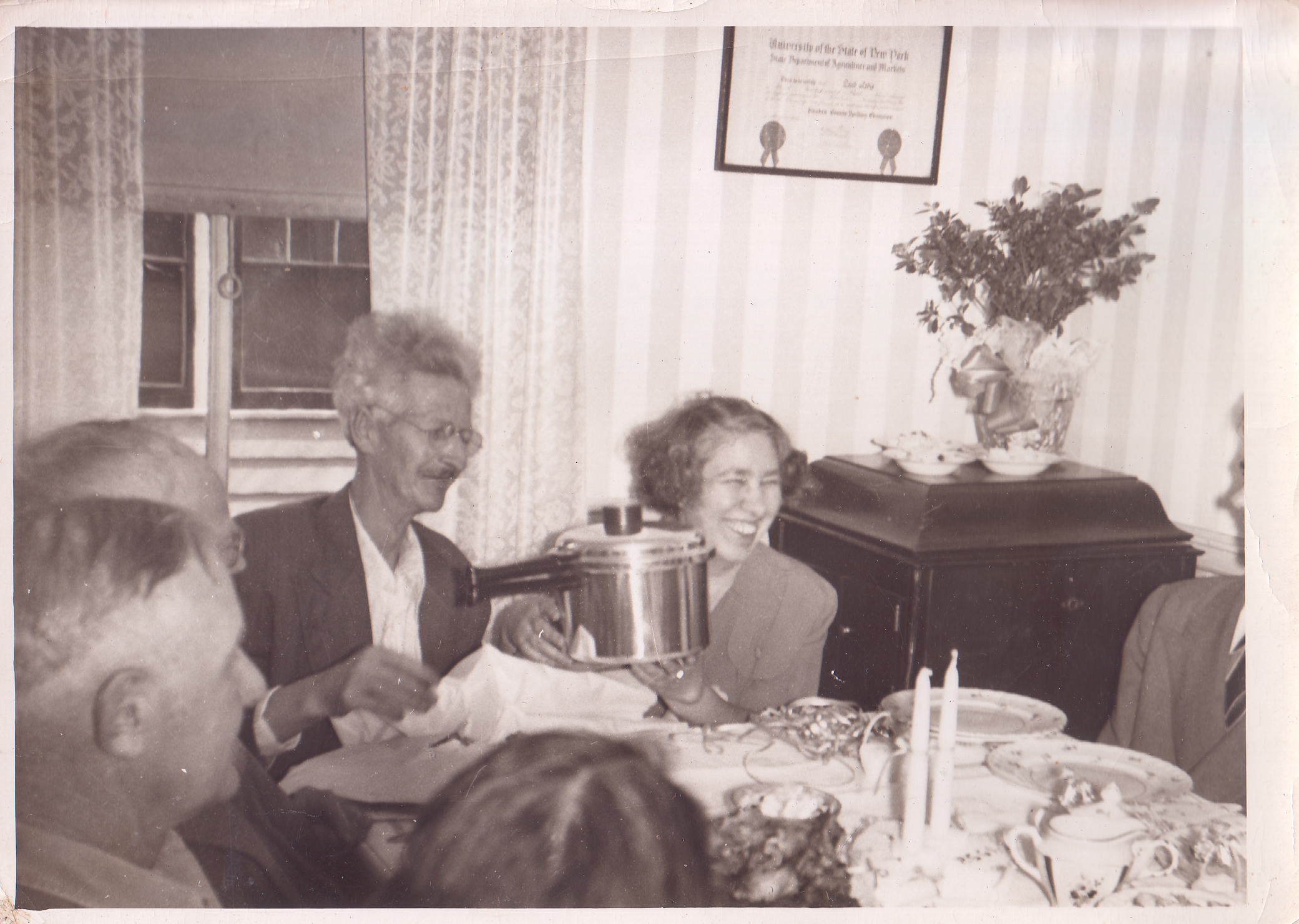 Uncle Norman was known to have rather unruly hair. 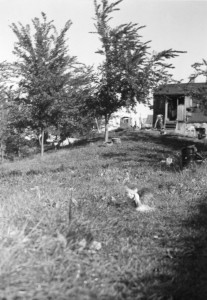 Uncle Norman may not have given a monetary value to his home, but the 1930 census taker valued it at $300. To give some context, other homes on that page were valued in the thousands. Uncle Norman earned his living as a plasterer and it was not full-time work.

I love Uncle Norman’s sense of humor and writing style. “After leaning lean-tos completely surround the house and lean-tos leaning lean-tos to the lean-tos, we are beginning to feel just a bit crowded again. Shall we repeat the cycle?”

Norman’s words: “We have learned to live with the two of us” seem to echo their sense of loss in having no children. But this story also makes clear that Norman and Irene felt great joy in having nieces and nephews come to visit and be a part of their lives. As cousin Yvonne wrote in an email, “We are their children.”

In later years, Norman and Irene lived with Norman’s parents in Iowa City. They also lived in a house on the property of Norman’s sister Abbie and her husband Charles (my grandparents). I wrote a little about their home and business in Charles’ and Abbie’s Place.

One more story for this wedding anniversary post. As a wedding gift, Uncle Norman gave one of his nephews and his bride a “kissing stool” because of their height difference. As you can see, Uncle Norman was well acquainted with this particular problem.