An Austin story B.C. (Before Children), sometime between 1975-1985.
A series of stories for each letter of the alphabet. The 70s were a long time ago. 26 stories might be a stretch for my brain, but I have made it to D – as has the prompt photo for this week. 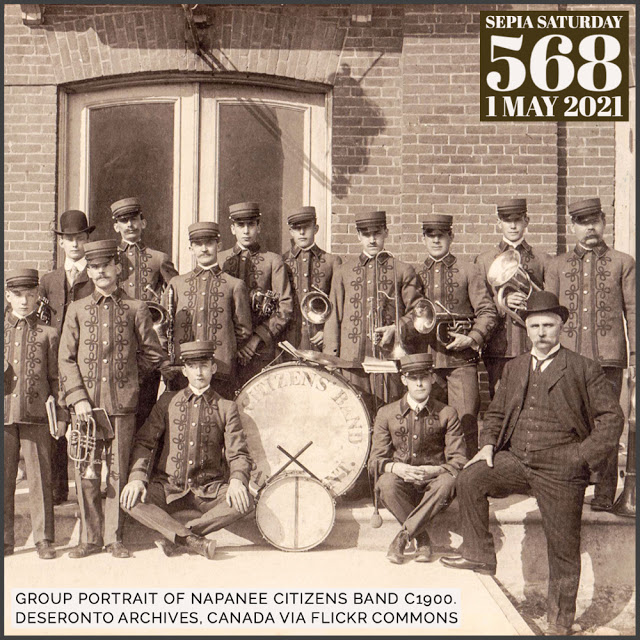 As there is a band in the prompt photo, I’ll begin with a song written and performed by Joe Ely and band.

Well the sooner I leave this town behind
The sooner i’ll get control
Of all my crazy dreams and my hard-losin’ schemes
My heart, body, mind and soul
I been

Guadalupe Street (mispronounced locally as gwad-a-loop) runs along the west side of the University of Texas campus. On the side opposite of campus are restaurants, the University Co-op Bookstore, and an assortment of businesses that cater primarily to the student population.

This newspaper photo shows a very crowded Guadalupe St. when UT students returned for the spring semester in January 1978. The inside of the UT Co-op Bookstore was probably just as crowded. 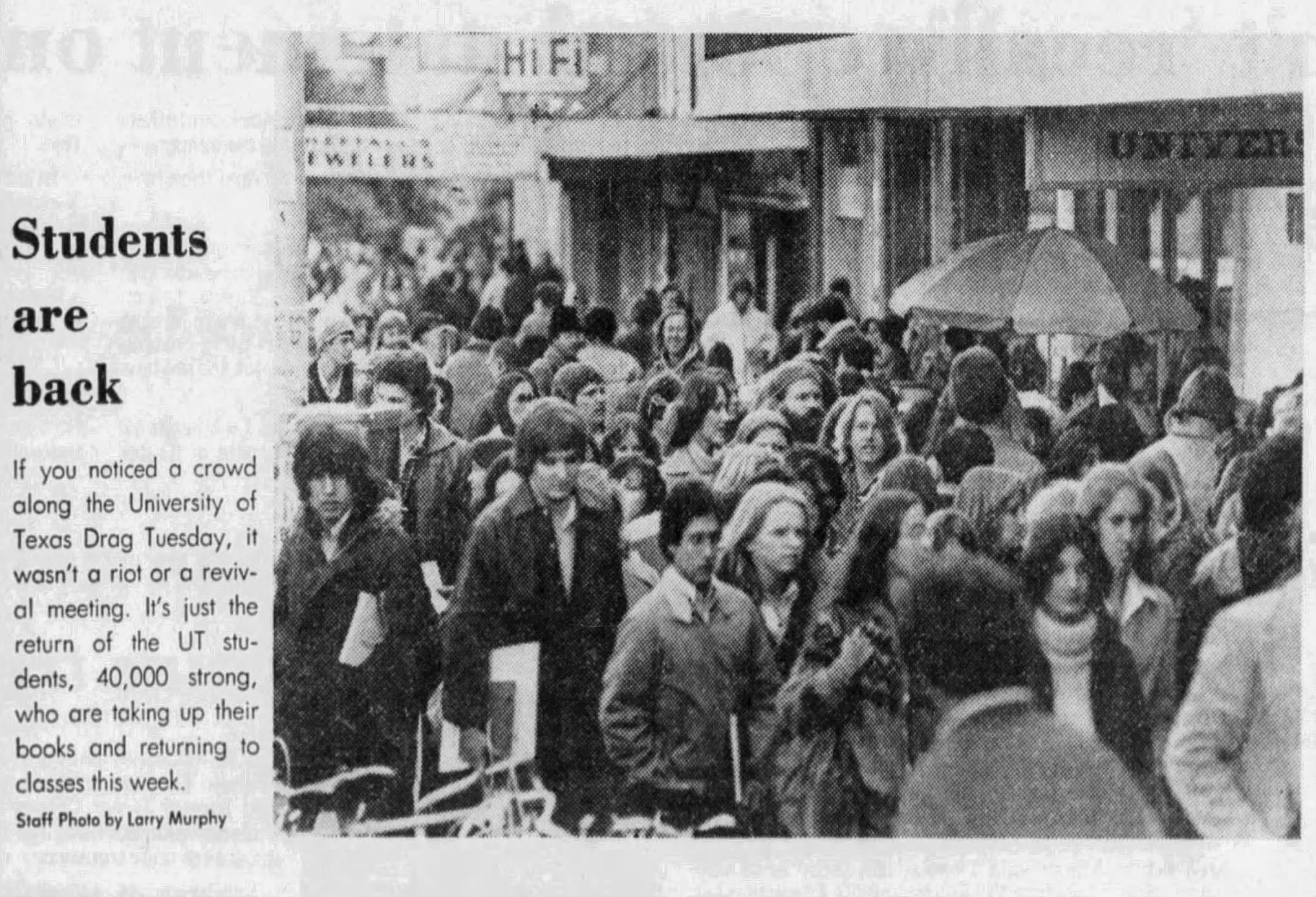 The sidewalk along the Drag was not always that packed with people. The photos below better reflect my memories. The song references The Rag, an underground newspaper founded in 1966. Until today, I didn’t realize that The Rag still exists – as a blog. Some of the artful covers are on Flickr. 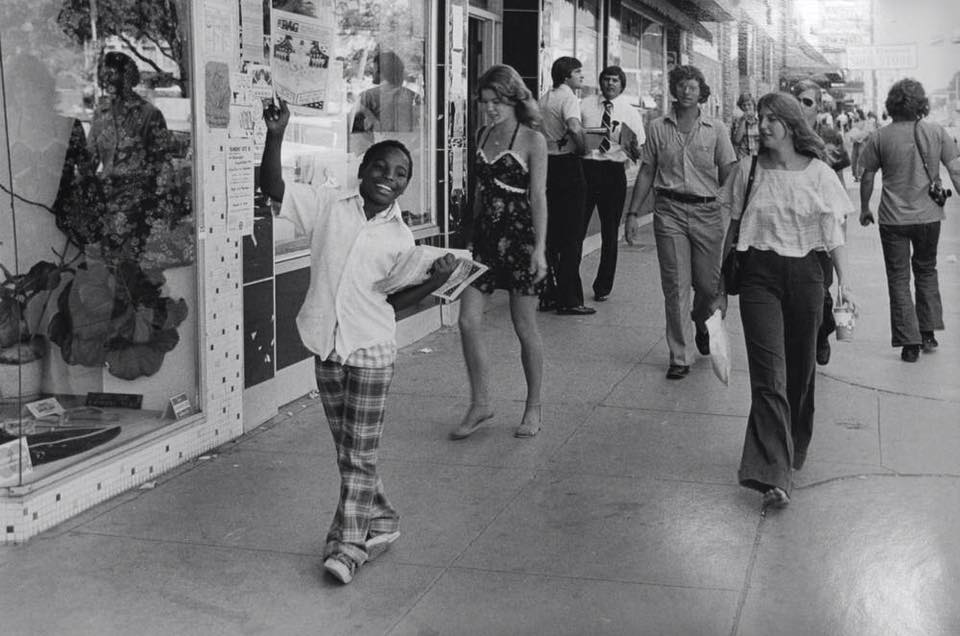 This photo especially evokes the feel of the Drag in the late 70s. Buskers. Street food. Flower sellers. Someone sitting on the sidewalk selling something – often puppies in a cardboard box.  Sometimes a couple just sitting there, backs against a wall and, not-so-uncommonly, a woman going topless. This woman is selling a kit to test marijuana for an herbicide. 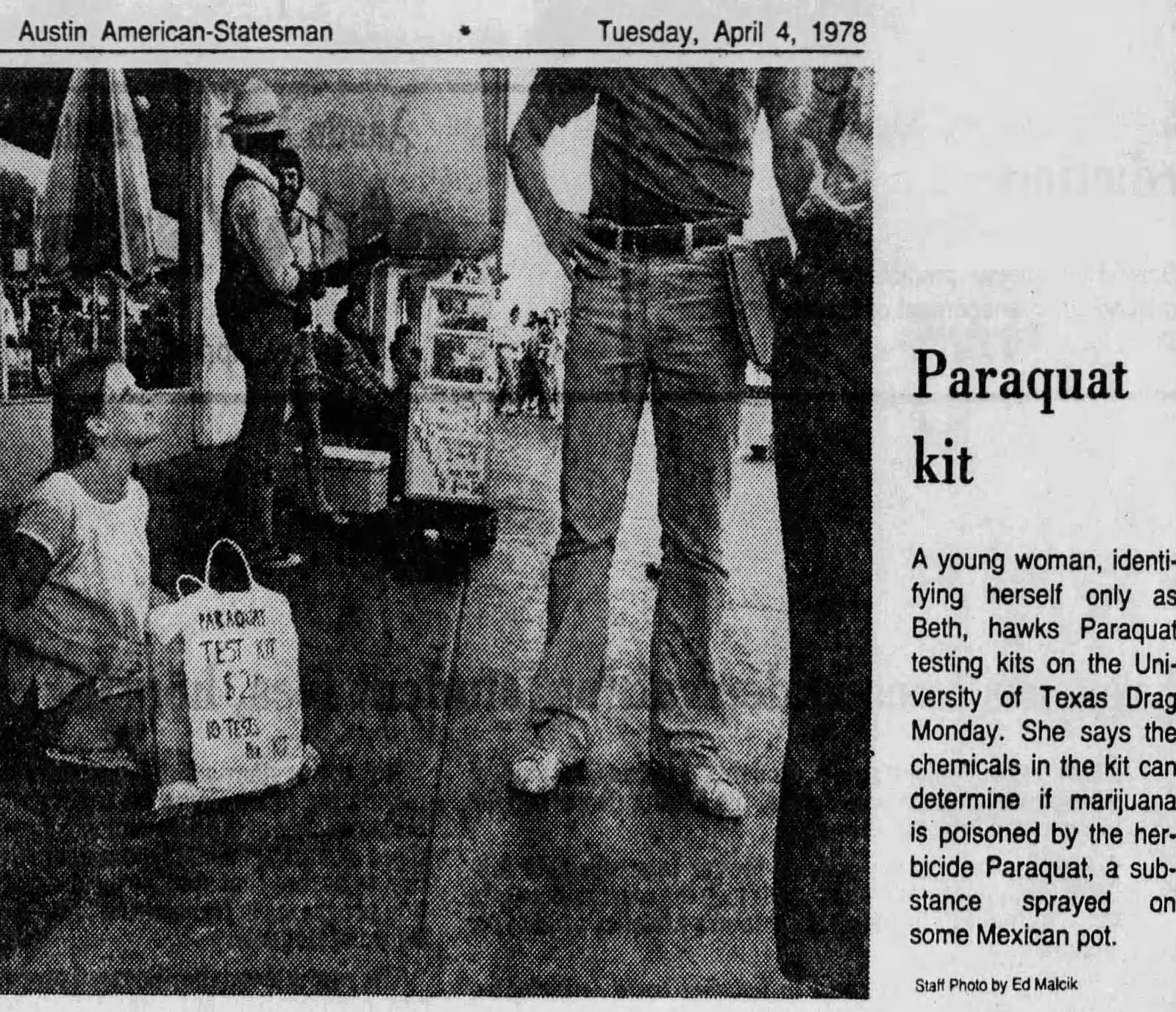 The food cart in the photo above looks like an egg roll cart that was the available street food at that time – before the proliferation of food trucks we have now. I had a few egg rolls during grad school, but my husband never trusted that his gut would be happy, so he did not. The photo below is Saigon Eggrolls. The photo above may be the competing egg roll stand. 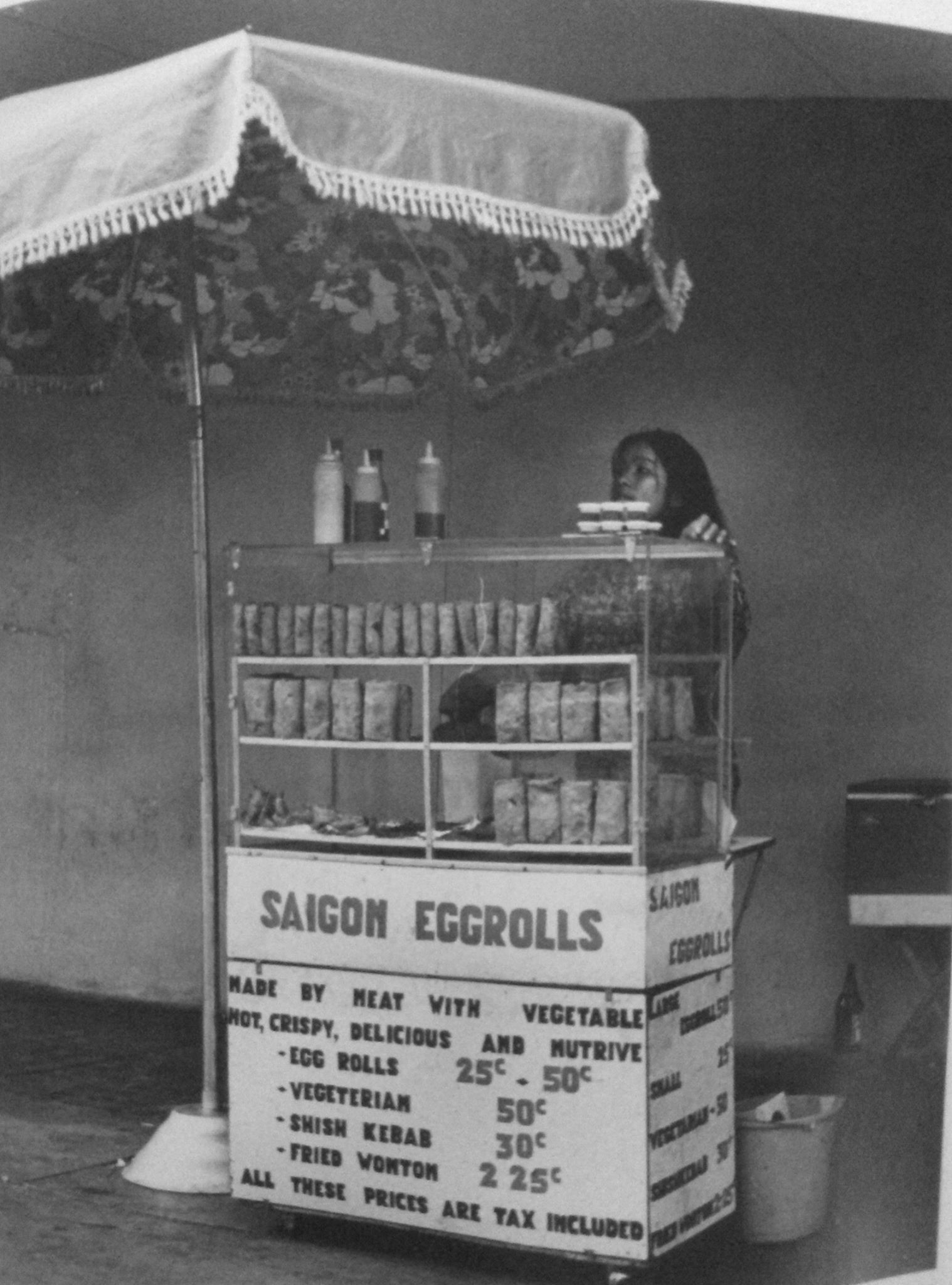 It was fun to stop into the stores along the street. One of my favorites was The Cadeau. It was filled with a wonderful mix of clothes and gifts and home items that no one else was selling.

Sometimes there was a loud street preacher. Sometimes Hare Krishna. Always an interesting mix of people who mostly shared the space congenially. Frats and freaks and more. And, as the song implies, some who slept in doorways and alleys.

My husband and I often did some people watching and shopping on Saturday afternoons. Some of our favorite stops were on side streets adjoining Guadalupe. I think I’ll save them for another post.

One of the frequent buskers on the Drag was not a musician, but a mime. We enjoyed watching him perform and my husband took this photo of him. I am embarrassed to say that I don’t remember giving money to anyone performing on the street. Although we we didn’t have a lot of extra cash at the time. But still. 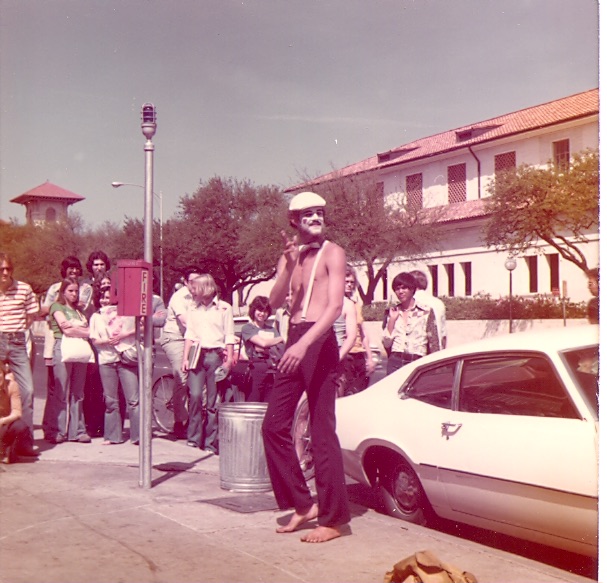 Does the mime in the photo look familiar to you? 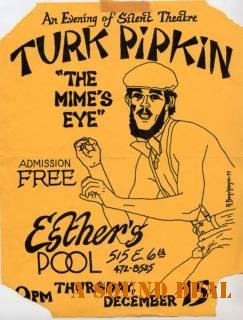 Does the name Turk Pipkin ring a bell? 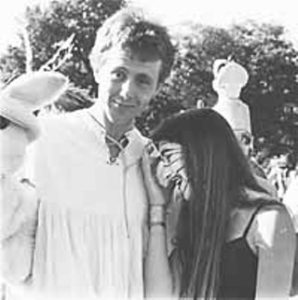 Turk Pipkin wrote this about himself in an article for Texas Monthly magazine.
I went to Austin to go to the University of Texas but ended up performing on the drag and at beer-soaked clubs like Castle Creek and The Armadillo world headquarters. At The Armadillo, I met my best friend, Harry Anderson, the actor and magician. Harry was the one who got me out to Los Angeles.

He also wrote this piece about his friendship with Harry Anderson and their early careers for The Austin Chronicle in 1999.

Turk Pipkin still lives in Austin. He has written a number of books, acted in numerous films and television shows (I never watched The Sopranos, but he had a recurring role), among other accomplishments. A recent enterprise is The Nobelity Project. The project began when he interviewed nine Nobel Peace Prize winners and turned the interviews into a documentary in 2006. That experience became something much larger than a documentary film. From the Nobelity Project website:

The Nobelity Project focuses on educational and environmental progress in East Africa, Latin America and at home in Central Texas.

​Our vision is simple: every child has the right to a quality education.

Our mission is direct: we bridge gaps in education so each child has a ladder to success in school and in life.

Our commitment to you is clear: your support is used in the best possible way to build a brighter future for 15,000 children every year.

Although much of the work of The Nobelity Project has been in Africa, there have been a number of projects in the United States, including helping to bring back the trees lost in the fires at Bastrop State Park in Texas in 2012.

I enjoyed this short video made in 2015 to celebrate ten years of The Nobelity Project.

Not bad for a street mime.

6 thoughts on “Austin Stories B.C. – Down on the Drag”