My attempt to share stories for each letter of the alphabet featuring our life in Austin B.C. (Before Children) 1975-1985. The 70s were a long time ago. 26 stories might be a stretch for my brain, but I have made it to E – as has the Sepia Saturday prompt photo for this week. 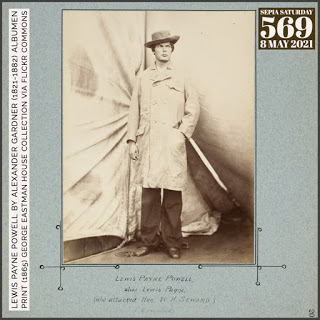 A man, standing alone. Hand in his coat pocket. Looking to the side. At what? For whom? Not a nice guy according to the notes below the photo. “E” for Executed.

The man in the prompt photo reminds me of a man I saw standing alone in front of the open door of our apartment. He wasn’t a nice guy either. I have no photos to confirm his presence there, only the dim image stored in my memory.

One evening before sunset, my husband and I returned home from an errand and pulled into a parking space right in front of our apartment. To our great surprise, a young man was standing in the threshold with the door open behind him. Just standing there. Not moving. Not holding anything. Just casually standing and looking out into the parking lot.

We immediately backed out and went to a pay phone at a nearby convenience store to call the police, then drove back to the apartment complex to wait. By the time we got there, no one was standing in the doorway and the door was closed.

We reported what we had seen to the police and they entered the apartment. No one there. Some things out of place. Our television gone.

I told the police who did it. I recognized the guy. He lived in the complex behind us in an apartment on the second floor. I had the perfect view of his apartment from the window over our kitchen sink and the sliding glass door to the patio. I had seen him several times on the landing outside his door, smoking or just standing out there. I was sure it was him.

Unfortunately, the police said there was nothing they could do. We had seen him in front of the open door. On the threshold. His body was not inside the apartment when we saw him.

The Texas Penal Code defines entry as the “intrusion of the entire body”.

Something had nudged us to mark the more expensive items we owned, including the TV, with a driver license number in case they were stolen. If our TV turned up, the police would return it to us.

The days and weeks after the burglary brought a new kind of emotion that I had not experienced before. Violation. I felt violated. When I opened a drawer, I was angry and gutted to know that he had gone through our things. My things. Personal things. And he had taken from us.

As it turns out, we got our television back. A couple of weeks later, the police arrested a “fence” who lived in our apartment complex. Of course he did! They found a lot of stolen televisions and stereo equipment in his apartment. But this did not lead to the arrest of our burglar.

One day sometime later, a commotion caught my eye through one of the windows. Police officers were at the thief’s door. I watched as police led the thief down the stairs. He was busted for drugs, not burglary. It felt like some vindication.

This is the third memory I have written about living in this apartment. Bats. A clown. A thief. I have at least one more to share. The newspaper ad wasn’t lying.

I’m finding that we just don’t have a lot of photos from this time in our life. These days, we pull out our cell phones to document almost everything. And so I offer this photo from the 1948 Italian film Bicycle Thieves. 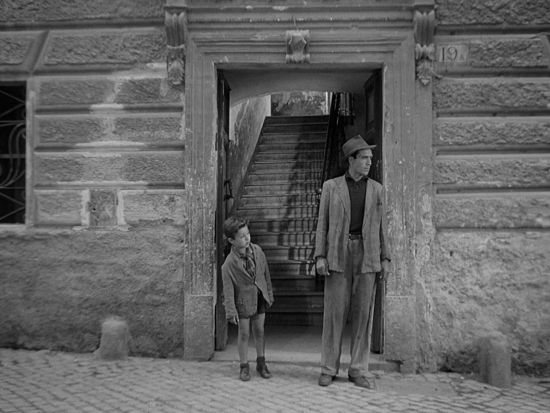