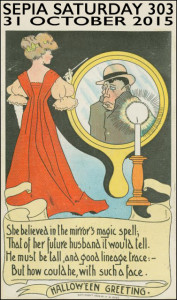 Gee, I haven’t participated in Sepia Saturday in quite a while! I mean too, but my muddled brain doesn’t always cooperate. But I am here today!

Today’s prompt is an image of a vintage Halloween greeting card. I don’t have a greeting card, but I have a couple of pictures that I think complement the theme. 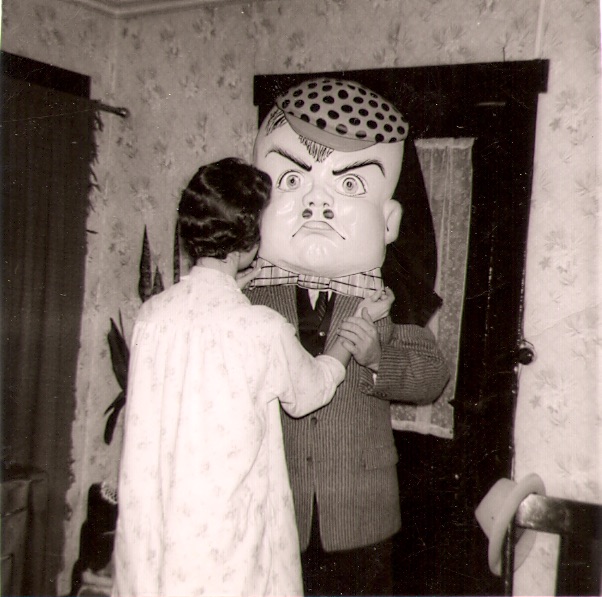 Here we have a woman standing with her back to us, right hand raised, facing a man dressed in a jacket and wearing a hat. This guy looks pretty grumpy, as does the guy on the card.

A second photo was taken a few minutes later and now we understand that this is a grumpy boy. His hat looks rather juvenile by comparison. Perhaps he grew into a grumpy man. 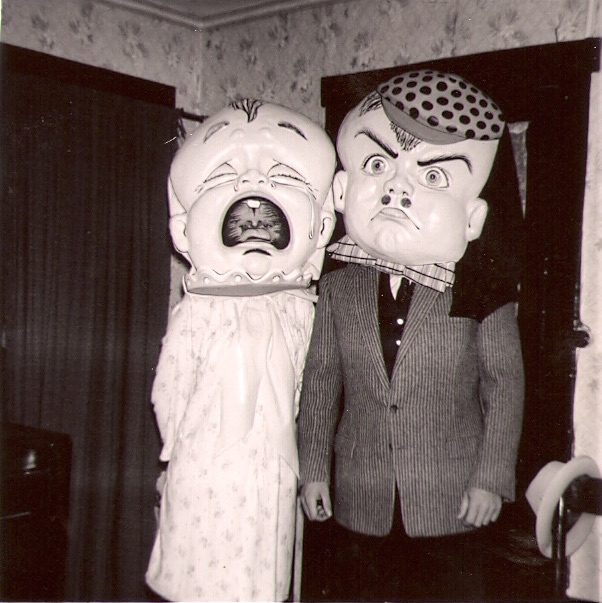 These pictures were taken while my mom and step-dad were dating – so the poem on the greeting card is also a match:

She believed in the mirror’s magic spell;
That of her future husband it would tell.
He must be tall, and good lineage trace:-
But how could he, with such a face.

I recently showed Dad this picture and he said that they went to a costume party and assumed people knew who they were, but after sitting on a couch for some time with no one speaking to them, they realized that no one had any idea who they were.

I think these are pretty great masks! I wonder where they (probably Mom) found them? This was long before the internet after all.

At the time this was taken, Mom and I lived with her parents in Ottumwa, Iowa. I’d never noticed until now that my grandfather’s hat is hanging on the back of the chair on the right.

They made quite a cute couple at Halloween – and on their wedding day! 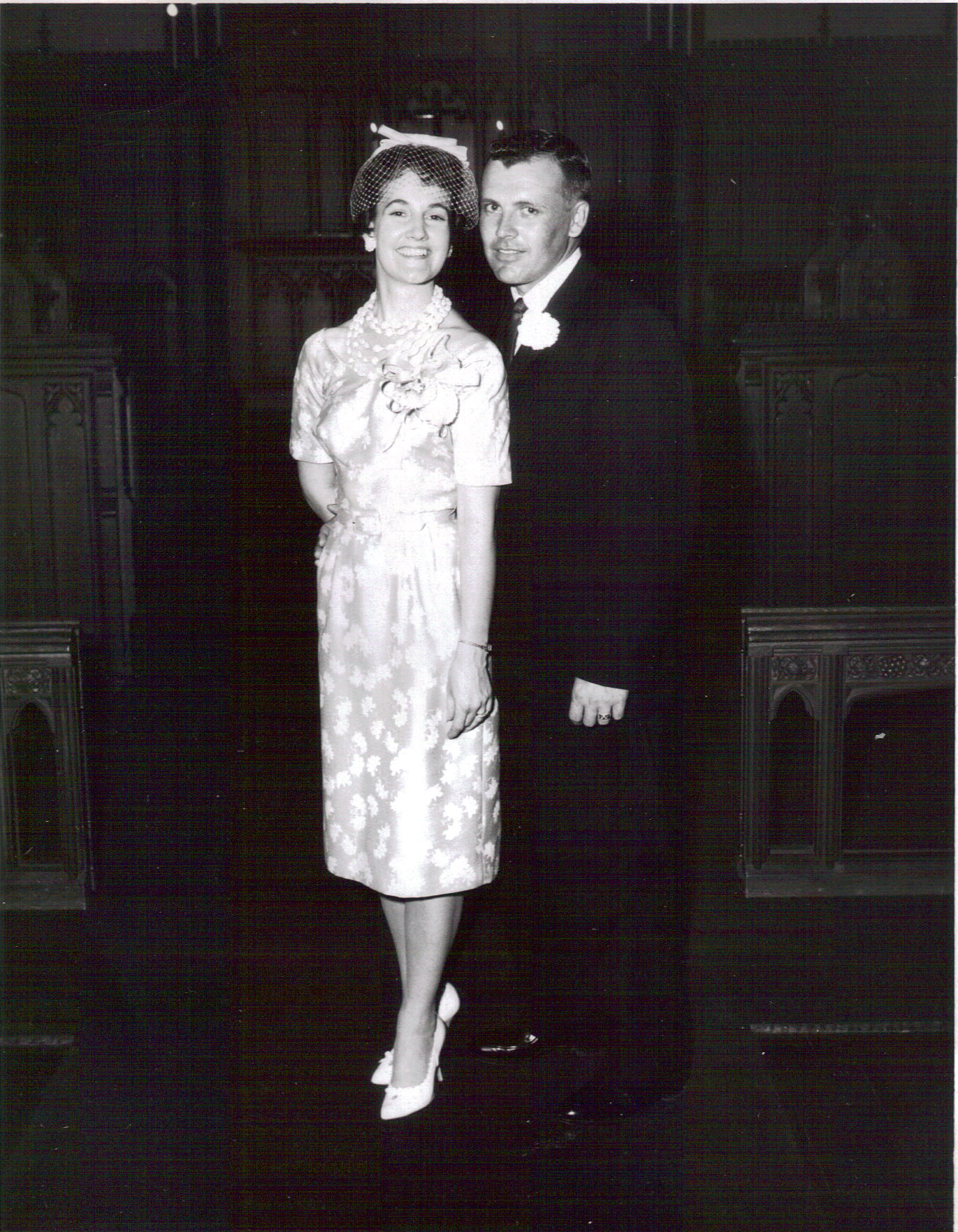 It’s Halloween, so go trick-or-treating at the doors of other Sepia Saturday participants.