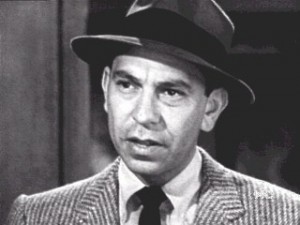 I looked for a clip from the old Dragnet television show with Detective Joe Friday saying the most famous line from the series: “Just the facts Ma’am.” I couldn’t find one.

It turns out that Friday, as portrayed by Jack Webb, never said those exact words. What Friday actually said in an early episode is “All we want are the facts.” Parodies of the Dragnet series popularized the phrase. Never happened. We just thought it did.

What does Dragnet have to do with the Bryan Family Bible anyway? Well, let me explain…

Most of my posts about the Bryan Family Bible have been attempts to analyze handwriting or intentions or understand circumstances. I’ve been using facts, but making guesses. As I was preparing yet another post, I realized that I already disagree with something I wrote in one of my previous posts.

What do I do about that?

Well, today, what I do about that is offer just the facts in the form of my transcription of what is written in the Bible. No speculation. No analyzing. No attempt to understand the mindset of the writer. No guessing – except for interpreting handwriting. 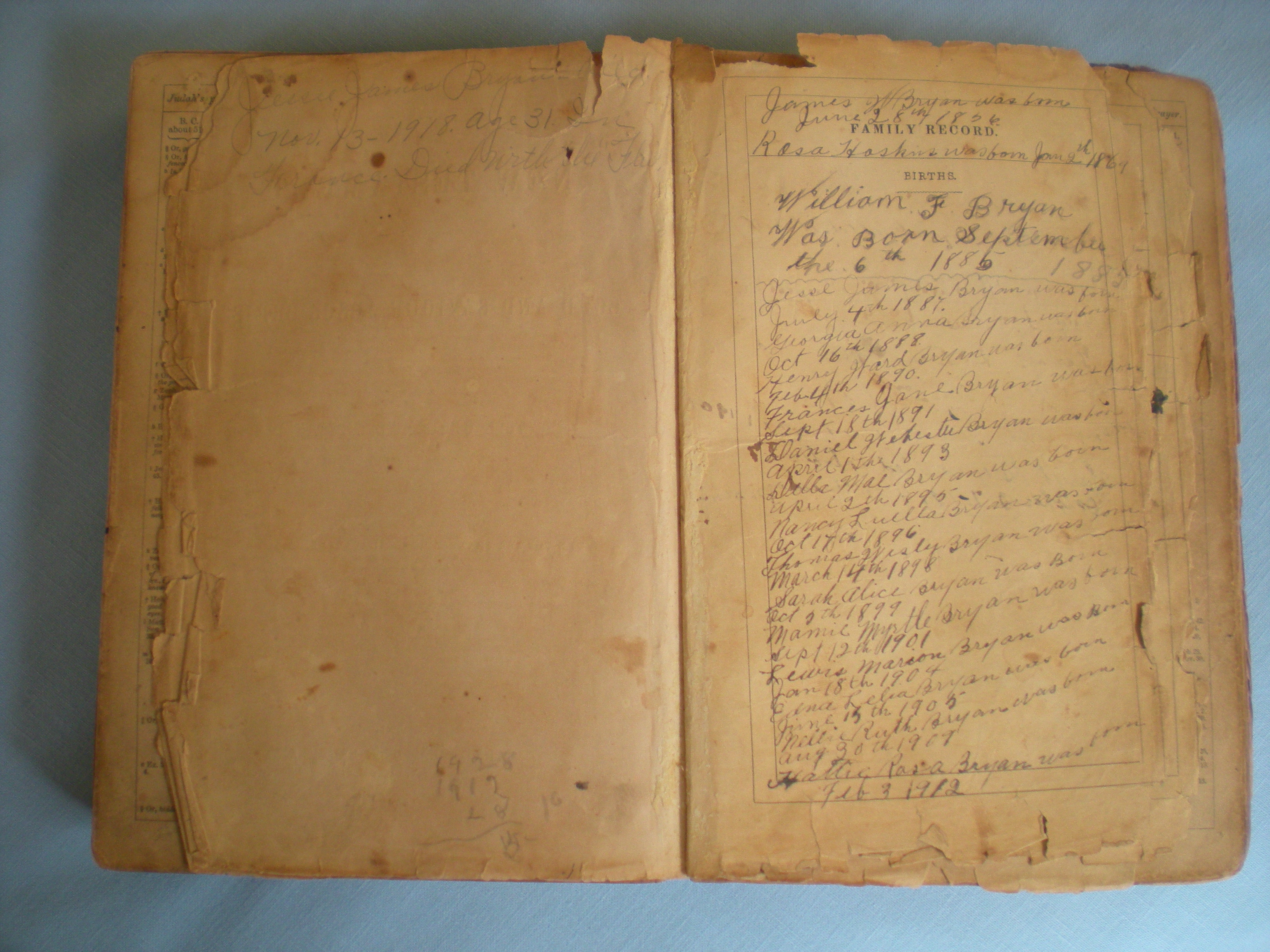 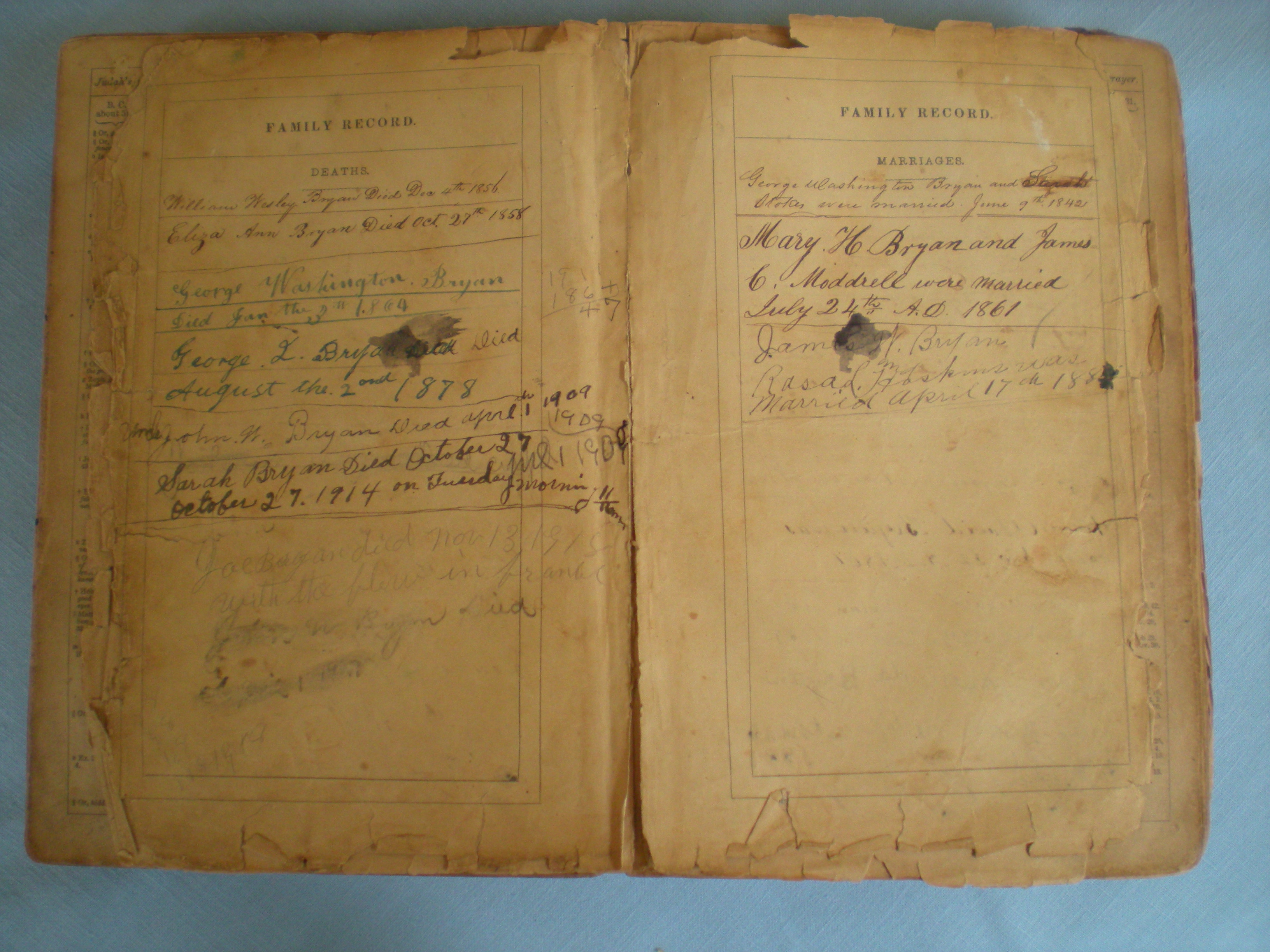 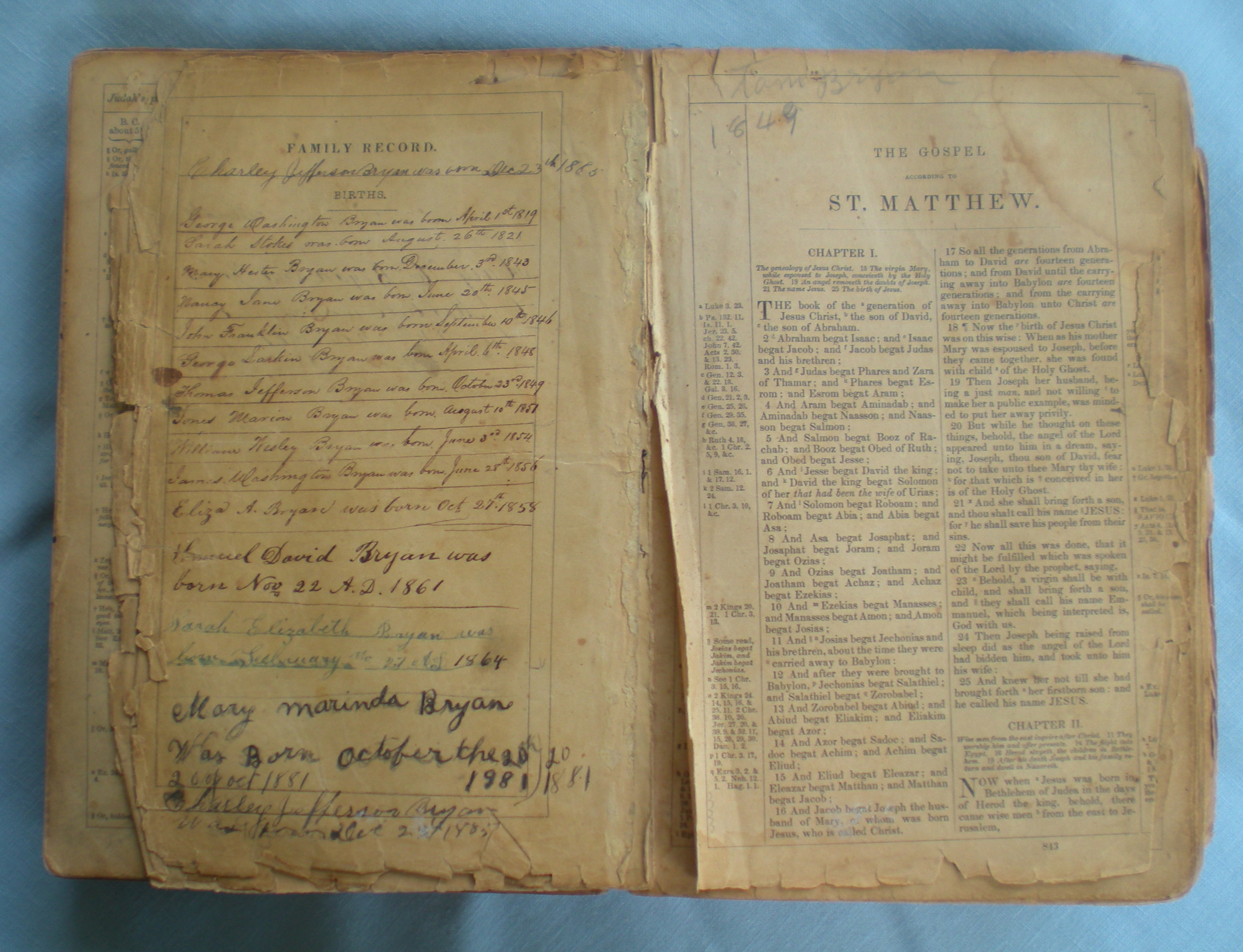 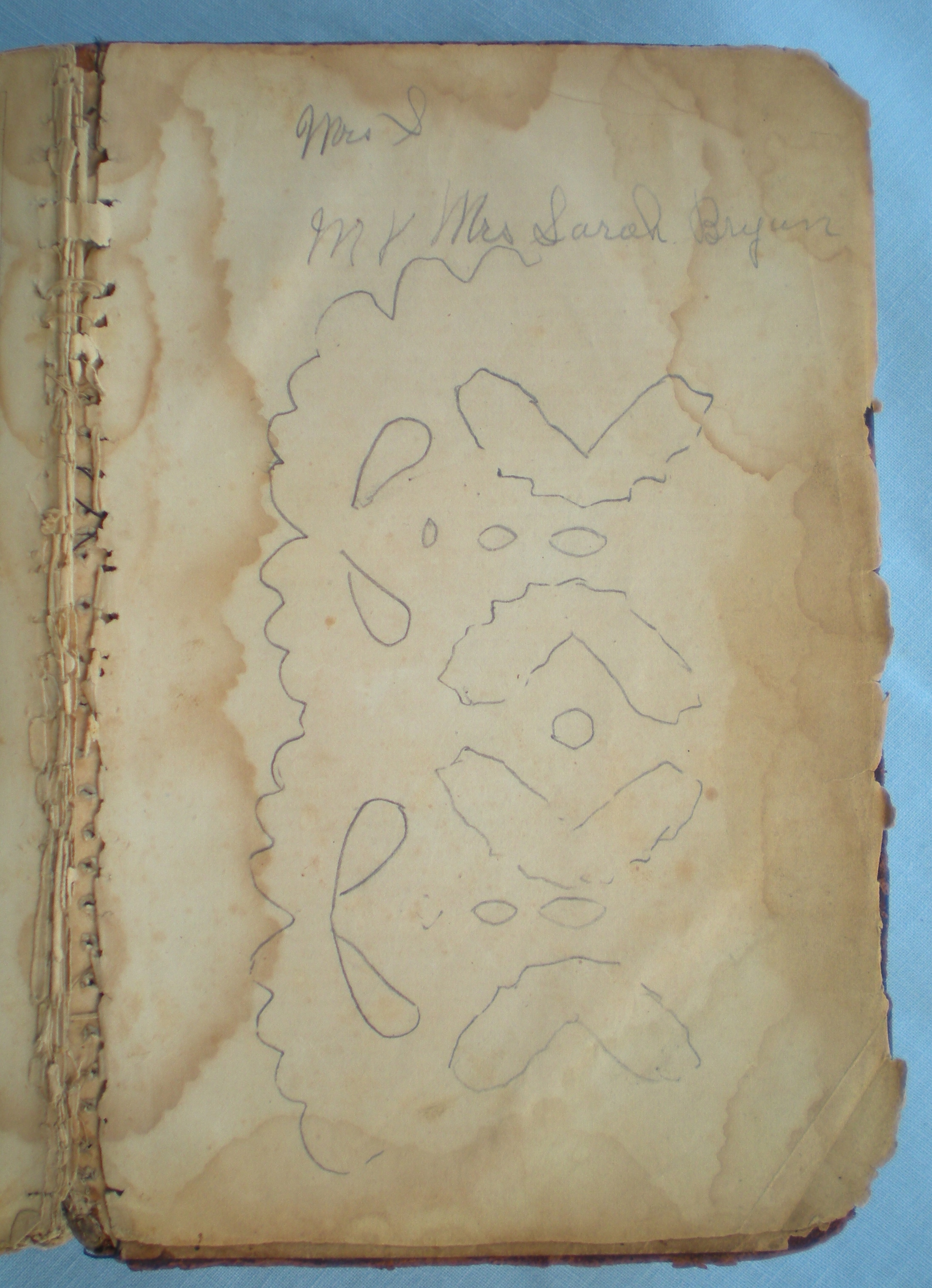 No record of information on the page above. 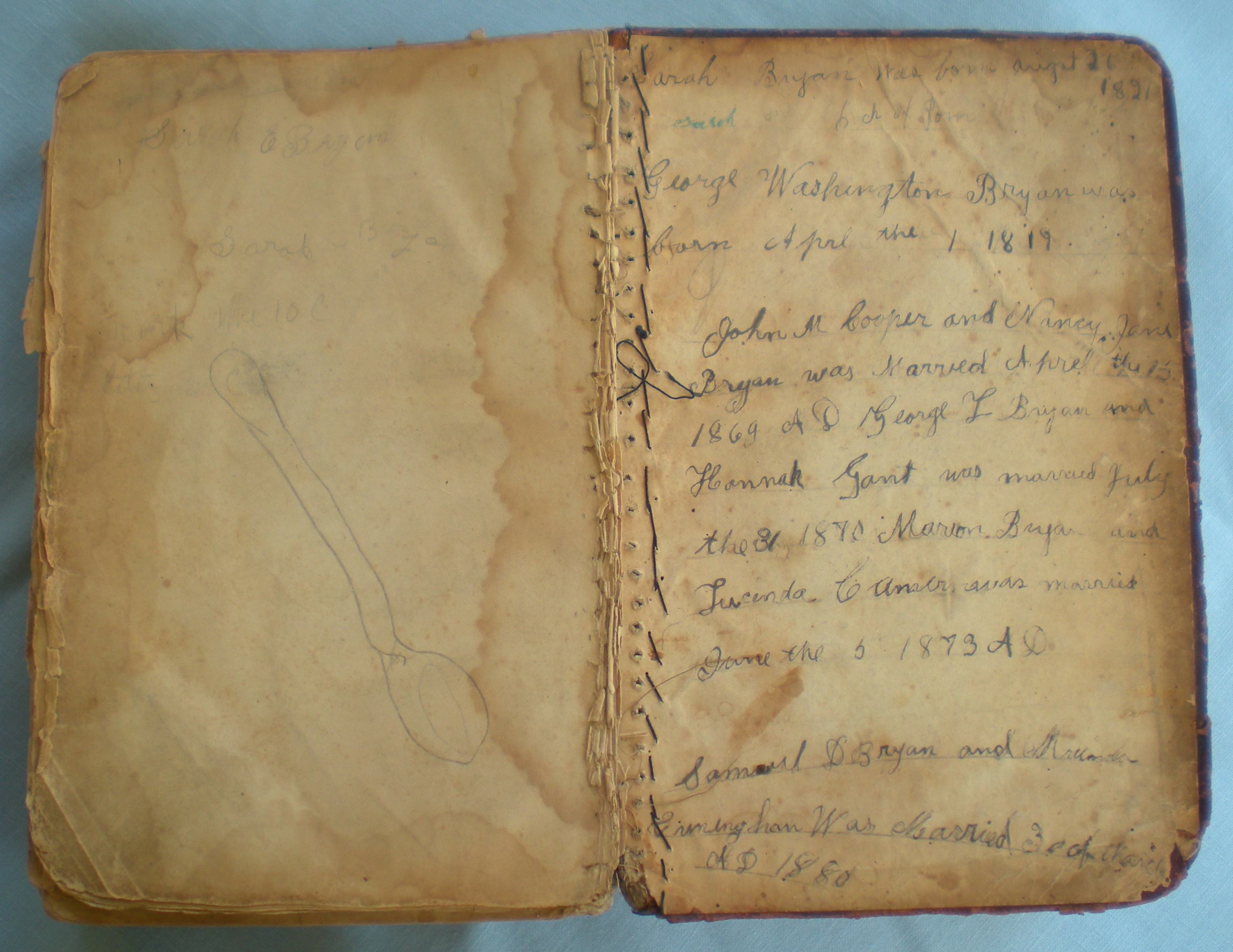 Back cover of Bible:

Stay tuned for the next episode of The Bryan Family Bible: Can’t Leave Well Enough Alone.