I’m working on some posts from my recent trip to Iowa. In the meantime, I’m going to try a Sepia Saturday post. I’ve not done this before……

From the Sepia Saturday blog:  Launched by Alan Burnett and Kat Mortensen in 2009, Sepia Saturday provides bloggers with an opportunity to share their history through the medium of photographs.

Today’s image features Dinah Shore and Burt Bacharach playing tennis in 1971, so to go along with the theme of “celebrities” or “the 70s”, I’ve chosen a picture (or four) that my husband took during the filming of The Sugarland Express. 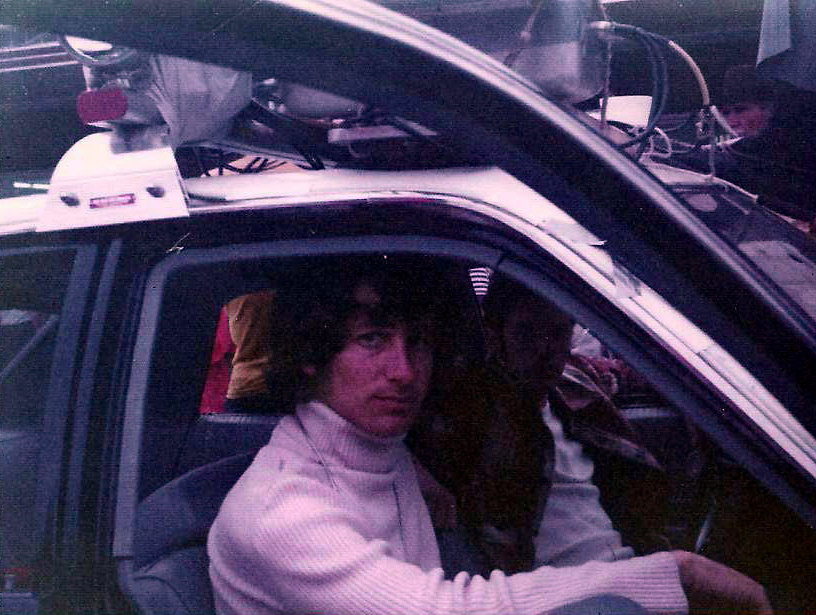 Steven Spielberg on set of The Sugarland Express

Hubby’s best friend in high school wanted to direct movies, so they went to watch the filming of The Sugarland Express, directed by newcomer Steven Speilberg. Released in 1974, the movie starred Goldie Hawn, Ben Johnson, William Atherton, and Michael Sacks. You can read more about it here or here. 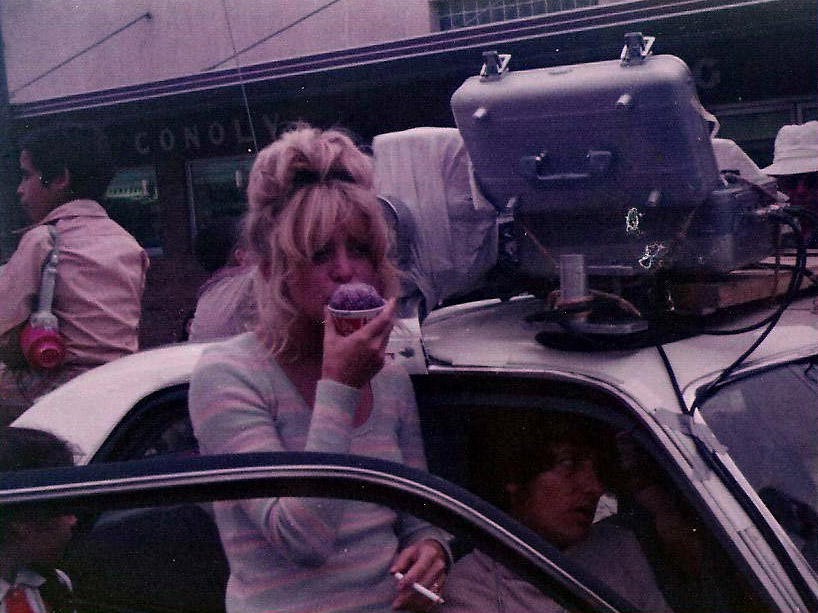 Goldie Hawn on set of The Sugarland Express

The pictures above were taken in Floresville, Texas, but my husband and his friend also watched filming at a high school football stadium in San Antonio. 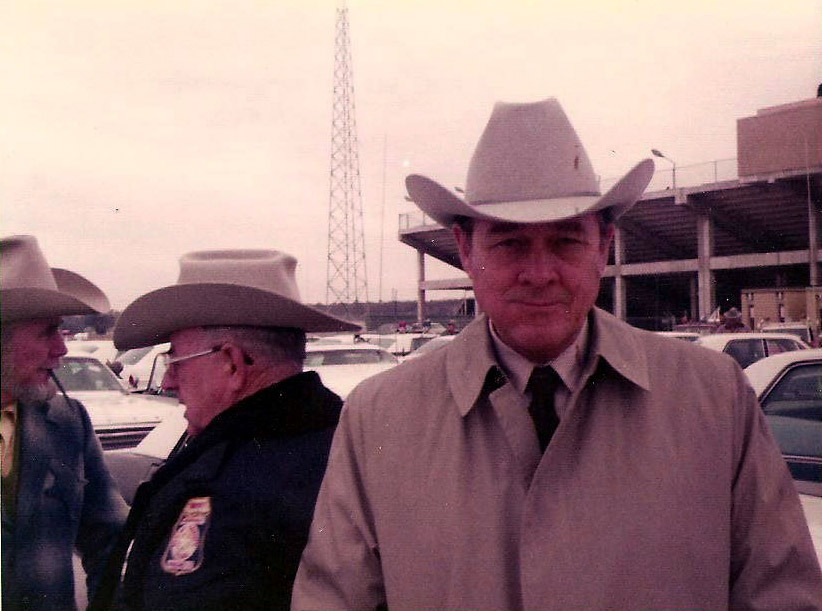 Ben Johnson on set of The Sugarland Express 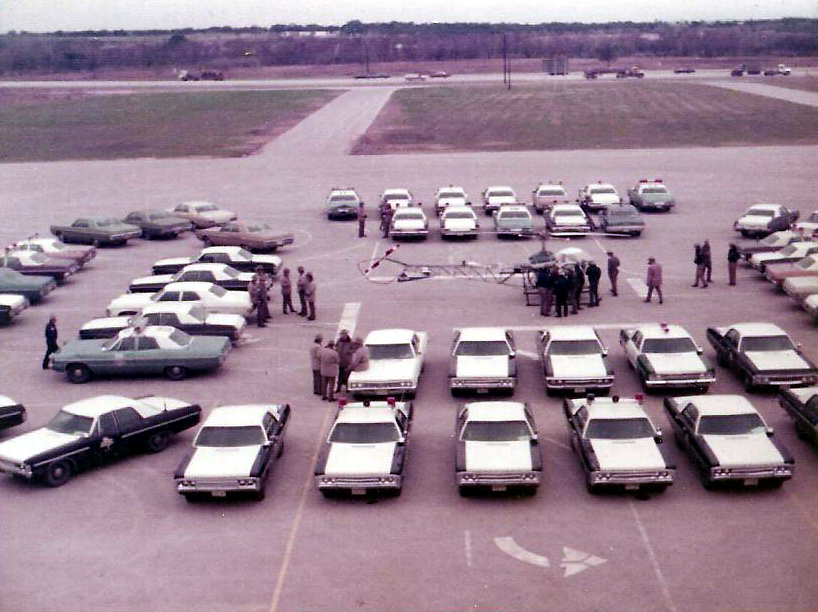 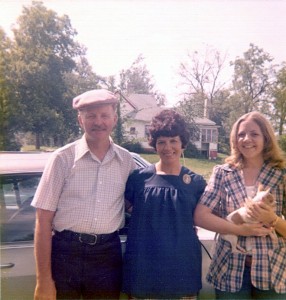 I traveled to Iowa last week to attend the funeral service for a dear lady who exemplified beauty not only in appearance, but also in spirit. Jo was a source of light for those close to her and will be missed terribly.

My Dad(Jerry) lost his wife and only brother in a week’s time. My sister lost her mother, an uncle, and two of her chihuahuas in two month’s time.

The little chihuahua I am holding in the picture belonged to Jo. She has always had at least one as long as I have known her and passed the love of chihuahuas on to her daughter. There is a legend that chihuahuas lead their owners to the afterlife, a thought that provided some comfort in the closeness of these losses.

There are some big holes in the fabric of our family, but how lucky we were to have had them in our lives!

My week in Iowa, although marked by sadness, was also filled with goodness:

A beautiful, loving and heartwarming service for Jo.
Reconnecting with family I hadn’t seen for much too long.
The sharing of many stories.
Acts of genealogical kindness.
A visit to an old cemetery and the family there.
Revisiting some of my childhood haunts and visiting with people from my past.
Pictures – but not nearly as many as I wish I had taken.
And – although I missed my technology – the time spent just experiencing the moment and being with loved ones. 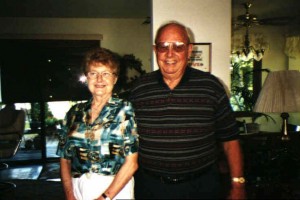 I learned that my Uncle entered hospice a few days ago. He’s the son of Grandmother Abbie (Webber Smith Brender).

I always hear the “flavor” of my grandmother’s voice in his voice. His sense of humor and joyful laugh are much like hers as well. He always loves a good joke – and bad jokes too! You can see it in that smile, can’t you? 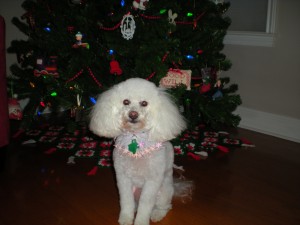 The picture above was taken at my uncle’s house in July 1999 during a family trip to Iowa. He had a small workshop and had taken up making trivets and Christmas ornaments and other “doodads” with his saw and pieces of scrap wood and siding. The white ornaments he gave us really stand out on our Christmas tree. There is one in this picture right above Lola’s head. 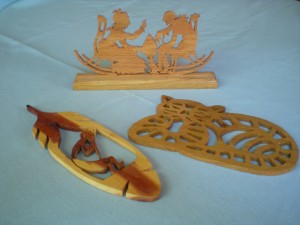 Here are a few of the trivets and decorative items he gave us during our visit. His hobby also reminded me of his mother. Grandma Abbie enjoyed crafting and continued making things for others even as her eyesight was failing.

Before I finished writing this short post today, I learned that another family member of this generation had a setback in the hospital. And so I am reminded of our most precious family treasures and the stories they have to share.