As I noted previously, I’m deconstructing this wedding photograph found among my grandmother’s photographs and papers. No one was identified in the picture and I had no idea who they were when I found it. Other photographs and copies of a few letters provided clues. In Part 1 I identified the groom as George Elgey, a cousin (so said the back of a photo) of my grandmother, Eveline Coates.

Among Eveline’s photographs are several of a young woman identified as Ethel Elgey. 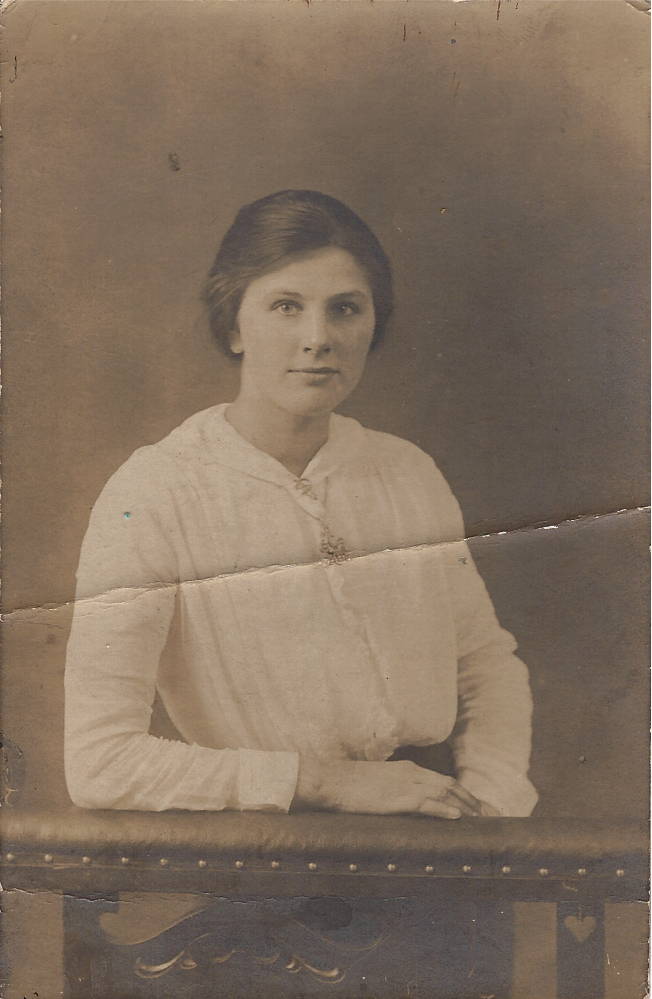 George was quite handsome. The same can be said of Ethel. I think she is lovely.

Ethel wrote a greeting to my grandparents on the back of the photo above. 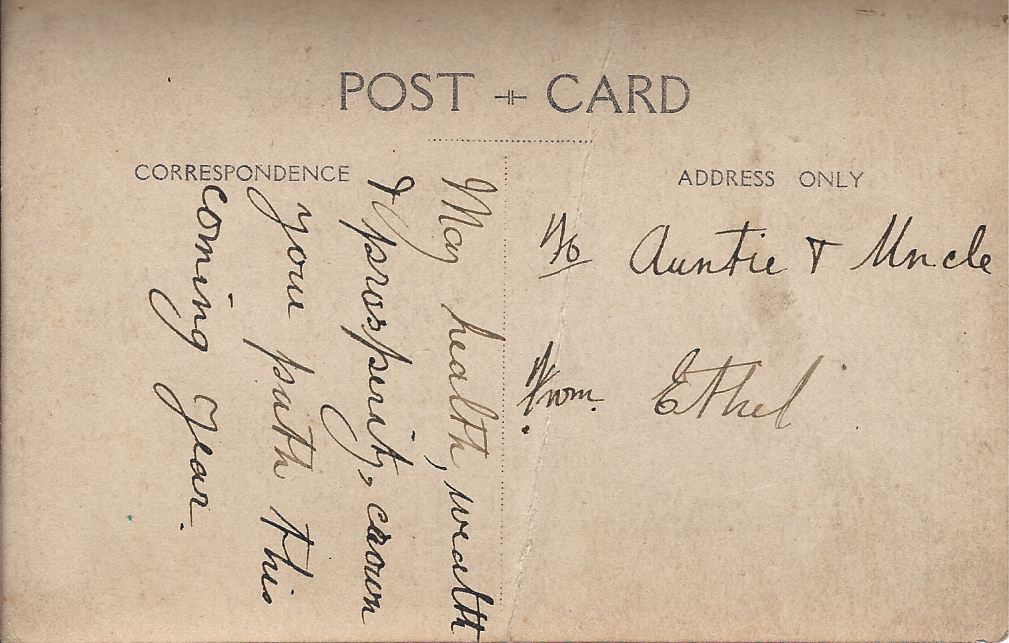 To Auntie & Uncle
From Ethel
May health, wealth & prosperity, crown your path this coming year.

There are five pictures of Ethel in Grandma’s collection, but one more should suffice. This photo is identified as Baby Jennie and Ethel. 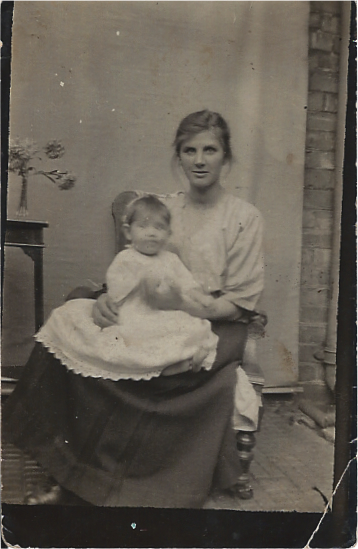 I think I found Ethel in the wedding photo – on the right in the light colored dress and hat. 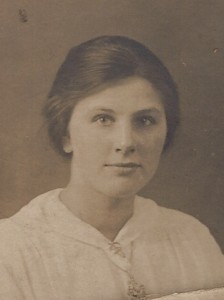 They look like a match to me, although the wedding picture doesn’t do her justice.

Other posts related to this group: Letters from the HMS Birmingham, The Clue on the Cake, George’s Wedding Photo Part 1.

I welcome your comments!

A misdirected click on my iPad published something before it was finished.

It is gone from the blog now, but my apologies to those who receive posts automatically!

Today’s prompt photo comes from the Flickr Commons collection of the Australian National Maritime Museum and is entitled “Group Portrait of an Unknown Family”. I thought of a photo that has been a great puzzle to solve. And I got a new clue this week thanks to Sepia Saturday!

I started by scanning two pictures – a wedding cake and a wedding party. I got sidetracked by the cake when I discovered a clue to the identity of the bride in the wedding party (!), so the cake turned into a post of its own. I have decided to deconstruct the wedding photo into several posts. So that is where we are headed.

Please take a look at the wedding cake. It kind of sets the stage – and its a really interesting cake! The back of the cake photo was identified by this:

To Miss Eveline Coates
From Cousins George and Bella

Eveline was my grandmother. At the time I was first going through papers and photographs that belonged to Eveline, I had no idea who George or Bella were.

Also among the photos was a picture of a wedding party – but there was no identifying information on the back. I thought they might go together.

One of the things I have found frustrating and funny as I go through family photos – a picture of a cake, or a cat, or a building will be identified – but not the people! But I guess life would be pretty dull with no mysteries to solve…

As a little girl, I knew that my grandmother corresponded with relatives in England. I didn’t know their names or the relationship. She may have told me, but that’s all I remembered. That  – and the mention of a castle. What little girl wouldn’t remember that her grandmother said something about relatives and a castle in the same sentence?

There are quite a few  photographs that I assumed were the English relatives and began the process of setting them out and trying to match them up with people in the photo above. There were two pictures of a young man named George. The cake picture mentioned a George – worth a look. 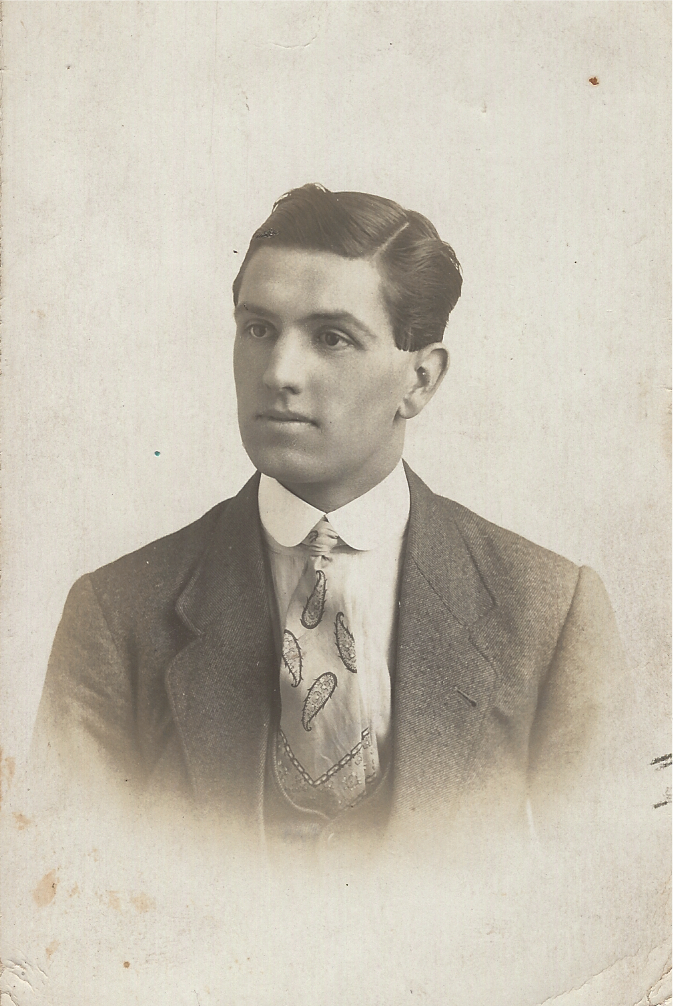 It is identified on the back with this note: 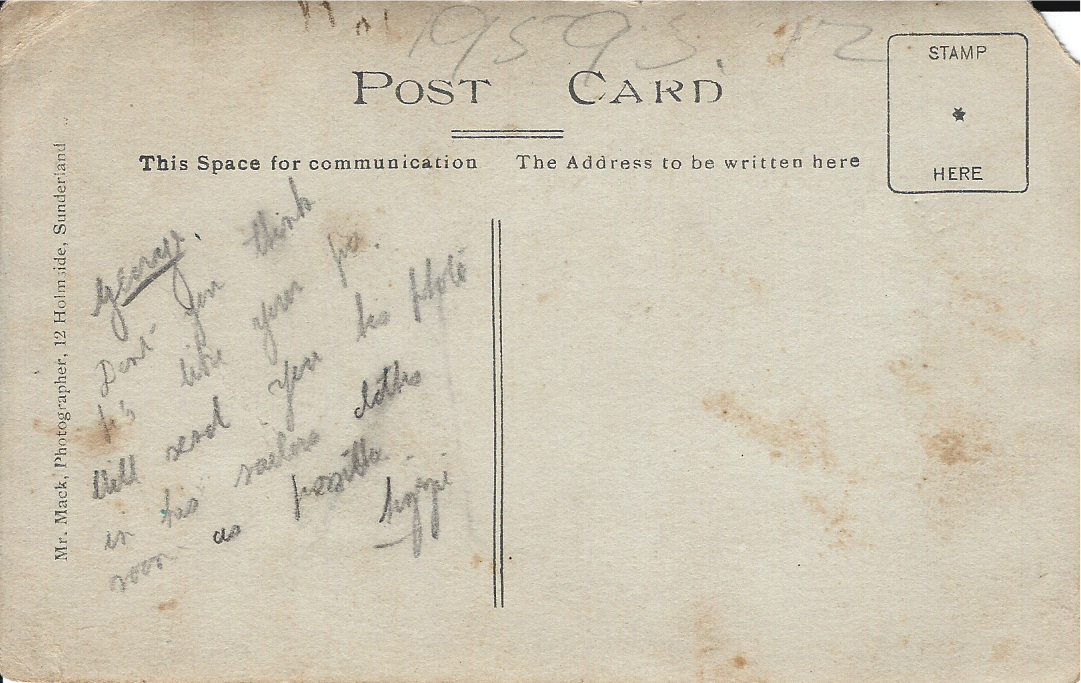 George
Don’t you think G’s like your pa. Will send you his photo in his sailors clothes as soon as possible.
Lizzie

And here is George in his sailors clothes as promised. 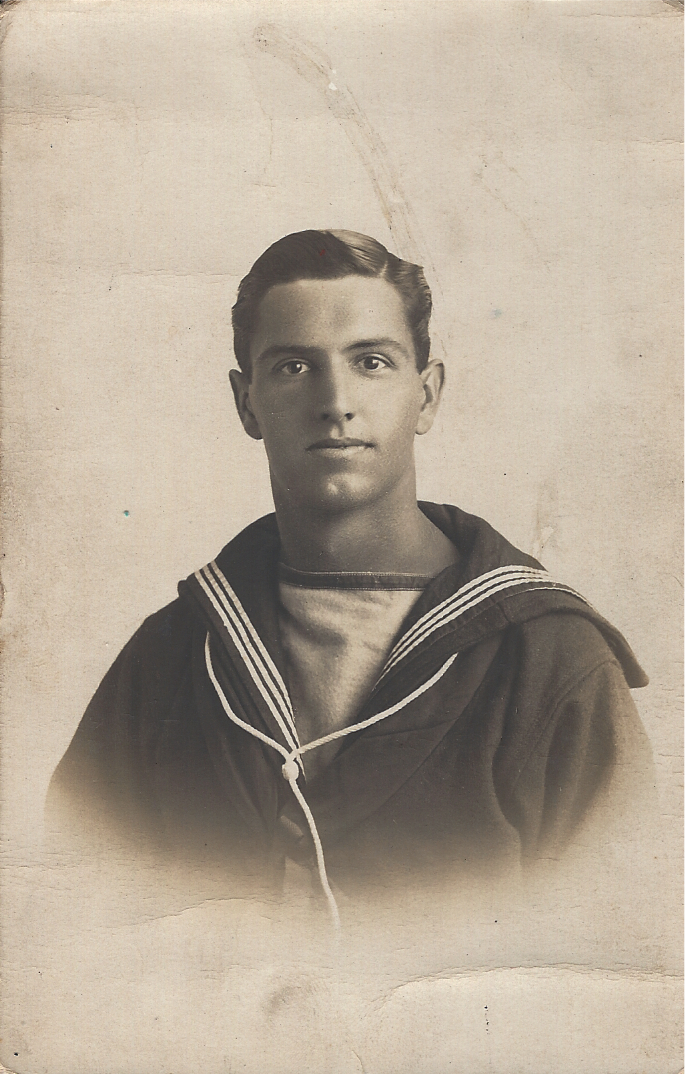 He is identified on the back simply as George. My grandmother added a last name – Elgey. Ah ah – Elgey. That was a new name to me.

Here they are side by side… 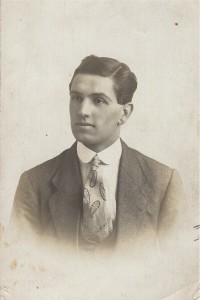 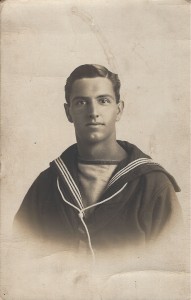 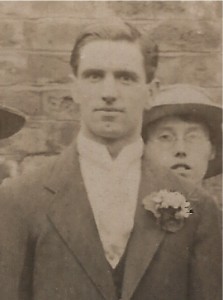 He signed the cake photo as “cousin”. So Grandma had a cousin named George Elgey.

I posted a letter that George wrote to my grandmother from the HMS Birmingham during WWI here.

I’ll be working on others in the wedding party in days to come. In the meantime, visit other Sepia Saturday bloggers to see what they have created with today’s prompt.