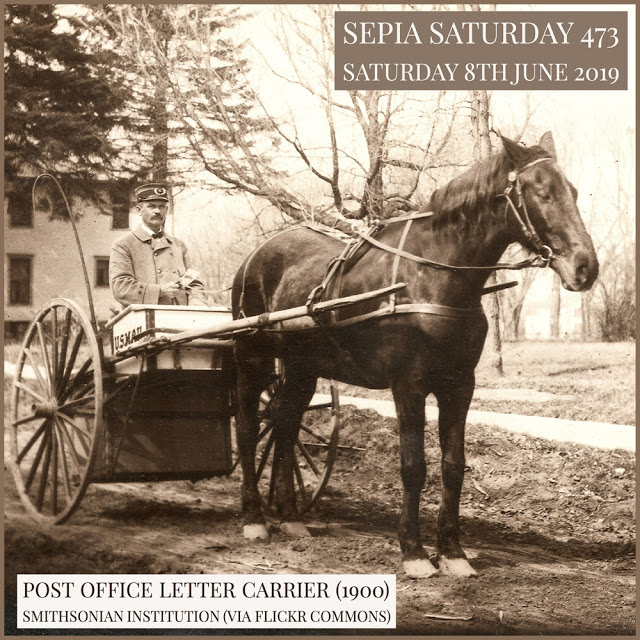 The first white men to establish residence in what would become Lincoln County, Kansas settled along the Saline River in 1865. The group of six men were known as the “Colorado Boys,” having belonged to the First Colorado Cavalry. In 1866, seventeen individuals or family groups settled in the territory. Among them were the family of my second great-grandparents, John Sylvester Strange and Susan Nancy Hendrickson.

In June of 1870, a U. S. Census was taken and included Lincoln for the first time. A population of 516 met the population requirement and a petition to form as an independent county was approved by the state legislature.

Lincoln County was linked to the outside world by a stage coach, which at first brought the mail and passengers once a week. The first post office, named Colorado after the Colorado Boys, was in the home of E. E. Johnson. The stage coach brought the weekly mail to several small settlements in the county, each with a resident serving as postmaster or postmistress.

On 14 July 1870, J. S. Strange was appointed as the first postmaster of Lincoln Center, Lincoln County, Kansas. His home served as the post office. 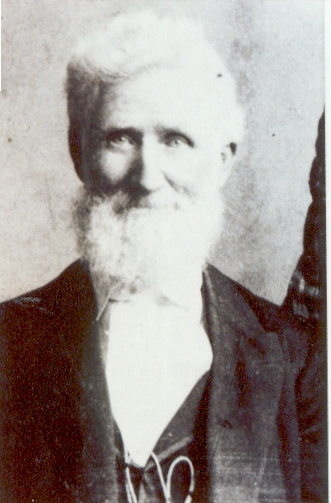 If I am reading this correctly, this document shows that a new postmaster was appointed on 11 Sept 1872.

Newspaper clippings, however, document that J. S. Strange was still serving as postmaster in 1873, so maybe what I see as a 2 is supposed to be a 3.

I don’t understand the joke about the elephant. Does this mean that he would be happy or unhappy about the move? Unhappy, I guess. 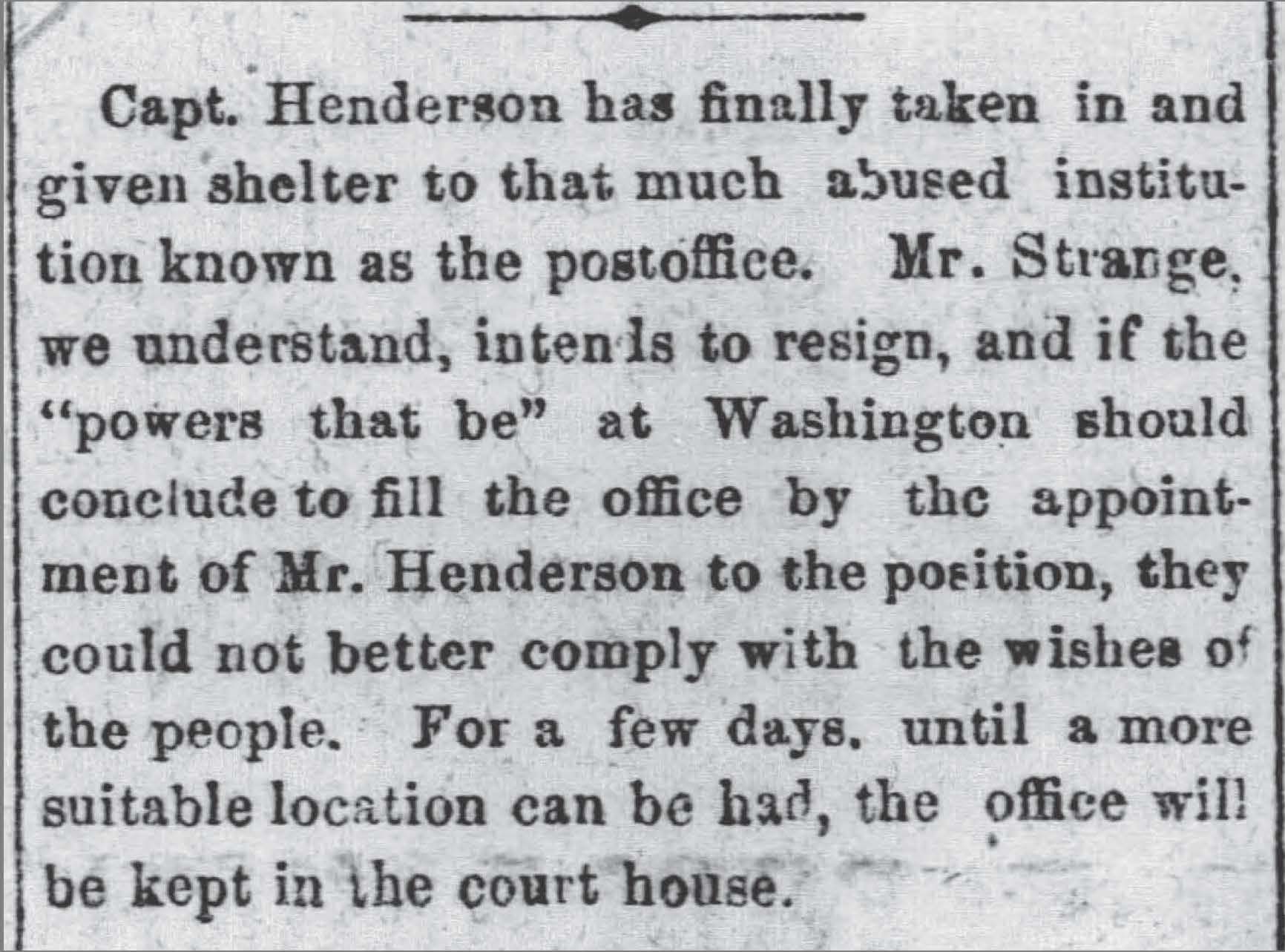 The second postmaster from the original document above is Daniel W. Henderson, so that seems to jive with the newspaper account about who would be the next postmaster.

According to Brief History of Lincoln Kansas: “Throughout the years, the post office in Lincoln moved many times. Whenever the rent was lower in another building the post office would move. The first postmaster received $12.00 per year. During the early years the postmaster’s position was political and he would likely lost (sic) his job when a president from a different party was elected. The law was changed in 1938, so the postmaster could expect to continue being employed.”

I don’t know if GGreat-grandfather Strange went about his postal area delivering the mail once a week or if there were “office hours” when folks could stop in to get their mail. J. S. Strange had a farm to manage, lots of children, other civic responsibilities, and pastoring to do, so it is not surprising that he would be ready to pass on the responsibilities of mail service to someone else after three years.

As I was doing research for this post, I found the photograph below. 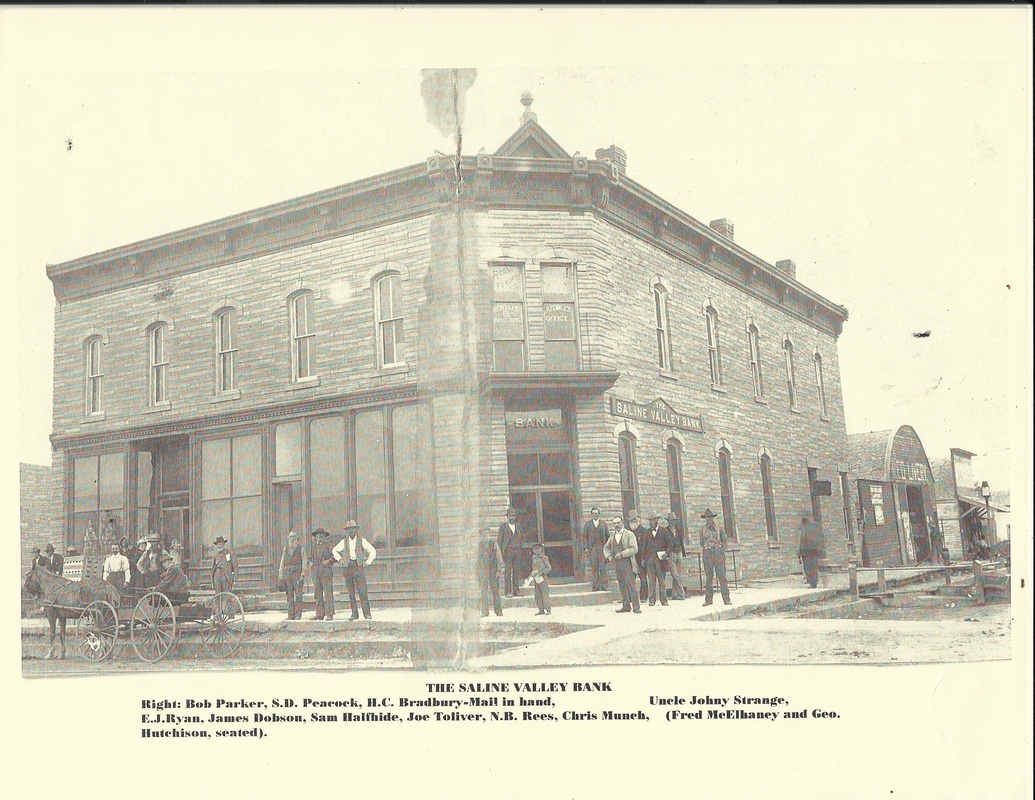 The photograph is not dated, but the Saline Valley Bank building was erected in 1883, so it was taken sometime in 1883 or later. It is hard to distinguish some of the faces, but that signature white beard on the man identified as “Uncle Johny Strange” sure seems to be my J. S. Strange. The man next to him on the right, friend and fellow minister H. C. Bradbury, is holding mail. And to top it off, there is a horse and cart in the photo.

There is no junk mail at Sepia Saturday, so feel free to read their posts – you won’t be breaking any federal postal service regulations. 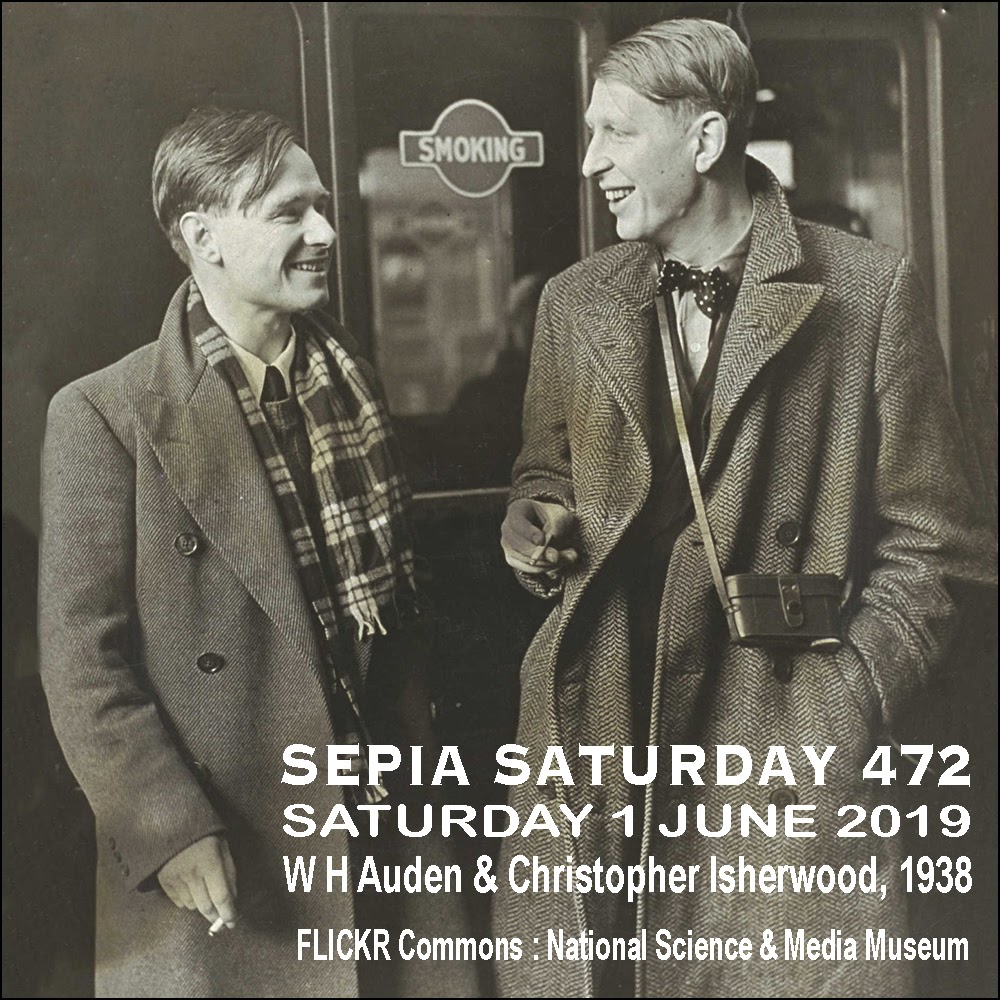 I’ve struggled this week to respond to the prompt photo and finally landed on the theme of famous people when I remembered a story from a family newsletter. The story was written by Laird Addis, Sr., brother-in-law of my grandmother Abbie Webber Smith.

Here is great-uncle Laird, looking as dapper as W. H. Auden and Christopher Isherwood in the prompt photo. There is snow on the ground in New York, but Laird is without a coat, scarf, or cigarette. At least someone had a camera. 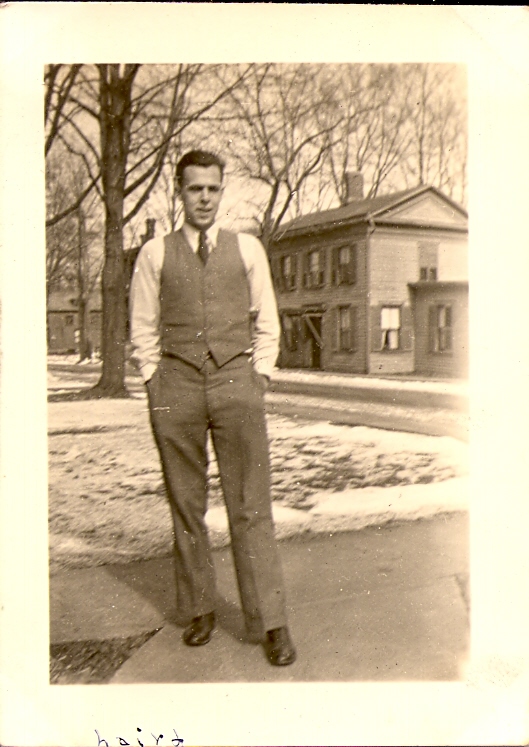 I’ll just let Uncle Laird tell the story in his own words, as submitted to the family newsletter, The Strange Webber Connection, Fall 1996. 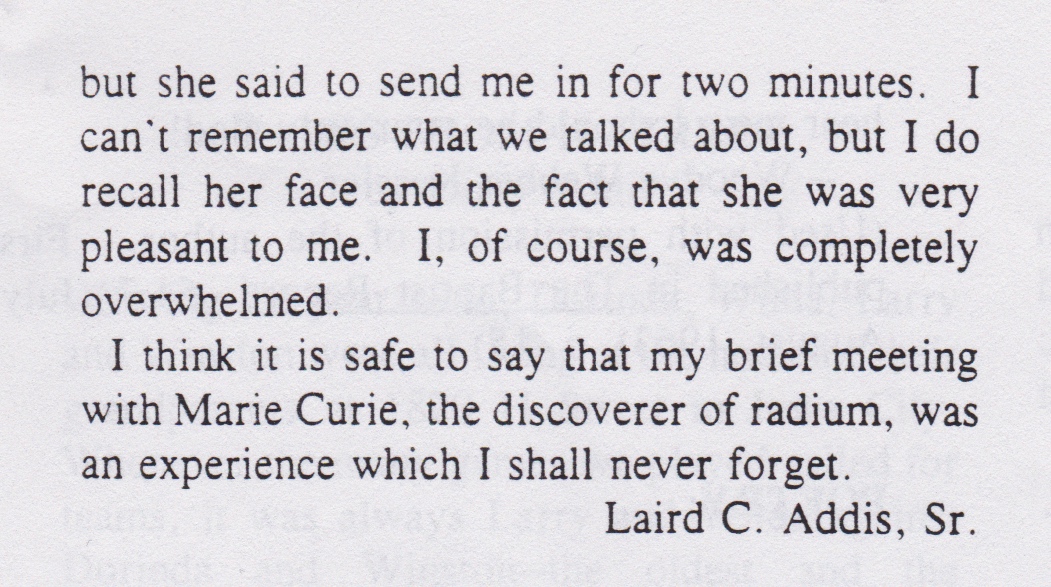 Unfortunately, there is no photo of young Laird meeting Madame Curie. 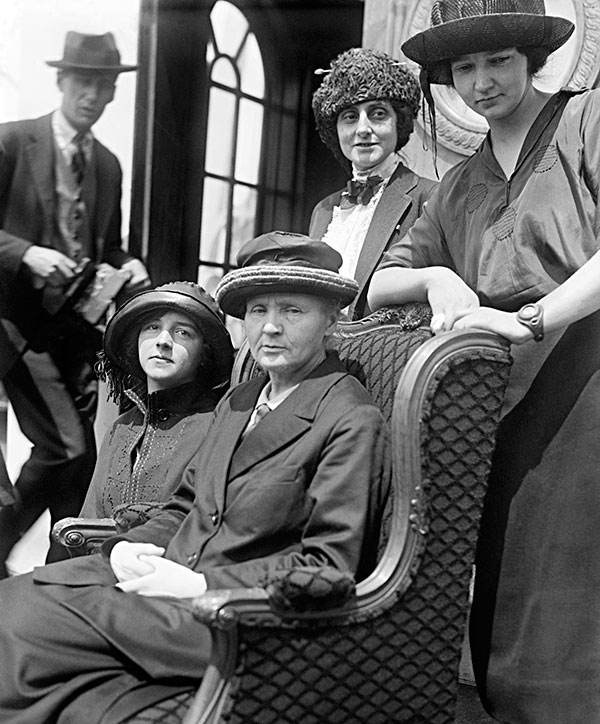 Madame Curie does look tired, which coincides with Uncle Laird’s story and the newspaper reports that described her as being ill during her visit to the United States. 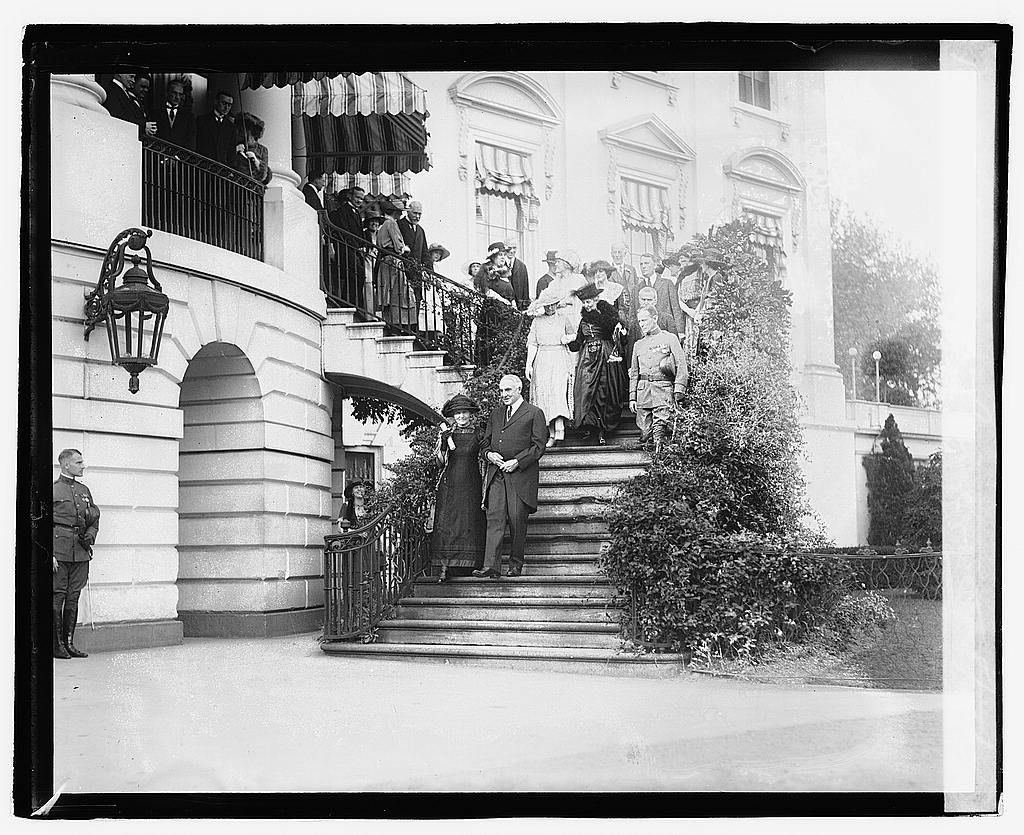 Madame Curie with President Harding 20 May 1921

My little chemo brain doesn’t have any more words today, so I’ll simply refer you to a couple of articles which provide a little background regarding Marie Curie’s visit to the United States in 1921, the crowdfunding efforts of Mrs. Meloney, the presentation of a gram of radium by President Harding, and Mme. Curie’s seemingly selfless dedication to her work.

Please travel to Sepia Saturday to explore what others have offered for the prompt.