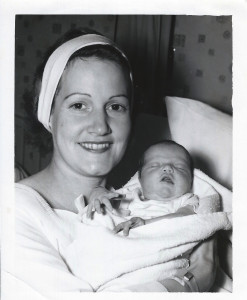 I am twelve years older than my sister Kristie, so I thought I’d share the few memories I have about her birth on her birthday.

I was asleep in my bed in Joplin when dad (Jim) woke me up to tell me that he was taking mom to the hospital and that my new brother or sister was on the way. He promised to be back in time for me to get to school the next morning.

It doesn’t seem that it would be a problem to leave your 12-year-old at home in bed on such an occasion, or that said 12-year-old would be left in charge of her two much younger siblings – after all, I was used to taking care of my sisters and was already babysitting other people’s children.

But I spent the entire night awake – at least it seemed like the entire night – working out survival plans should an emergency happen on my watch. The imagined tragedy that I remember playing out most vividly was that there would be a fire. We had a new one-story, three-bedroom house with a front door, a sliding glass back door, and a garage. But what if the fire was in that part of the house and I couldn’t get the three of us out through one of the doors? The bedroom windows were short and wide and I wasn’t very tall. How could I get a preschooler and a toddler safely out of a high window? Could I throw a crib mattress out the window and then toss the girls out, hoping they would land on the mattress? What if the window didn’t open wide enough for the mattress to fit through? If I stood in the baby crib, could I direct their fall onto some pillows? What if one of them got hurt?

All night long. Over and over. I was a mess by the time morning rolled around.

We made it through the night and there were no fires nor any fatalities. Dad came home in time to report that I had a baby sister and that everyone was fine and that I needed to get ready for school.

I really didn’t want to.

I attended South Junior High and was suffering through a couple of years of social anxiety. It wasn’t long into the school day – probably while I was still in home room and hadn’t even gone to class yet – that I left the classroom, threw up, and found myself lying on the all-too-familiar cot in the nurse’s office. My stay there that day was a combination of a night of worry and lack of sleep and wanting to see my mother and hoping everyone was okay – made worse by knowing there was no one at home to go home to. It was also just a fairly common routine that year: go to school, start feeling anxious, throw up, go to nurse’s office, take temperature, no fever so lie here until you feel better, go back to class.

I don’t have any vivid memories about meeting Kristie for the first time or when she and mom came home from the hospital. 🙁 But I do remember that I considered myself a second mother to Kristie. I spent many hours holding and rocking and feeding and burping and singing to her. Even though I helped with and played with my other sisters, being twelve at the time made this baby different. I felt like an adult and the time I spent caring for Kristie gave me my first inkling that maybe I could be a mother some day – although for the longest time I really wanted to skip the whole mother thing and go straight to grandmother! I also took pride in recording her firsts in her baby book, as Mom was pretty busy with three little ones. 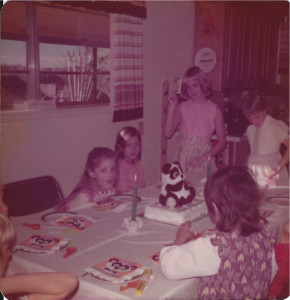 Poor Kristie! Her birthday often gets lost in the Thanksgiving Day celebration and then it’s suddenly Christmas.

I found a couple of pictures of a birthday party with one of Mom’s special birthday cakes. It is tagged as 1973 – Kristie’s birthday, although Karla’s sleeveless dress in December makes one wonder. The family was in Texas by then (or was it New Mexico?), so it is entirely possible. I think the panda bear cakes Mom made were usually chocolate. And very cute! 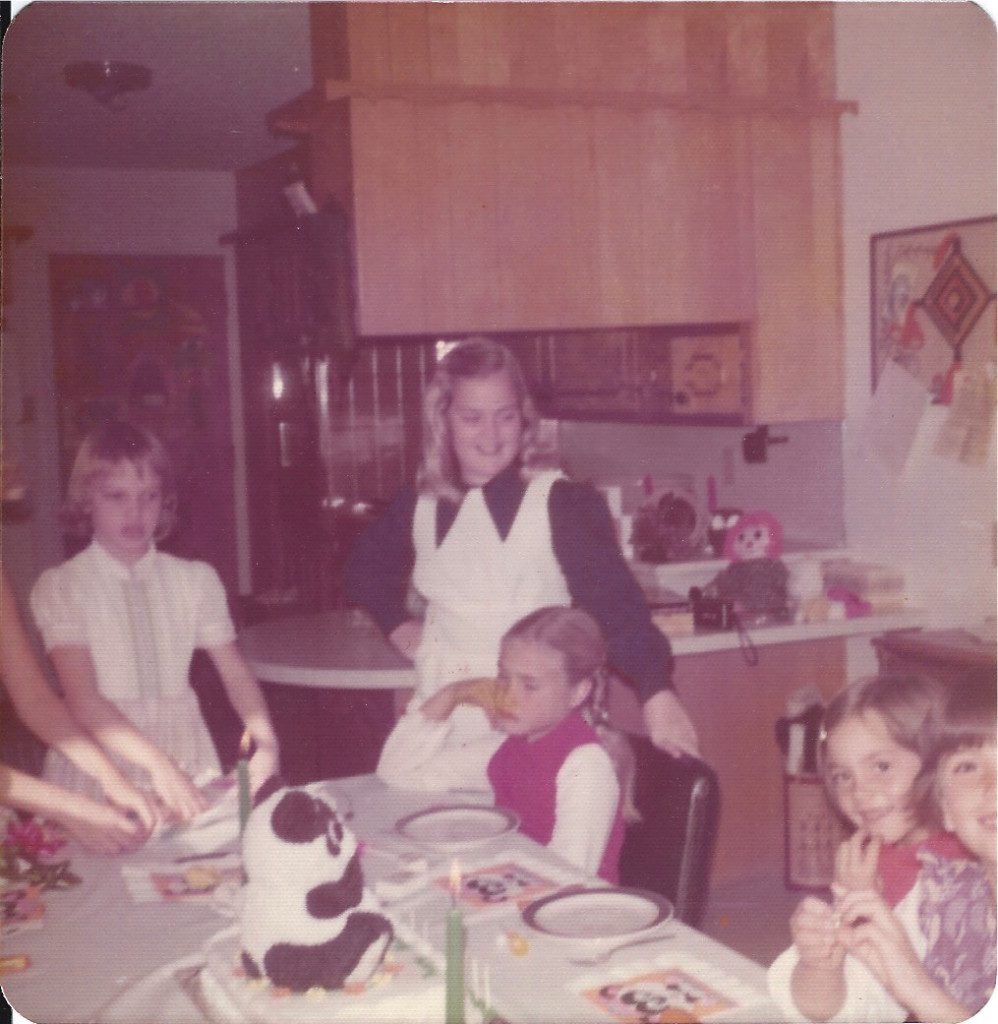 So Happy Birthday Kristie! And thanks a lot for ruining my sleep 50 years ago.