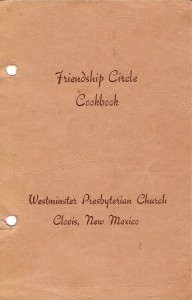 Mom made today’s recipe often as I was growing up because everyone in the family liked it. She usually served her spaghetti with a salad and garlic bread. But not always. There might have been a jello salad or another vegetable on the table.

My husband comes from an Italian family. HIs ancestors emigrated from Sicily. A sauce recipe that lists tomato soup as an ingredient does not qualify as Italian food in his estimation. I used to make it for him anyway, but it’s a rare meal at our house these days.

It’s comfort food for me. Makes me feel loved and nourished.

*** As I was typing this, I couldn’t help but think about the Andy Griffith episode where Andy mistakenly has too many dinner invitations and everyone serves spaghetti with a “secret ingredient” – oregano.

You know how there is a feed on the right-hand side of your Facebook page that shows all of the things your friends commented on or liked?

I confess. I hover there from time to time….. just checking to see if my friends are up to something I ought to know about.

I was hovering the other day when I read something that sounded awfully familiar. I read it again and then went to the notebook where I have some of my grandmother’s papers – including some newspaper clippings that she kept. Sure enough…. an almost identical match.

Here is what my friend had liked on Facebook:

And here is what my Grandma Hoskins (Eveline Coates) had clipped and saved from the newspaper: 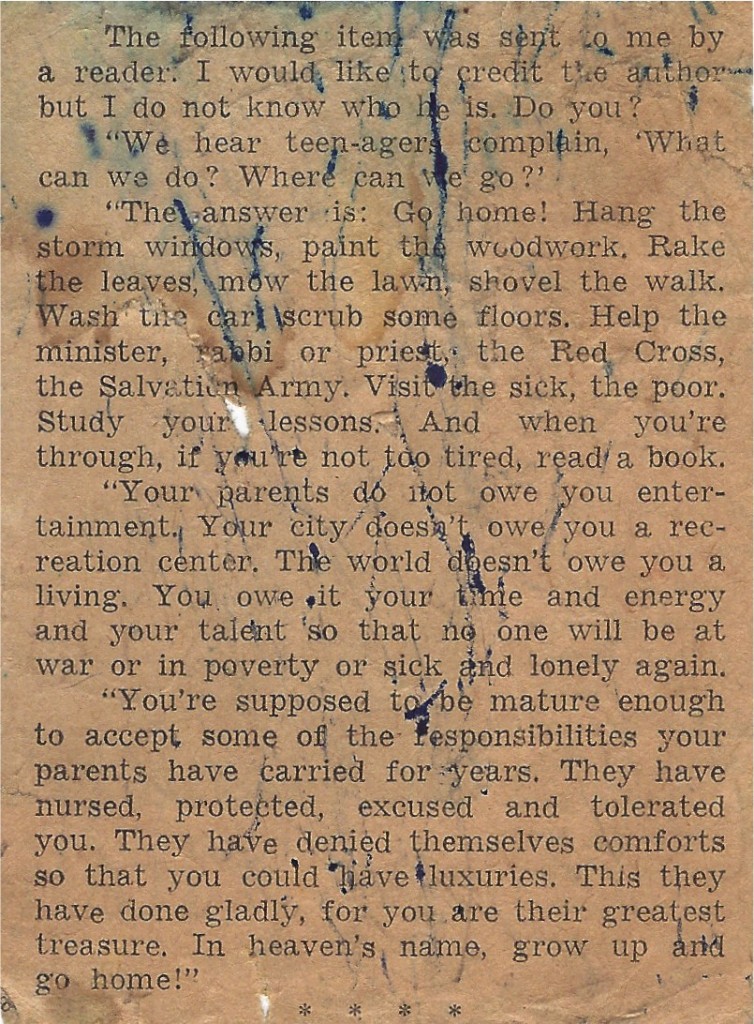 My best guess was that Grandma’s newspaper clipping was published sometime in the 1960s. Some 40 years later here it is, making the rounds on Facebook. What’s up with that?

A little googling led me to some explanations.

“The Northland Age has inadvertently created an internet sensation, with a page 3 brief published two years ago being picked by social media and shared tens of thousands of times worldwide,” reports The Northland Age (Kaitaia, Northland, New Zealand) in an article titled “Exporting to the Americans” and published August 23, 2012.

It goes on to say that Principal John Tapene quoted the words of an American judge (written in 1959) in an April 2010 newsletter. The Northland Age reproduced it in May. Then it was picked up by a Canadian radio station, and later an Alaska-based parenting blog posted it on its Facebook page. That’s when it went viral.  There was even an article about it in the Huffington Post.

I was relieved to know that John Tapene is a real person, alive and well, living and working in New Zealand.

A January 2010 article in the Pierce County Tribune in Rugby, ND states: “We recently came across this message that appeared on page two of Pierce County Tribune’s Dec. 17, 1959 issue. It was quietly nestled between the area news and local happenings. No reason was given. I suspect the editor just thought it was a good message.” The original message/advice is attributed to Judge Philip B. Gilliam of Denver, Co., a judge in the Denver Juvenile Court and Juvenile Hall from 1940 until his death in 1975.

The article includes the original version as it was published in 1959.

So how did Principal John Tapene come across this bit of wisdom from 1959? No idea. Maybe it has something to do with its republication in January of 2010 by the Pierce County Tribune just a few months before Mr. Tapene quoted it. Maybe he googled “advice to teenagers” while preparing his newsletter.

Or maybe his grandmother had clipped it from the newspaper and Mr. Tapene came across it while working on his genealogy.

Both the version my Grandmother clipped from the newspaper and the one currently circulating on Facebook and Pinterest and blogs around the world have been edited from the original.

Grandma’s clipping is pretty close to the original, although it leaves out the line “Repair the sink, build a boat, get a job.” Also missing are the references to being a crybaby and lacking a backbone – providing a tone that is a little less harsh.

The version currently making the rounds has a few more omissions and substitutions:
* No storm windows to hang, but windows still need to be washed.
* No raking leaves, painting woodwork, shoveling the walk, washing the car, or scrubbing some floors.
* “Learn to cook” was added and “build a boat” was changed to “build a raft.”  Lowering expectations?
* No “helping the minister, priest, or rabbi, the Red Cross and the Salvation Army” or “assist the poor.”
* No appeal based on the sacrifices made by one’s parents, nor on being “their dearest treasure.”
* No references to poverty or the poor. I guess teenagers no longer owe the world their time and energy and talents so that no one will ever be in poverty again.

So, to answer my original question, “Yes, that is (almost) Grandma’s newspaper clipping on Facebook.” 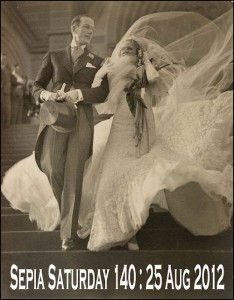 No Fred Astaire or Ginger Rogers among my photos. Instead, I decided to focus on the bouquet. Are those calla lilies? I thought there might be at least one calla lily bouquet among the photos of my husband’s families. You’ll have to tell me if they are or not. I’m no expert.

Now that I am sharing these pictures, I realize how little information I have recorded for my husband’s family. How embarrassing! So we’ll just focus on the photographs.

This beautiful couple is my husband’s grandparents. The photo was hand tinted and the flowers highlighted. Not sure about the part that seems to hang over the side. Maybe the picture has faded and left this mystery where there was once more bouquet? 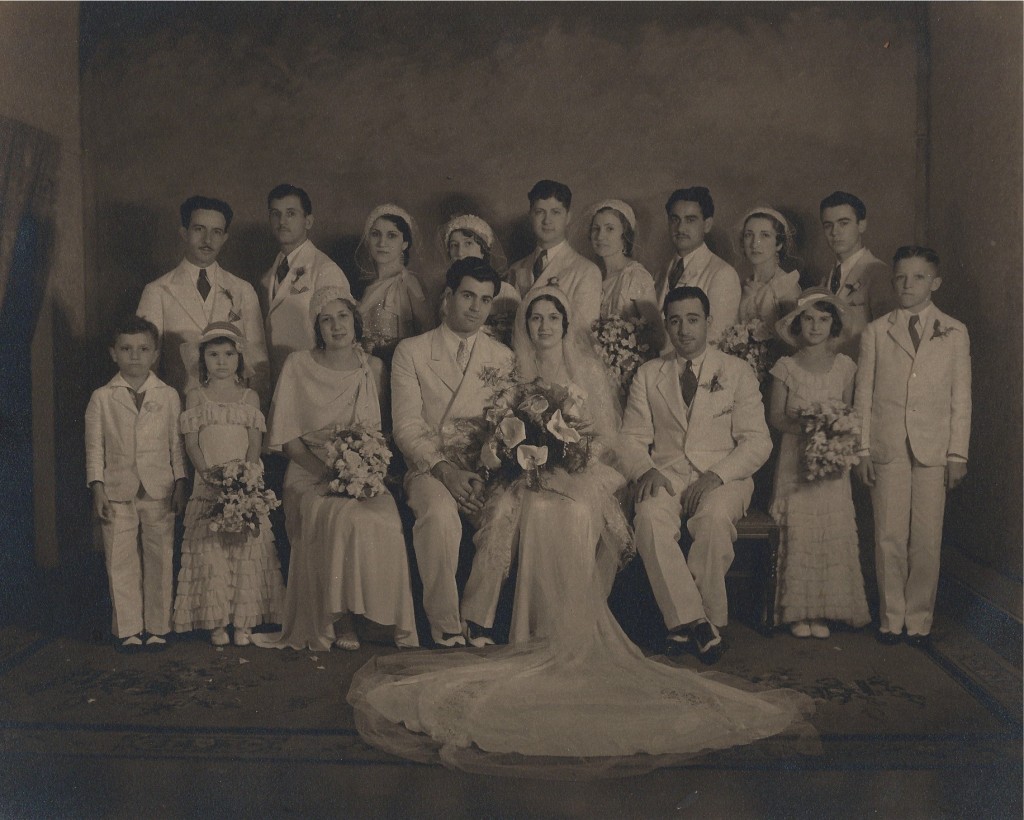 And here is the wedding party. The only person I can identify off-hand is the woman on the other side of the groom. She is Angela’s sister, Rosie. Lots of large bouquets. 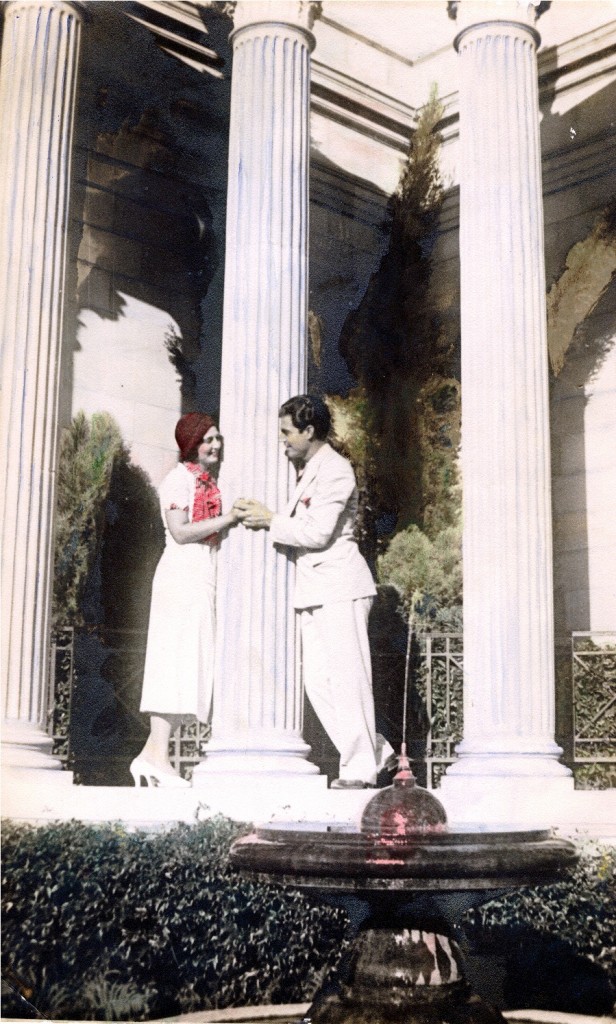 I had to add this picture of Joe and Angela because I think it is so sweet and romantic.

To see what others have done with this photo prompt, head on over to the Sepia Saturday Blog.