So much of the news these days centers on immigration policy, which has me thinking a lot about my immigrant ancestors. I challenged myself to identify the immigrants in my family and my husband’s family and consider how some of the policy ideas being proposed might have affected them.

These are the questions I’m asking:
* Who were our ancestors who first immigrated to the United States?
* How many of them have I already identified?
* Did the family follow a pattern of family reunification (what is being described as chain migration) with one person or family arriving, getting settled, and sponsoring the next family member or family unit?
* Can I determine (or make a good guess) about why they left their native country?
* How might our ancestors have fared if a merit-based policy had been in place at the time?

The newly popular phrase “chain migration” gives a negative spin to the fact that families want to be together. And for most of our families, this is exactly what happened. Someone came to the United States and others in their family joined them.

But not always. Joseph Coates, Eveline Coates’ father and my great-grandfather, left Durham, England alone when he was about 21. He was born at Brancepeth colliery, a coal-mining settlement, and the men in his family were all coal miners. I assumed Joseph left England looking for a better life that did not involve working the mines – but I guess I was wrong, because he ended up in the coal mines in southeastern Iowa. Perhaps he was lured there by advertising promoting the booming mining activity in Iowa – but I don’t know. He was a “joiner” in the mines – a carpenter by trade, really – responsible for building the frame supports.

Joseph’s story is not a story of family migration. He came by himself and, as far as I know, he never saw his parents or his siblings again, although they corresponded.

This passenger list for the ship City of Berlin, which sailed from Liverpool to New York City, seems like a match for my Joseph Coates. (#33 on the list of passengers.) 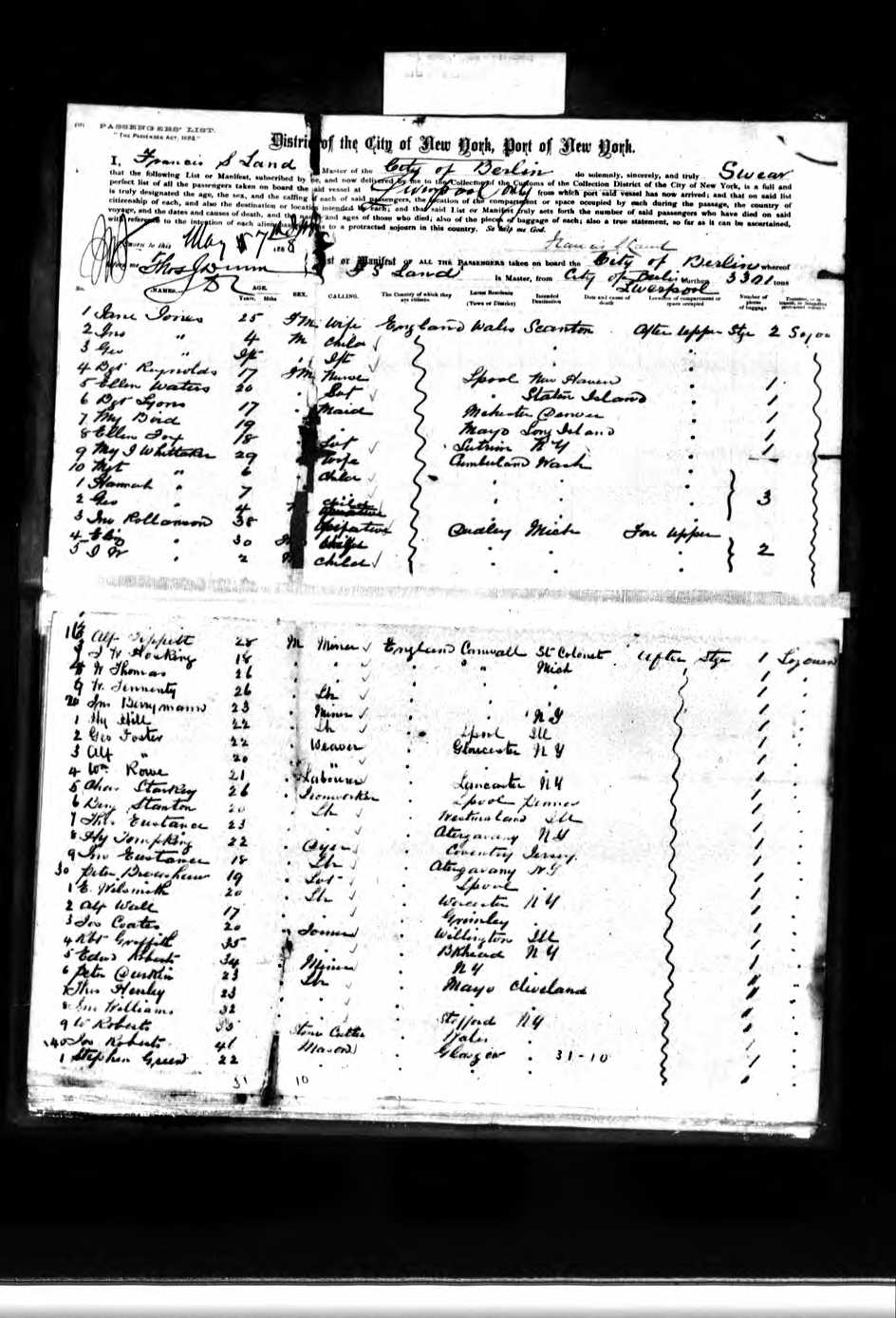 Since we don’t have details of exactly how a merit-based immigration system would work, I can only speculate that Joseph would not accrue many points.
Education: high school at most, possibly less
Age: preferred
Employment in a high demand occupation: doubtful
English language – yes
Country of origin – England could be a plus
Siblings or sons/daughters already in U.S. – no 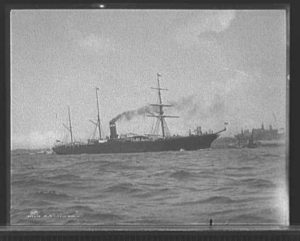 City of Berlin – Did Joseph Coates arrive on this ship?

I’ve been on a mission the past few days: finding our immigrant ancestors.

Immigration policy is highlighted daily in the news and the newly popular term “chain migration” is being touted as something negative that must be ended. My interest was piqued when I heard about the work of genealogists who have verified the so-called “chain migration” of several powerful and influential persons who want to drastically change U.S. immigration policy. It seems important that we are informed and knowledgeable about immigration history and the immigration stories of our own families as these conversations and policy decisions are made.

I usually research from those I know – my closest relatives/ancestors – and move back in time. It is what we are advised to do when we begin researching our family history. Sometimes I pay attention to ancillary relatives in the vicinity, but not always. I’ve never really paused to consider how many of “the immigrants” I have identified.

I challenged myself to identify the immigrants in my family and my husband’s family. And I challenged my Facebook friends to learn the immigration stories of their families. It’s not an easy task, and I was probably asking too much of my friends. On the other hand, it doesn’t seem too much to suggest that we at least ask the elders in our family what they know about the immigration history of our families and see what we can learn.

These are the questions I’m asking:
* Who were our (my family and my husband’s family) ancestors who first immigrated to the United States? How many of them have I already identified?
* Did the family follow a pattern of family reunification (what is being described as chain migration) with one person or family arriving, getting settled, and sponsoring the next family member or family unit? Or do our families have different stories?
* Can I determine (or make a good guess) about why they left their native country?
* And then there is the concept of “merit-based” immigration. How might our ancestors have fared if such a policy had been in place at the time?

I’m not sure how this will play out. In some cases, it’s already “Mission: Impossible.” Can’t find them; don’t know if I ever will. The stories of my husband’s Italian immigrants will surely be different than the immigration stories of my northwestern European ancestors. In fact, I’ve learned that the term “chain migration” was coined in academic writing to describe a immigration pattern common among Italian immigrants.

I’ll be sharing short posts on what I find or don’t find.

Do you know who your immigrants are?